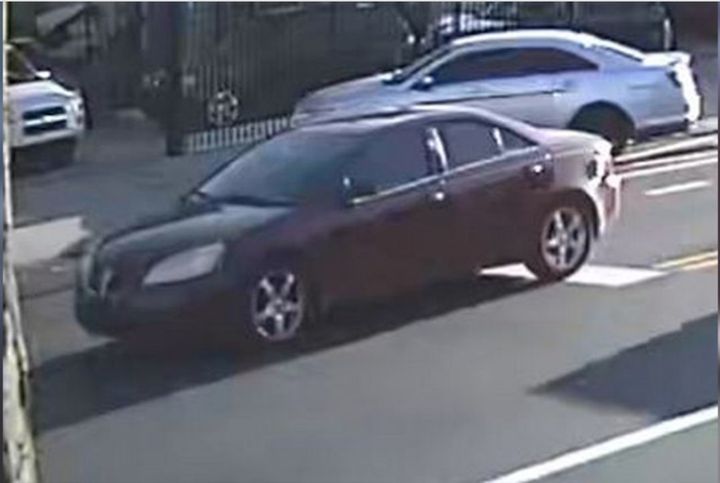 A 10-year-old boy was hit in the head by a stray bullet during a drive-by shooting in Philadelphia on Wednesday, just hours after the city’s mayor announced new plans to combat gun violence.

Semaj O’Branty, on his way home from school, had been waiting to meet his mother outside a corner store in the city’s northeastern neighborhood of Frankford when gunshots rang out, CBS Philly reported.

Police say one or more people opened fire from a red Pontiac G6, apparently targeting a group of men who were also standing near the corner store. One of the men tried to shield Semaj and fired shots back at the car, but Semaj was caught in the crossfire and a bullet struck the back of his head, according to police.

The boy was transported to a local hospital, where he remained in critical but stable condition as of Thursday morning.

The man who tried to shield Semaj was taken into custody. Police are still searching for the suspect or suspects who shot the boy.

The motive and offenders are unknown at this time, police said in a press release on Thursday. Police released images captured by surveillance cameras of the red Pontiac G6 and encouraged anyone with information to contact their tip line.

“This is just unacceptable,” Deputy Police Commissioner Joe Sullivan told reporters at the scene on Wednesday. “We have to join police and community, come together and work together to get people like this off the street.”

Last month, two infants in Philadelphia were struck by stray bullets in separate incidents. Nikolette Rivera, 2, was killed on Oct. 20 when someone fired an automatic rifle into her family’s home. A day earlier, 11-month-old Yazeem Jenkins was shot four times while in the back seat of a car. He remained hospitalized and fighting for his life as of Monday.

“Outraged, disgusted, and heartbroken by the violence this weekend that claimed the life of an innocent 2-year-old and left another infant fighting for his life,” Kenney tweeted at the time. “Philadelphians should not live in fear of violence that could take away a child’s life.”

There have been 303 homicides in Philadelphia so far this year, up 7% from the same time period last year, according to police data.