by saywharadio9 months ago10 min read 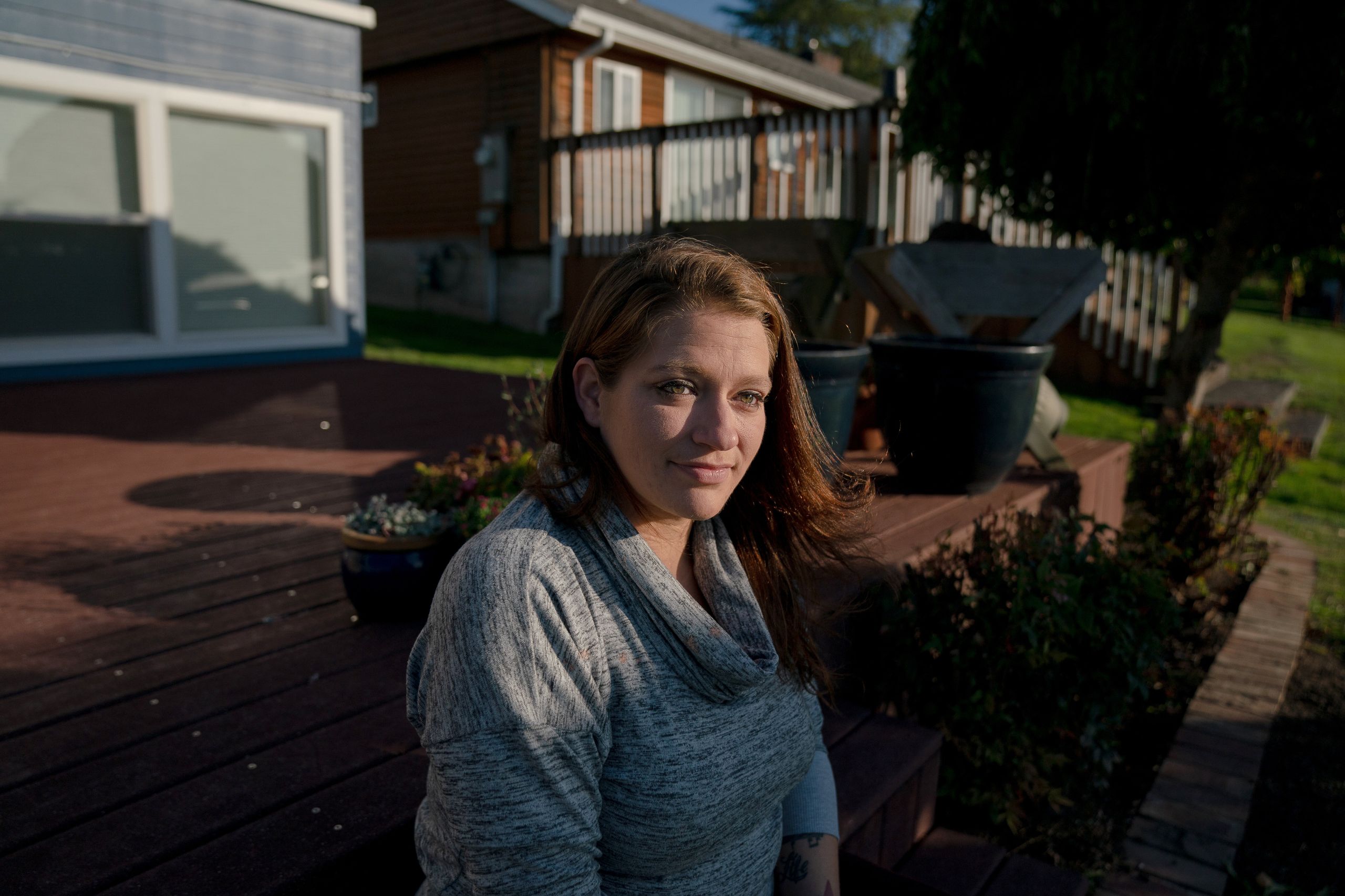 SEATTLE ― When Jessye first “graduated” from a 28-day treatment center outside Seattle, she knew she wouldn’t be able to stay clean. She became addicted to pain medication while dealing with endometriosis, and by the time she showed up at the doors of the private, for-profit rehab, she had been using Percocet for four years.

“When that got too expensive, I turned to heroin,” said the 34-year-old, who asked us not to use her last name out of concern that it might harm her professionally.

Fresh out of rehab, she was jobless, homeless and sleeping in her car, which was owned by an aunt. Then her family took away the car, because they didn’t want to enable her. After a couple of weeks, she started using again.

“I was really afraid,” said Jessye. “I really wanted to stay clean, and I really tried, but ultimately, they didn’t set me up for success.”

Addiction treatment is a big business. More than 2 million Americans spend a total of $28 billion every year on treatment at nearly 15,000 facilities across the country, according to the National Survey on Drug Abuse. About 12 percent of those opt for four-week treatment, which can cost anywhere from $10,000 to more than $30,000 a month. Many clients return multiple times before it sticks.

According to the Substance Abuse and Mental Health Services Administration, two-thirds of people who go to treatment end up going back at least once, with 20 percent entering treatment five times or more. The money flowing through private treatment companies creates perverse incentives for treatment centers ―  if treatment failed, patients and their families are told, it’s probably because the patient failed at treatment.

I really wanted to stay clean, and I really tried, but ultimately, they didn’t set me up for success.
Jessye, former treatment center client

When people leave 28-day treatment, they are often told to go to 90 12-step meetings in 90 days, or to follow up with a brief course of “intensive outpatient” treatment that their insurance may or may not cover.

One two-time treatment patient named Myra, who also did not want her last name used, laughingly referred to 28-day treatment as a “spin dry.” It was “a nice place to sleep and have some food,” she said, but once she left, she was on her own.

“People come to 28-day treatment programs in a place of brokenness of various kinds, and when they leave, all their problems that led them to use are all still there,” said Lauren Davis, executive director of the Washington Recovery Alliance in Seattle.

“When people continue to go back to treatment, they didn’t fail treatment,” she said. “Treatment failed them.”

Though many facilities use the 28-day model that was first pioneered at the Hazelden Treatment Center (now Hazelden Betty Ford) in Center City Minnesota, research has shown that drug users who are treated for fewer than 90 days are no more likely to stay sober than people who don’t go to treatment at all. One-third of people who leave treatment begin using again within three days, and half begin using again within two weeks. Only one in five people who enter treatment are sober after five years.

Maer Roshan, the editor of Los Angeles magazine and the founder of the recovery website The Fix, entered his first 28-day treatment for alcohol use disorder in late 2010. “I thought it would be like going to a doctor — you come out and you’re going to be cured,” he said. “I like to think that even then, I was pretty sophisticated about things like this, but I wasn’t any different.”

Treatment centers encourage this kind of confusion, by touting “success rates” that are based on how many people successfully completed the program ― not how many patients actually stayed sober long-term.

One impediment to accurate data is that treatment centers often don’t follow up with clients after they leave. “One of the complaints that I hear most, especially from people who’ve never done [28-day treatment] before, is, ‘I got out and I thought, “These people are my family,” and I’ve never heard from that treatment center ever again,’” Roshan said.

When people continue to go back to treatment, they didn’t fail treatment. Treatment failed them.
Lauren Davis, executive director of the Washington Recovery Alliance

The standard treatment for drug and alcohol disorders hasn’t changed much since it was first developed in the 1940s. Hazelden Betty Ford Medical Director Marvin Seppala said the 28-day model emerged from the founders’ observation that it took about 28 days for chronic alcoholics to recover from the short-term effects of heavy drinking, including physical deterioration and memory loss.

Seppala said that when insurance started covering treatment beginning in the 1960s and ’70s, they based their coverage on the 28-day model Hazelden pioneered, “and that became the norm across the country.”

The framework has been surprisingly consistent ever since. So has the treatment model, which generally consists of group counseling sessions, lectures, writing exercises and instructional videos about addiction and its effects on the brain and body.

Anne Fletcher, the author of ”Inside Rehab: The Surprising Truth About Addiction Treatment ― and How to Get Help That Works,” says there’s “a big gap between science and practice” in treatment.

“Most treatment programs say they’re using scientifically based methods, but they’re relying on a lot of educational lectures and films, which are some of the least effective treatment protocols for addiction,” she said.

“People get used to doing something and they just keep doing it,” said Seppala, who got sober on his own, at 19, after attending a 28-day program, relapsing and failing to graduate high school.

He bounced from couch to couch, drinking and snorting coke while he worked as a lab tech at the Mayo Clinic. He eventually stumbled into an AA meeting and, six months later, decided he was done drinking and using for good.

“I think part of the reason that some of the old ideas about treatment still persist is that so many people in the treatment field have developed their programs based on their own experience in treatment — they get sober, have a lot of passion and develop their own programs,” Seppala said. “When you’ve gained from something, it’s hard to break out of that.”

Hazelden doesn’t offer 28-day treatment anymore; its residential programs are all open-ended, with some patients staying in on-site sober living for months and others doing a short-term residential stay followed by months of intensive outpatient treatment.

But most other residential treatment centers in the U.S. still use the 28-day model — along with other methods that have been found to have no benefit in clinical trials, such as confrontational group therapy, pedagogical videos and lectures, and mandatory 12-step meetings.

In many facilities, patients are not allowed to make phone calls to take care of bills, set up job interviews, or figure out where they’re going to live when they leave. This can compound the stress of returning to the “real world” and facing the need to rebuild every aspect of life at once.

You’re supposed to identify your own ‘triggers’ and figure out how to deal with them. Existence was a trigger for me.
Jessye

Davis says the biggest problem with 28-day treatment, or any short-term program, is that it treats chronic disorder like an acute problem. This model gets people well enough to walk out of treatment, but doesn’t help people stay sober long-term.

“We even hold ‘graduations’ at the end of treatment, as if it’s possible to graduate from a chronic, lifelong brain disease,” she said. “It’s like giving somebody back surgery and then not funding physical therapy and blaming the patient for not getting better.”

Effective treatment, experts say, is both long-term and individualized. While one person may do well with a year of intensive outpatient followed by years of peer counseling and therapy, another may need to stay in a controlled residential environment for 90 days to get away from outside influences such as controlling partners and dealers.

But many private insurers and state Medicaid plans will only cover a maximum of 28 days, and often approve those four weeks in one-week increments while a person is in treatment. Milena Cukierman Stott, a behavioral health consultant and a former executive at two nonprofit treatment providers in the Seattle area, said there is “often a disconnect between what an individual needs” and what insurers will cover.

A complex array of state and federal guidelines and funding policies shapes those reimbursements, and therefore the structure and length of treatment programs. “If you wanted to shift that, you would need to create a system that is based on the clinical evidence and the social evidence of what works,” said Stott, rather than one based on what has always been done.

Jessye ended up going through 28-day treatment twice, at the same treatment center, and was struck both times by how little she learned about staying sober or dealing with a relapse if it happened.

“At one point, I remember they had us sing a song — I was like, ‘Why am I singing a song for my life-threatening illness?‘” she recalled. “I didn’t learn any coping skills. You’re supposed to identify your own ‘triggers’ and figure out how to deal with them. Existence was a trigger for me.”

Jessye eventually got sober through 12-step groups and therapy, and now provides mental health care for residents at a low-income housing program in Seattle.

If she had to do it over again, she said she would find a residential program that lasts at least 90 days, followed by long-term outpatient treatment. “If I had been given the right recipe, with individualized care, I don’t think I would have relapsed,” she said.

FacebookTwitterRedditEmailLinkedInWhatsApp
Advertisements
Liked it? Take a second to support saywharadio on Patreon!

2020-08-10 16:30:49 Officer inspects Apple Store Chicago police will limit access to the city centre after a night of violence and looting following...

2020-08-08 15:16:38 The Venezuelan military said it captured mercenaries after the attempted coup A Venezuelan court has sentenced two former...