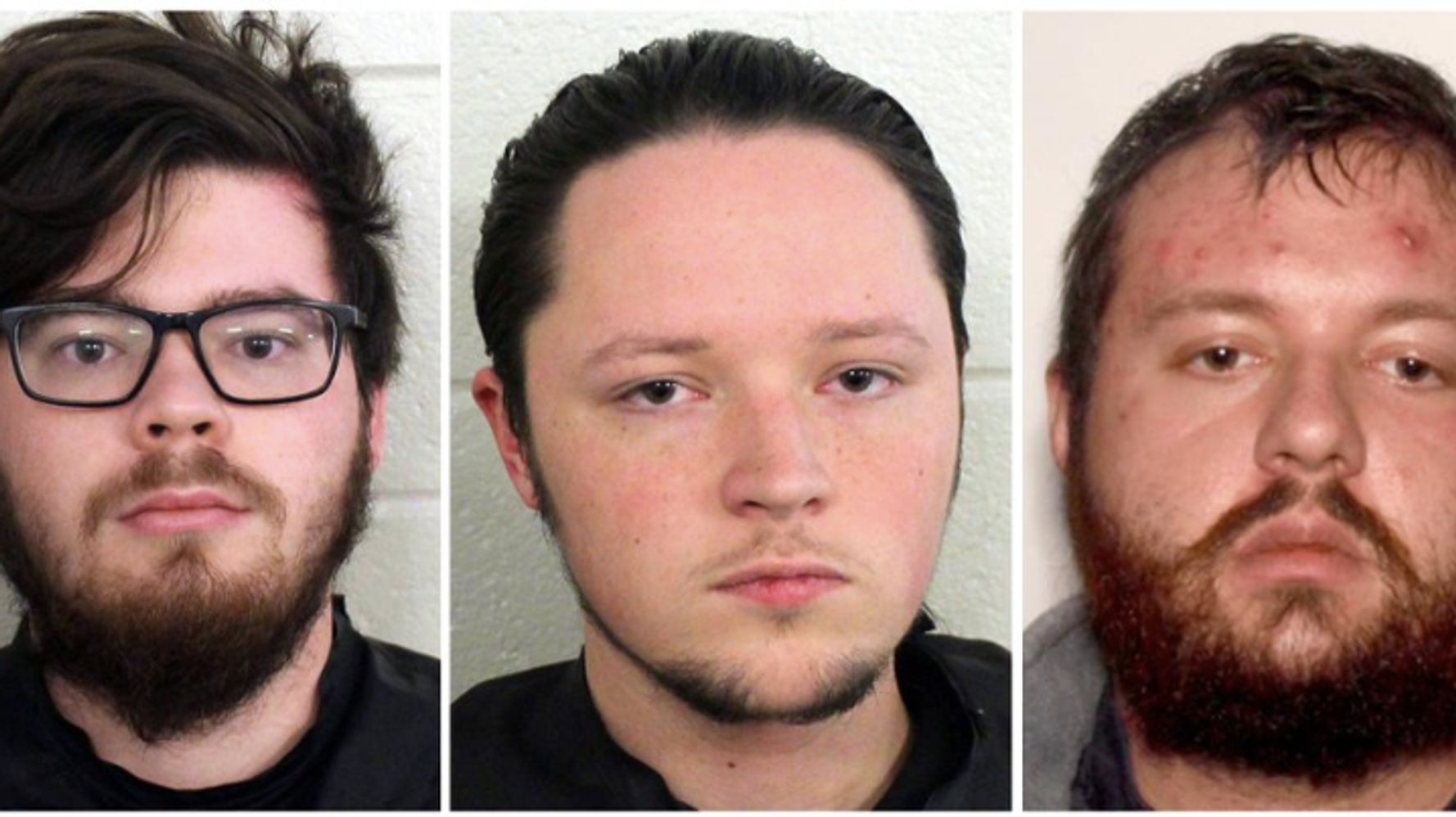 Six neo-Nazis have been arrested just days before a gun rally in Virginia is expected to draw thousands, including far-right extremists.

Three Georgia men were arrested Friday on charges of conspiracy to commit murder and participating in a criminal street gang as members of The Base, a white supremacist group that seeks to start a race war. The suspects are Luke Austin, Michael Helterbrand and Jacob Kaderli, The Associated Press reported.

The men are accused of seeking out antifascists to kill, and were planning to “overthrow the government and murder a Bartow County couple,” the Floyd County Police Department said in a statement.

Atlanta Antifascists, a group that works to confront and expose fascists throughout Georgia, told HuffPost the news of the arrests “underscores that organized white supremacists remain a threat to our communities.”

“Targeting people as members of our group has become a favorite pastime of violent white supremacists,” Atlanta Antifascists said. “Many of these people are not even connected to organized antifascism at all — they simply have become caught in the crosshairs. This is part of a concerted attempt by fascists to create a general attitude of terror and paranoia. We extend our solidarity to all members of the community targeted by white supremacy and fascism and encourage everyone to watch out for each other and keep each other safe.”

The arrests came a day after three other suspected neo-Nazis affiliated with The Base were arrested in Maryland. One of the men, Patrik Mathews, fled Canada earlier last year after his white supremacy ties were discovered. A former reservist in the Canadian Army, Mathews trained as a combat engineer and is an explosives expert.

Authorities said Mathews is a top recruiter for the terrorist group and was allegedly planning to start violence at Monday’s gun rally in Virginia along with accomplices Brian Lemley and William Bilbrough IV. Police found guns and more than 1,500 rounds of ammunition during the arrests.

Monday’s rally in Richmond is expected to draw thousands of people who oppose recent gun control bills introduced in the state legislature, including one that would require universal background checks for firearm purchase and another that would limit people from buying more than one handgun per month.

“We have received credible intelligence from our law enforcement agencies of threats of violence surrounding the demonstration planned for Monday, January 20,” Northam said in a tweet. “This includes extremist rhetoric similar to what has been seen before major incidents, such as Charlottesville in 2017.”

“[Democrats] would love for it to degenerate to ‘violence, rioting, and insurrection’ in order to smear gun owners,” the group said in a statement. “Has the Democrat leadership actually invited violent groups to attend for the purpose of disrupting our peaceful assembly?”

Hours after the statement, three of the suspected neo-Nazis were arrested. The VCDL did not respond to a request for comment.