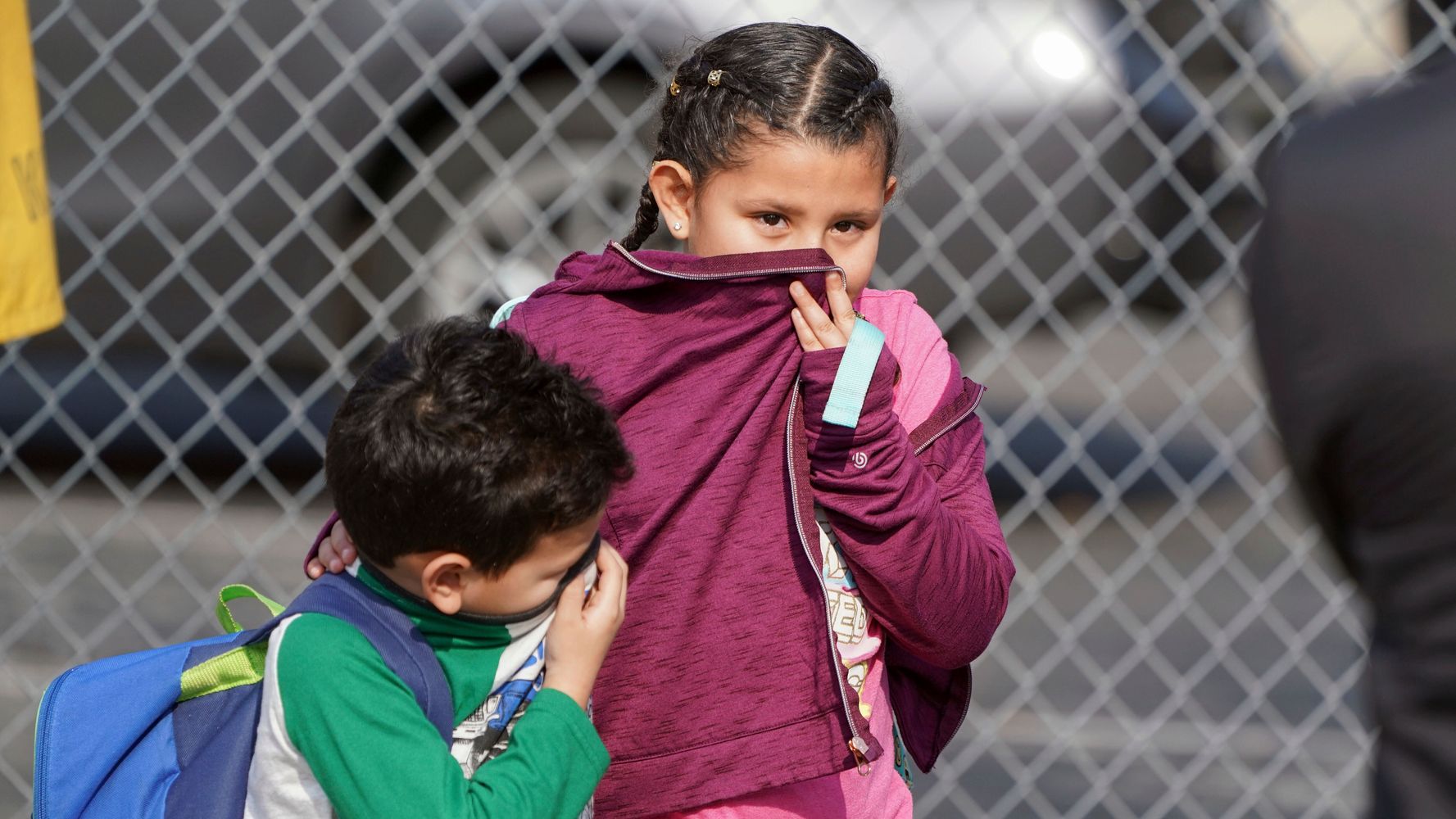 An airplane in Los Angeles dumped jet fuel Tuesday while flying over several elementary schools where children were playing, causing minor injuries among dozens of students and staff.

“Shortly after takeoff, Flight 89 from LAX to Shanghai experienced an engine issue requiring the aircraft to return quickly to LAX,” a spokesperson for Delta Air Lines told HuffPost in a statement. “The aircraft landed safely after a release of fuel, which was required as part of normal procedure to reach a safe landing weight.

“We are in touch with Los Angeles World Airports and the LA County Fire Department and share concerns regarding reported minor injuries to adults and children at a school in the area.”

An airplane making an emergency landing today at #LAX discharged fuel while flying over our schools. Students and staff may have been sprayed by fuel or inhaled fumes. Paramedics are treating those complaining of skin irritation or breathing problems. Info will be updated.

“Students and staff were on the playground at the time and may have been sprayed by fuel or inhaled fumes,” a spokesperson for the district told HuffPost. “Schools immediately called paramedics, who are on the scene and are treating anyone who is complaining of skin irritation or breathing problems. Educators are also visiting every classroom to ensure the safety and wellbeing of all students and staff.”

The district’s Office of Environmental Health and Safety, as well as school police, are also investigating the effects.

Paramedics assessed 56 children and adults for minor injuries after the fuel dump, according to the Los Angeles County Fire Department.

None of the patients needed to be transported to a hospital, and there were no evacuation orders.

L.A. County Fire Department Inspector Henry Narvaez said the fuel dissipated by the time it reached the ground but that those affected could smell it, according to The Associated Press.

The Federal Aviation Administration released a statement saying it is “thoroughly investigating the circumstances” behind the fuel dump.

“There are special fuel-dumping procedures for aircraft operating into and out of any major US airport,” the FAA tweeted. “These procedures call for fuel to be dumped over designated unpopulated areas, typically at higher altitudes so the fuel atomizes and disperses before it reaches the ground.”

Footage from the scene showed the plane dumping fuel over the area.

Los Angeles firefighters and paramedics are treating “multiple patients” after an aircraft dumped fuel on an elementary school in Cudahy, California. https://t.co/o1CepbvBGb

Here at Park Avenue Elementary School in Cudahy where 28 students were affected by jet fuel dumped by a Delta airplane making an emergency landing a couple of hours ago pic.twitter.com/P9WdXeIO7N