by saywharadio9 months ago4 min read 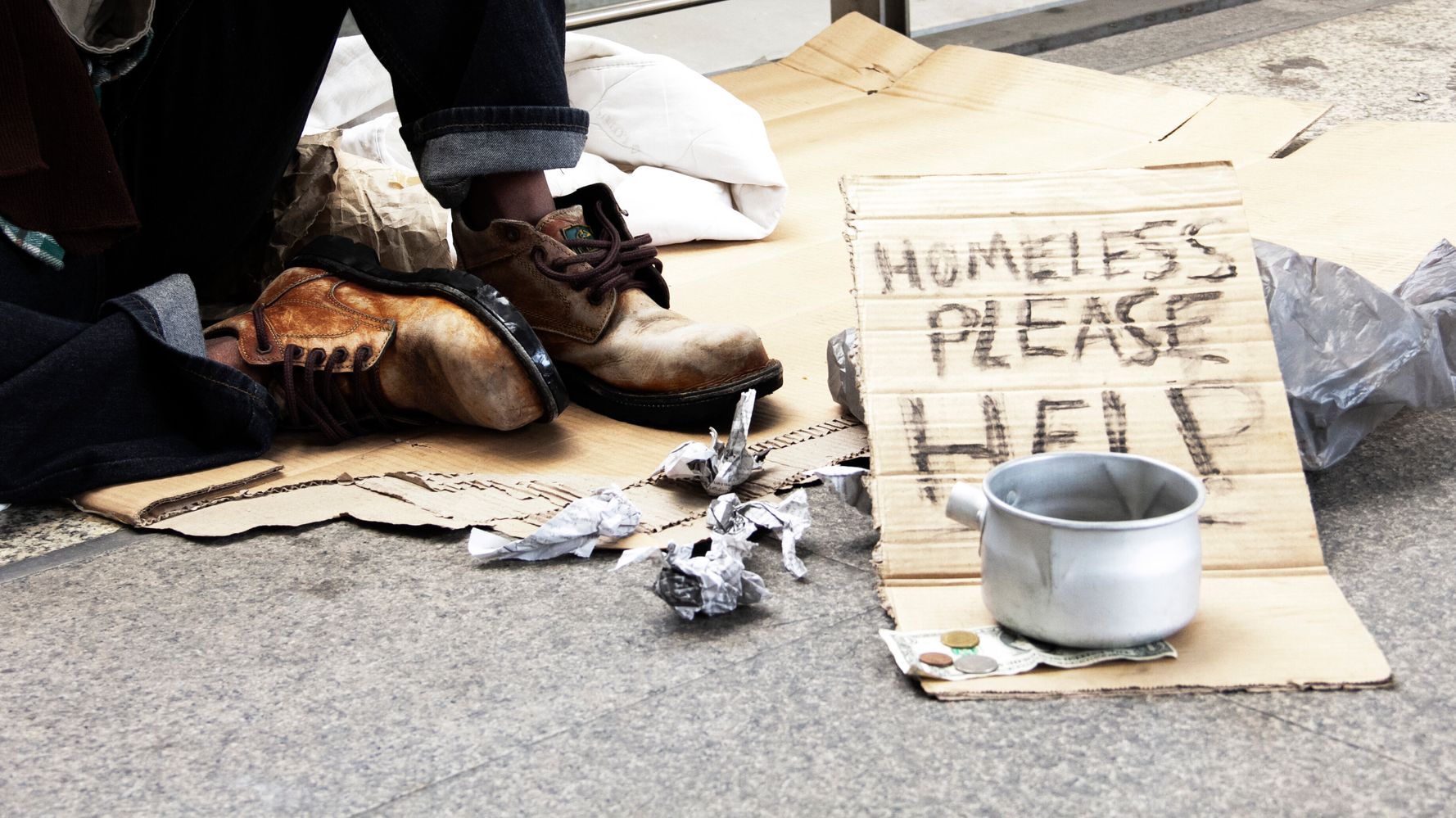 A police chief in Alabama has apologized for a viral Facebook photo of two of his officers appearing to mock homeless people by posing with what they called a “quilt” made of panhandling signs.

The now-deleted Facebook post, which was dated Sunday, shows the officers smiling and holding up the “quilt” of cardboard signs likely confiscated from homeless people begging for help in Mobile, Alabama. The photo appears to have been taken inside a police station, with a “Blue lives matter” flag behind the officers.

These cops made a ‘homeless quilt’ out of panhandling signs — and people are not happy about it pic.twitter.com/NnVp3XWxRR

“Although we do not condone panhandling and must enforce the city ordinances that limit panhandling, it is never our intent or desire as a police department to make light of those who find themselves in a homeless state,” Battiste said, according to a post on the department’s Facebook page. “Rather, our position has always been to partner with community service providers to help us help those faced with homelessness with hope to improve their quality of life.”

Battiste did not specify whether the officers in the photo would be fired. But the department told WKRG-TV that the department takes “corrective action” when there is an issue “with our officers displaying inappropriate conduct such as this.”

Mobile passed its panhandling law in 2010, allowing people to ask for money only outside of the downtown area called the Visitors Domain, according to AL.com. A person would be in violation of the law for “aggressive panhandling” if they simply request a donation from someone standing in line to enter a commercial establishment, facing a fine of up to $500 or a sentence of up to six months.

The law is meant to affect a small tourist-populated area so that it can comply with federal court decisions that have found citywide panhandling bans to be unconstitutional and a violation of free speech. Those court decisions across the country cite a 2015 Supreme Court decision that makes it more difficult for governments to pass laws regarding the content of speech.

But the National Law Center on Homelessness & Poverty said that limiting panhandling to particular places has as significant of an effect on homeless people as citywide bans because commercial districts, where panhandling is likely prohibited (like in Mobile), are often where homeless people have the most access to potential givers.

“In the absence of employment opportunities or when homeless people are unable to access needed public benefits, panhandling may be a person’s only option for obtaining money,” the NLCHP said in a study on the increased criminalization of homelessness. “Many people fail to recognize that, even in an area with a relatively robust homeless services network, homeless people still need access to cash to pay for their stays in certain emergency shelters.”

More than 500,000 people in the United States were homeless on any given night in January 2017, according to the U.S Department of Housing and Urban Development. That year saw the first increase in the number of homeless Americans in recent years, the agency reported, and it is likely to get worse as the country’s affordable housing crisis grows.