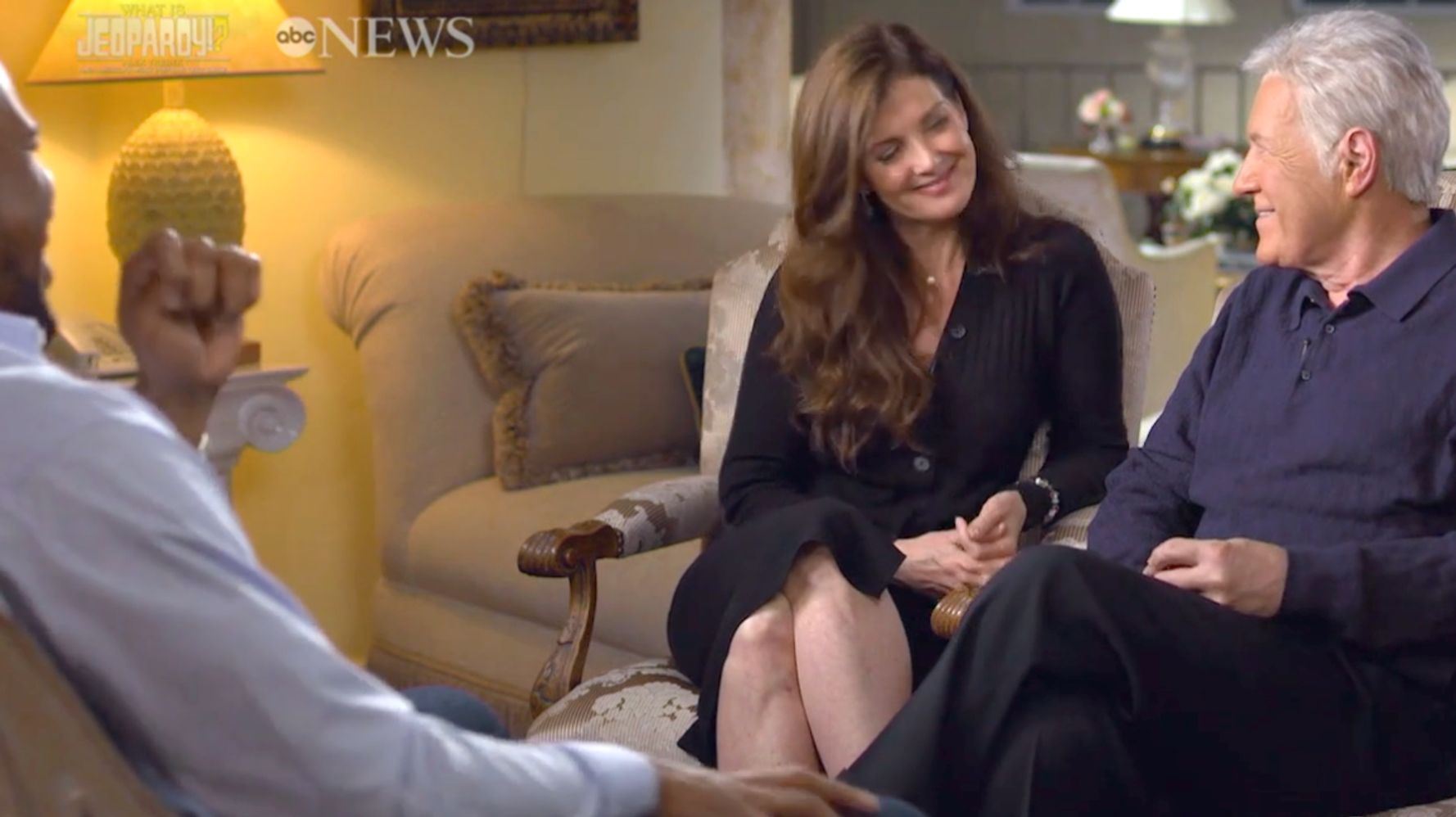 Alex Trebek and his wife, Jean Trebek, talked to ABC News about the everyday hardships they have been working through since the “Jeopardy!” host was diagnosed with pancreatic cancer.

Trebek, who has hosted the game show since the 1980s, sent shockwaves through the country when he revealed his Stage 4 pancreatic cancer diagnosis in March via a YouTube video in which he vowed to “fight” the disease and continue working. He has been candid about both his mental health and physical pain throughout chemotherapy in the months since his announcement.

He and his wife of 29 years have now shared insight into living with the disease ― both as the patient and the caretaker ― in an ABC News TV special, which is set to air Thursday.

Jean Trebek said the hardest part is not being able to help her husband when he’s in pain. “And when he doesn’t eat right,” she added. “When he has too much diet soda.”

“It’s always tough for caretakers because she has to deal with her worrying about my well-being and also dealing with.… I’m not always the most pleasant person to be around when I’m experiencing severe pain or depression, and she has to tread lightly around me,” Alex Trebek said.

Following his announcement in March, Trebek was showered with love from people around the country, including one particularly touching scene on “Jeopardy!” when a contestant who was unable to answer a clue wrote “What is… We love you, Alex!” The moment caught Trebek off guard.

“I read it first and then I got choked up because it suddenly registered on me: ‘Oh, dear. OK. Yeah,’” Trebek said during the ABC News special.

“I don’t mind getting choked up. My oncologist told me one of the symptoms, if you will, of pancreatic cancer is that you get these moments of depression, sadness.”

The one-hour special “What Is Jeopardy? Alex Trebek and America’s Most Popular Quiz Show” will air at 8 p.m. Thursday, Eastern time.