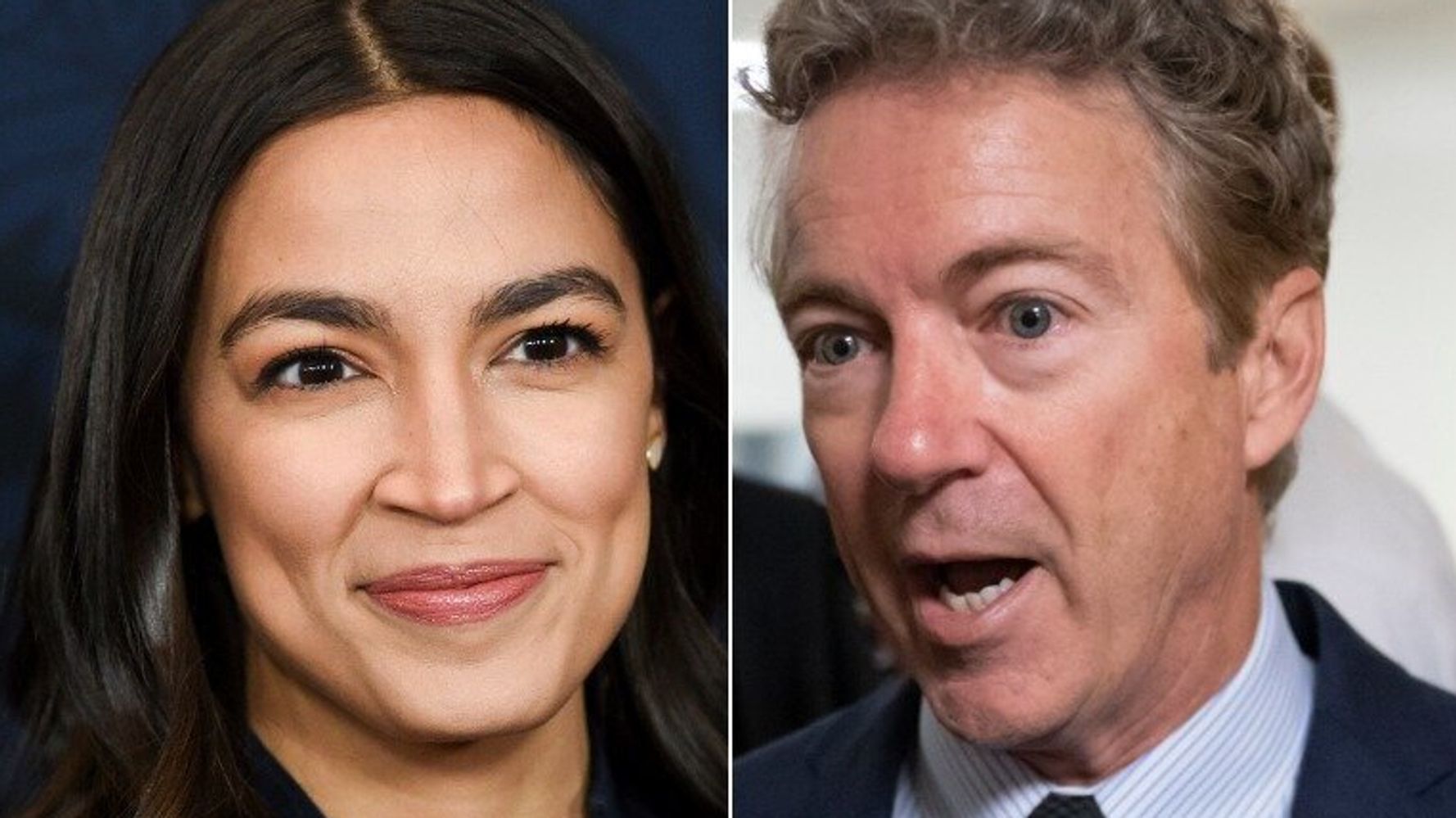 No @AOC the world will not end in 12 years but we must, absolutely must do something, over the next 500 million years. Some say we should develop a space shield to protect us from the sun’s increased luminosity. I’m not against that but…

it will only be a temporary respite maybe a few million years. I do think we should also begin genetically altering O2 producing organisms to send to Saturn’s Titan and possibly the closest planets outside of our solar system. What say you AOC? https://t.co/7RSi3XL7Ki

Ocasio-Cortez, whose signature policy proposal is the sweeping Green New Deal that aims to make the U.S. carbon-neutral by 2030, fired back five hours later.

She accused Paul of taking her old hyperbolic warning about the world ending in 12 years out of context, and called the GOP’s climate agenda “about as fictional as” the plot of the Mel Brooks-directed 1987 satirical sci-fi movie “Spaceballs.”

Hey Senator! Would you like me to also take your comments out of context and pose them as your earnest position, as you have chosen to do with me?

I assume the answer is yes, especially given that the GOP climate agenda is about as fictional as Spaceballs anyway. https://t.co/42FKq4VMjW

Ocasio-Cortez last year warned the “world is going to end in 12 years if we don’t address climate change,” later tweeting that “you’d have to have the social intelligence of a sea sponge to think” she was being literal.

“This is a technique of the GOP, to take dry humor + sarcasm literally and ‘fact check’ it,” she wrote. She likened the Republican Party to “The Office” character Dwight Schrute.

This is a technique of the GOP, to take dry humor + sarcasm literally and “fact check” it.

Like the “world ending in 12 years” thing, you’d have to have the social intelligence of a sea sponge to think it’s literal.

But the GOP is basically Dwight from The Office so who knows. https://t.co/pmkwrdeAnq

Leading climate scientists warned in 2018 that there was only 12 years left to avert catastrophic consequences by keeping the planet from warming more than 1.5 degrees Celsius (2.7 degrees Fahrenheit) above pre-industrial levels.

The Trump White House, however, has pursued a decidedly anti-environmental agenda and President Donald Trump himself has repeatedly described climate change as a “hoax” and “bullshit.”

@RandPaul trying to tweet with AOC is like watching gramps trying to program the clock on the Betamax.

@AOC owning @RandPaul & all clueless conservatives that come for her in 2020 is what I live for!

Thank you @AOC for bringing Spaceballs back to the cultural forefront where it belongs.

Me looking for a GOP plan to address Climate Change pic.twitter.com/J0laZ41XWI

About as fictional as spaceballs bahahahaha LOVE IT🤣🤣🤣 pic.twitter.com/lwNnPkUOP6

Check out the “Spaceballs” trailer here:

Trump Tweeted That He ‘Saved Pre-existing Conditions.’ Then Why Is My Daughter’s Life On The Line?