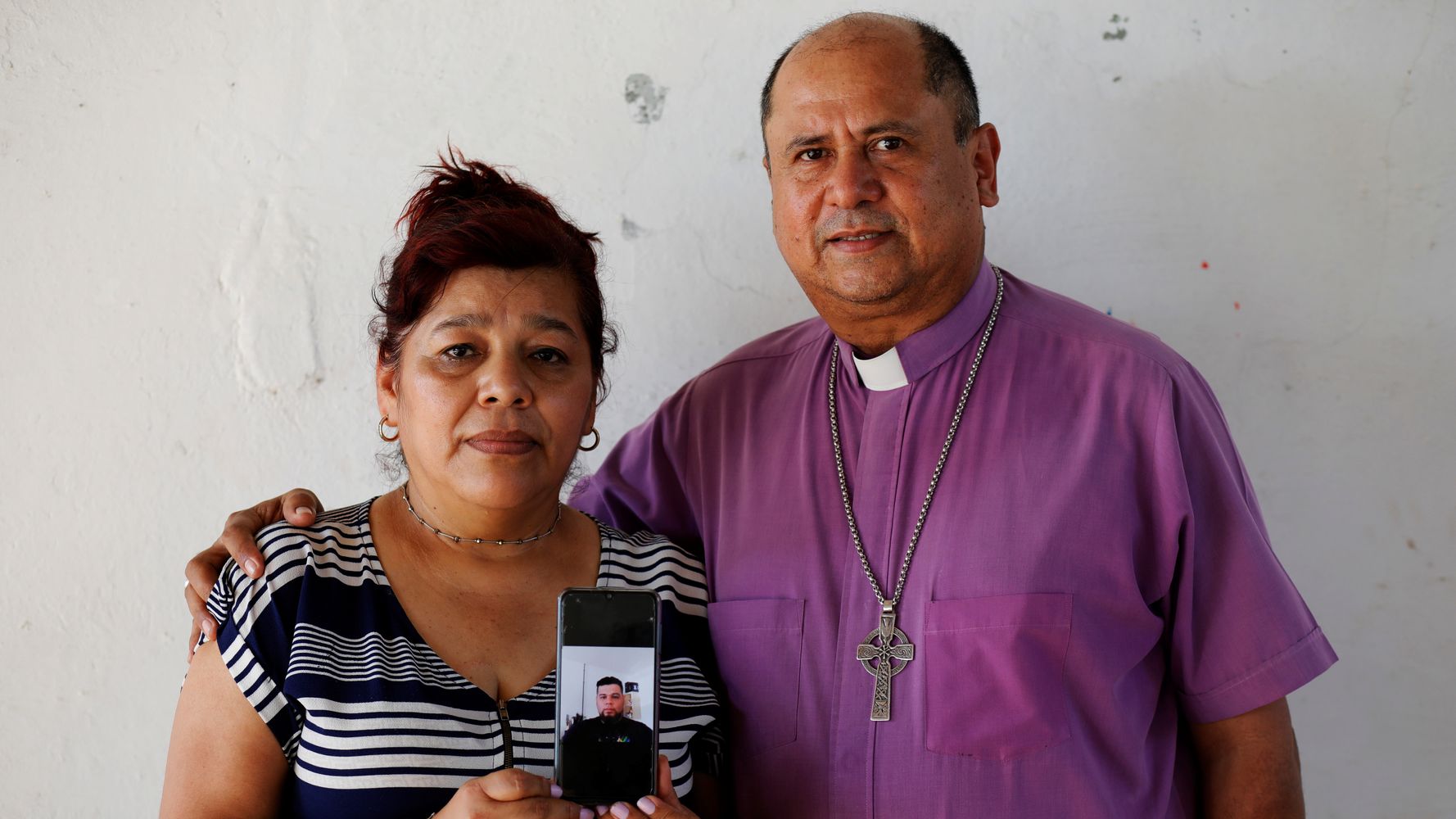 The son of El Salvador’s top Anglican leader is facing deportation from the U.S. back to his home country, where his father says gang members have threatened to murder him.

Bishop David Alvarado’s son, 34-year-old Josue Alvarado, is currently in the custody of U.S. Immigration and Customs Enforcement at a detention center in Ohio, Reuters reports. The bishop told the Episcopal News Service that his son sought refuge in the U.S. in 2016 after being kidnapped and receiving death threats from gangs in El Salvador.

“We are sad and worried because he can be deported and he is in great danger here in the country,” Alvarado told ENS on Friday.

Gang members forced the bishop’s son, who worked as a taxi driver, to drive them around and distribute weapons and drugs, his father told Reuters. When the younger Alvarado refused to continue, he received death threats, the bishop said. His son eventually filed a complaint with the police, Reuters reports.

Gang violence in El Salvador, a legacy of the country’s U.S.-backed civil war and U.S. deportation policies in the 1990s, is pervasive. While the country’s homicide rate has dropped sharply in recent months, it is still among the highest on the planet, according to The Associated Press.

“We live here under a structure of violence going back many years because of the gangs,” the elder Alvarado told Reuters.

It’s also hard for migrants ― especially poor migrants ― from El Salvador and other Central American countries to obtain visas allowing them to come to the U.S. legally, the AP reports.

Josue Alvarado fled to the U.S. in October 2016, and traveled around the country looking for work, ENS reports.

He got a flat tire while driving near Cleveland in late November. Police arrived while he waited for a tow truck and detained him when he was unable to provide documentation that he was in the country legally.

Alvarado’s request for asylum in the U.S. was denied on Jan. 8, according to ENS. He will reportedly be deported unless that decision is reversed in an appeals court.

ICE has not responded to HuffPost’s request for confirmation.

“If he returns, the gangs will go after him again,” the elder Alvarado told Reuters of his son. “He fled because of the threats.”

A number of deported asylum-seekers have been murdered or harmed upon their return to their countries of origin.

David Alvarado leads the Diocese of El Salvador, which is part of the Anglican Church of Central America. The U.S.-based Episcopal Church is a sibling to this church, under the umbrella of the worldwide Anglican Communion.

Members of the Episcopal Diocese of Ohio have been visiting Josue Alvarado at the detention center and facilitating phone calls between him and his loved ones. Rev. Aaron Gerlach, rector of Old Trinity Episcopal Church in Tiffin, Ohio, told HuffPost that the possibility of being deported back to El Salvador “weighs heavily” on the 34-year-old.

“Josue’s prayers continue to be that there may be, with God’s assistance, a positive outcome to his situation,” Gerlach wrote in an email.

“My hope is that a way is found for Josue to have what most of us take for granted―a safe place to live and work without our lives being threatened,” he added.