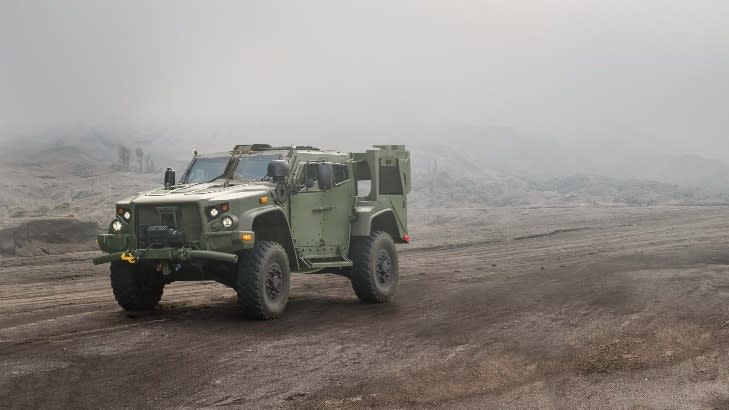 WASHINGTON — Oshkosh Defense has received a contract for 322 Command and Liaison Vehicles from Belgium, the company announced Oct. 13 at the Association of the U.S. Army’s annual conference held virtually this year.

“The Belgian Defence opted for a worldwide competition in which ‘money for value’ was the only criterion,” Col. Filip De Varé, land systems director, said. “The CLV will be integrated in the CaMo program, an international partnership between the French and Belgian land forces.”

The Belgian buy is the first large direct commercial sale of JLTV-based vehicles for Oshkosh. JLTV is typically procured through foreign military sales.

The United Kingdom, Lithuania, Slovenia and Montenegro have also signed on to buy JLTV.

The buy comes at a time when the U.S. Army is trying to figure out the right balance between JLTVs and less expensive humvees in its own force.

The Army cleared the way for foreign sales of the vehicle when it declared it was ready for full-rate production in June 2019 after a delay due to a number of changes that needed to be made as the result of soldier feedback.

Slovenia quickly placed an order for a small number of JLTVs and the U.K. and Lithuania followed suit.