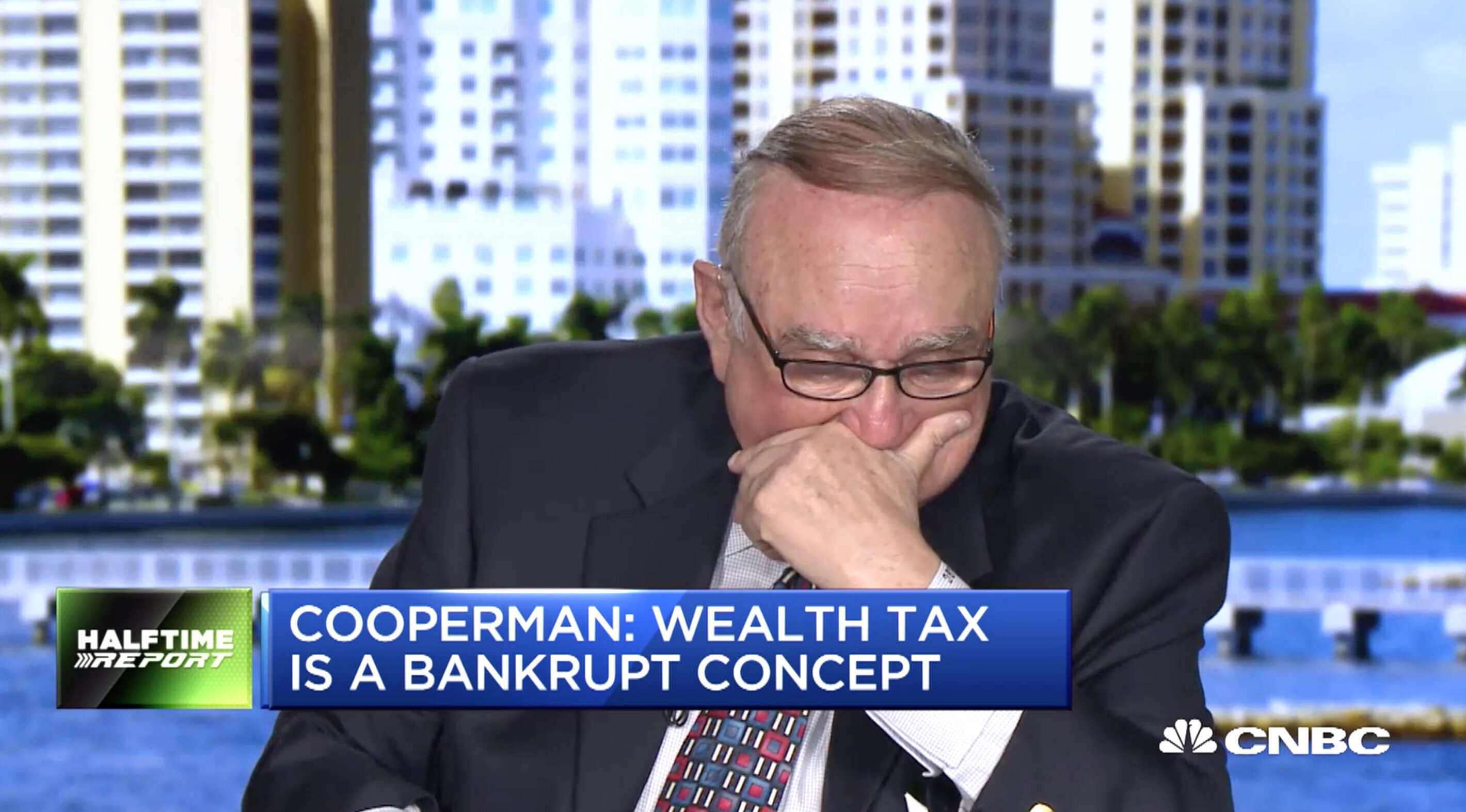 Billionaire hedge fund manager Leon Cooperman ― who has battled Democratic presidential candidate Sen. Elizabeth Warren (D-Mass.) over her proposed wealth tax and criticism of the rich ― choked up on Monday while raising concerns over the state of the nation.

During an appearance on CNBC’s “Halftime Report,” the chairman and CEO of Omega Advisors spoke out against President Donald Trump’s behavior while also opposing House Democrats’ impeachment probe and arguing that the fate of Trump’s administration should be determined on Election Day next year.

“His deportment is not presidential and we need a unifier in that position because the country is being torn apart,” Cooperman said. “I am not in favor of all this impeachment inquiry. I want the American people to decide in November 2020 what the future should be.”

Asked by host Scott Wapner why he was becoming noticeably emotional, Cooperman then began tearing up.

Taking note of the interview, Warren tweeted that Cooperman cares about his fortune, pointing out that he’s a shareholder in student loan company Navient, which has been sued by several states for allegedly cheating borrowers.

“I care about an entire generation of students being crushed by student loan debt ― deferring their American dream because they can’t afford it,” she wrote. “I care about making sure every American has the opportunity to succeed. I’m not afraid to stand up to the wealthy and well-connected.”

I care about an entire generation of students being crushed by student loan debt—deferring their American dream because they can’t afford it. I care about making sure every American has the opportunity to succeed. I’m not afraid to stand up to the wealthy and well-connected.

Last week, Cooperman took aim at Warren in a five-page letter obtained by CNBC, rebuking her for proceeding to “to admonish me (as if a parent chiding an ungrateful child) to ‘pitch in a bit more so everyone else has a chance at the American dream.’”

Cooperman went on to denounce Warren’s plan to place an annual 2% tax on household net worth surpassing $50 million, and 3% on net worth over $1 billion, dismissing her “soak-the-rich positions.”

Instead, Cooperman argued the focus should be shifted to maximum individual and corporate tax rates, closing tax code loopholes and eliminating bureaucratic waste, contending that “social progress does not have to come at the cost of further administrative bloat.”

Responding to the letter on Twitter, Warren said the investor “can and should pitch in more ― so that every kid has the same opportunities he did to succeed.”