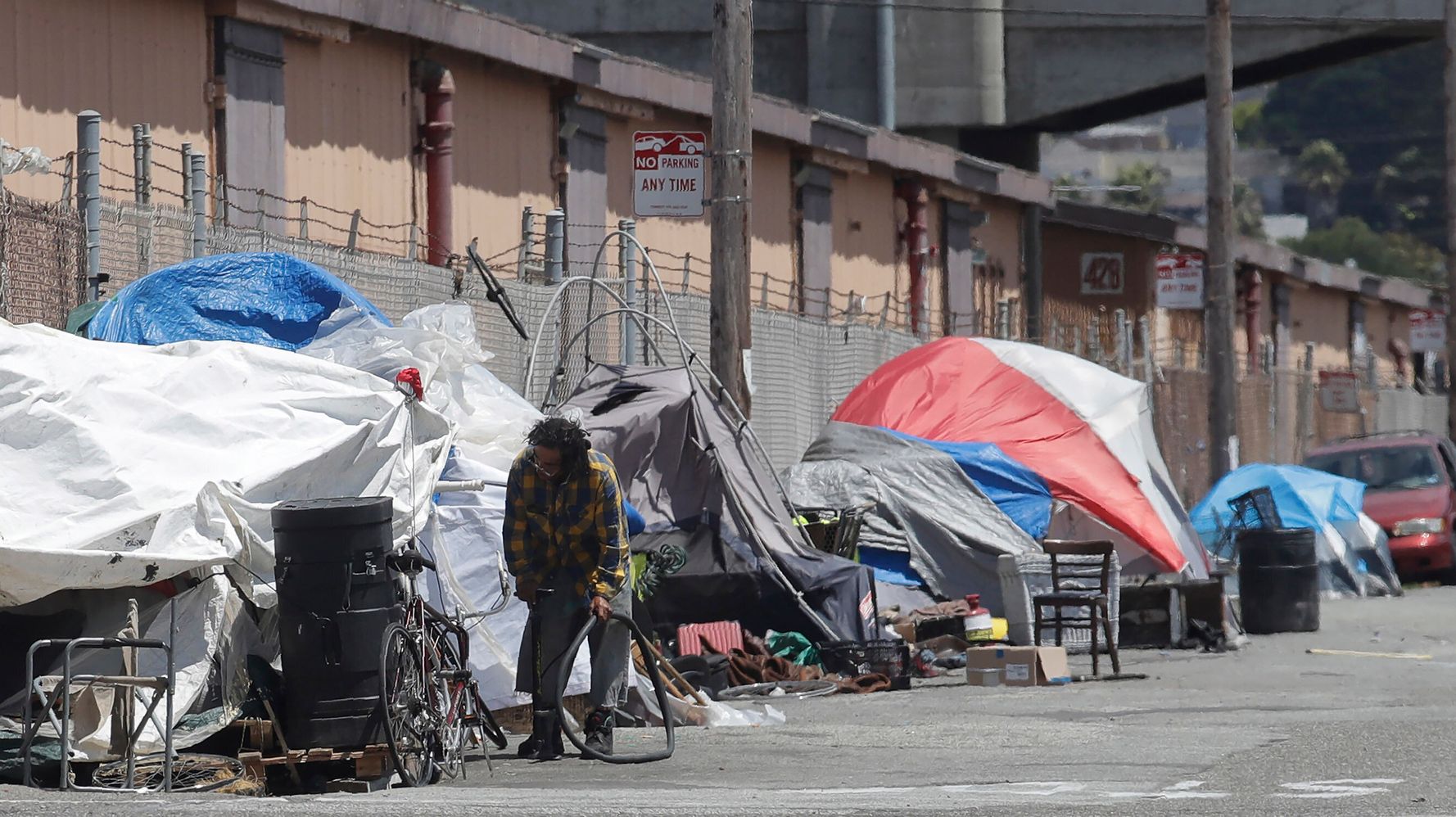 A California task force on homelessness, appointed by California Gov. Gavin Newsom (D), has recommended the creation of a “legally enforceable” mandate for cities and counties to reduce the number of people who are unhoused.

In a report to the governor released Monday, the task force ― led by Sacramento Mayor Darrell Steinberg (D) ― suggested that state lawmakers place a constitutional amendment on the November ballot that would require California’s cities and counties to make measurable progress on homelessness or risk being sued.

“Homelessness, especially unsheltered homelessness, must be viewed as a humanitarian crisis tantamount to any sustained natural disaster,” the report declares, adding that the state should establish by law that “it is not morally or legally acceptable to deny housing for people on the streets.”

Under the suggested mandate, city and county governments would have to provide temporary and permanent housing to reduce the number of people who are homeless in their jurisdictions.

Within a year of the mandate being in place, cities and counties would have to develop a plan to house the “vast majority of their homeless populations” within an “aggressive but reasonable” timeline. If local governments then didn’t meet their goals, “designated public officials” (to be determined by lawmakers) would have the authority to sue in court to appropriate resources from the jurisdiction or take other unspecified actions to “move the jurisdiction toward compliance.”

For such a mandate to become law, the state legislature would have to vote by June to place it on the ballot, and then a majority of California voters would have to approve it in November.

The task force acknowledged in its report that there was “still much work to be done to negotiate the parameters” of such a mandate and said that it would work with lawmakers on further details.

Newsom’s office did not immediately respond to HuffPost’s request for comment.

The governor told the San Francisco Chronicle that “this notion of accountability ― a mandate of sorts ― is a good one,” adding that the challenge will be to get lawmakers’ support to place it on the ballot.

Today we recommended that the Legislature place a constitutional amendment on the November ballot that would hold local and state governments responsible for getting the 93,000 people on California’s streets indoors.
Read our report here: https://t.co/1KLk5ZKkp8

The task force’s report argues that leaving homelessness as a “voluntary” responsibility of local governments hasn’t spurred change fast enough. It notes there is currently no legal accountability for California cities that fail to house the homeless ― as opposed to other supports that the state currently mandates, such as free public education and subsidized health insurance for low-income residents.

While the lack of affordable housing is a nationwide crisis, California has one of the highest rates of homelessness. On any given day in January 2018, more than 500,000 people were homeless in the U.S. ― and nearly a quarter of those lived in California.

Homelessness rates have worsened in California in recent years, with spikes in the number of homeless residents in the San Francisco Bay Area and Los Angeles over the past two years.

President Donald Trump has repeatedly attacked Democratic officeholders in California over the high rates of homelessness. At one point last year, he said that people living on the streets were ruining the “prestige” of Los Angeles and San Francisco.

HuffPost reached out to San Francisco Mayor London Breed and Los Angeles Mayor Eric Garcetti for comment on the proposed mandate, but did not immediately receive a response.

On Tuesday, homeless mothers with the Moms4Housing movement were arrested and evicted from a house in the West Oakland neighborhood that they’d occupied for months, drawing further attention to the housing crisis. Oakland, California, Mayor Libby Schaaf, who is also a member of the governor’s task force, called their squatting a “courageous act of civil disobedience” and told the local Fox TV station, “I applaud them for giving everyone a wake-up call.”

Newsom has been leading efforts to address homelessness statewide. Last week, he signed an executive order setting up a fund to combat homelessness and ordering state agencies to identify state land and property that can be used to provide temporary shelter for unhoused residents.