‘Catastrophic’ wildfires may be deadliest in Oregon’s history, governor says 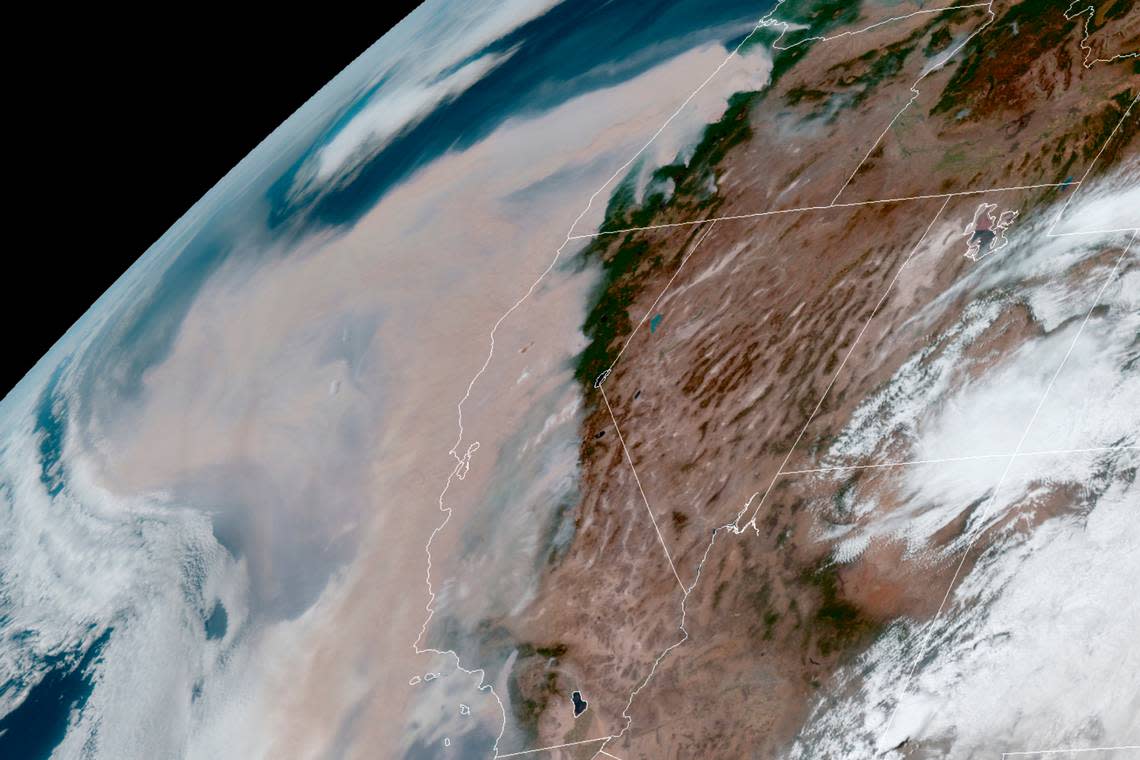 Wildfires raging in Oregon have caused “unprecedented” destruction in great swaths of the state, Gov. Kate Brown said on Wednesday.

“It could be the greatest loss of human life and property due to wildfire in our state’s history,” said Brown, according to KGW.

Thirty-five fires are actively blazing through more than 500 square miles in Oregon, The Oregonian reported. Wind gusts reaching 50 mph fanned the flames, prompting officials to tell as many as 16,000 people to leave their homes and evacuate three prisons this week, according to the Associated Press.

Officials have not confirmed the number of fatalities due to the fires, but Brown warned that people should expect “devastating consequences for the entire state,” The Washington Post reported. Five towns in Oregon, including Detroit, Blue River, Vida, Phoenix and Talent “are substantially destroyed” with “hundreds of homes lost,” according to the Post.

“There are literally no resources available” to be sent to new or growing fires, said Travis Medema, regional forestry manager for eastern Oregon, according to The Oregonian. “Catastrophic growth” has made monitoring the acres burned, structures destroyed and lives lost even more difficult, according to Medema, The Oregonian reported

“I’ve talked to people who have been in fire for 20, 30, 40+ years and they’ve never seen anything like this before,” Nick Nauslar, a fire weather specialist with the National Interagency Fire Center in Boise, Idaho, tweeted on Sept. 8. “Not this many large rapidly spreading wildfires across such a broad region.”

This event is unprecedented. I’ve talked to people who have been in fire for 20, 30, 40+ years and they’ve never seen anything like this before. Not this many large, rapidly spreading wildfires across such a broad region #CAwx #WAwx #ORwx #CAfire https://t.co/LjHcTikNqx

Washington and California are also experiencing devastating wildfires, which have been exacerbated by droughts, according to the Post. Smoke across the western region has brought air quality down to “very unhealthy” and even “hazardous” levels, the Post reported.

‘A big concern’: After we couldn’t find students or faculty at college, agency scrambled to crack down

2020-10-27 19:07:57 Pfizer executives expressed measured optimism Tuesday over the prospect of providing a coronavirus vaccine in 2020 even as they...