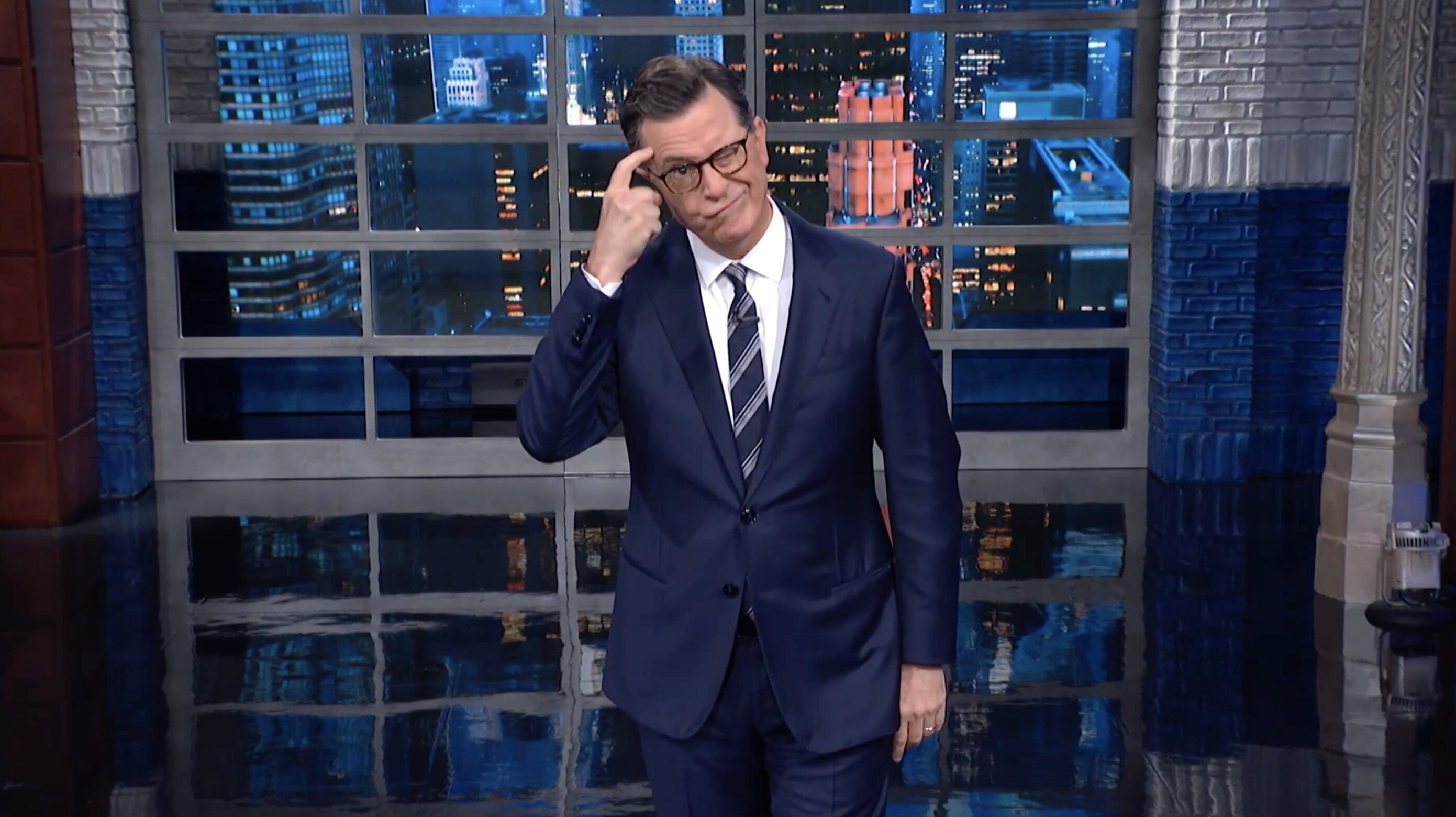 Trump infamously pressed Zelensky during the call to investigate his political rivals, an action now at the center of the House impeachment inquiry.

When Zelensky asked to purchase U.S. javelin anti-tank missiles, Trump replied with “I would like you to do us a favor, though” shortly before making his request for those investigations.

And that may not be all he said.

Lt. Col. Alexander Vindman ― who listened in on the call from the Situation Room ― reportedly told a House committee this week that the document had some key omissions.

“This is huge,” Colbert said. “The White House intentionally left things out. It’s like the infamous 18½-minute gap on Nixon’s Watergate tapes if Nixon had left in all the bad stuff. I mean, for Pete’s sake, how do you edit the transcript and leave in ‘I’d like you to do us a favor, though.’”

Then, he compared it to a particular inept attempt at a mob crime: