by saywharadio9 months ago5 min read 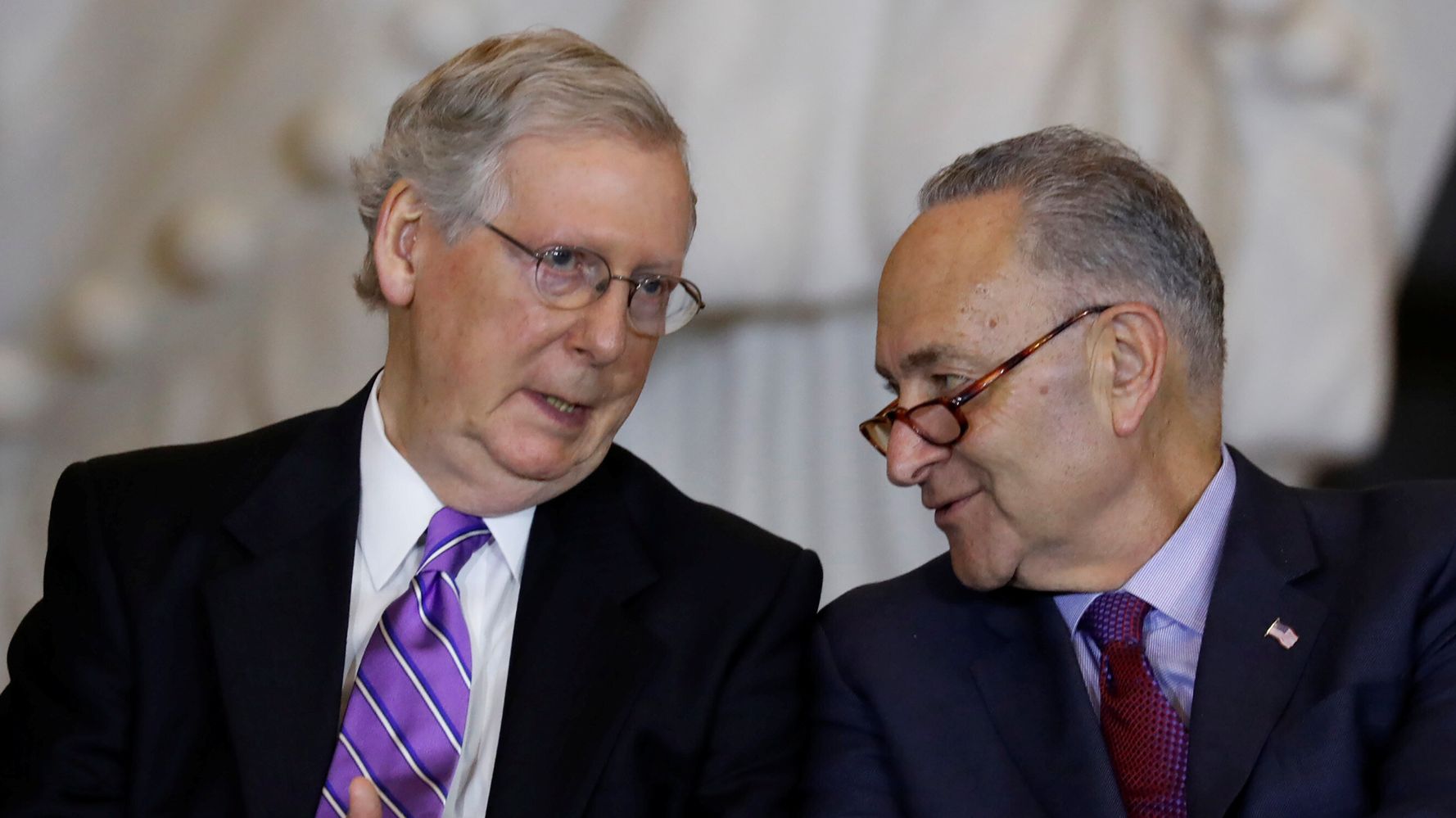 WASHINGTON ― The second session of the 116th Congress is set to convene on Friday with no deal on the parameters of President Donald Trump’s impeachment trial and leaders on both sides of the aisle locked in a standoff.

After last month’s historic vote to impeach Trump, House Speaker Nancy Pelosi (D-Calif.) said she would withhold the two articles of impeachment ― abuse of power and obstruction of Congress ― from the Senate until Republicans in the upper chamber agreed to a “fair” process.

Pelosi did not say how long she would hold back the articles, but the move is widely seen as an effort to give Senate Democrats more leverage in negotiations about the rules governing the trial and to pressure a handful of vulnerable Republicans to support calling witnesses.

“I think she’s been very clear — there will be a trial,” Sen. Chris Van Hollen (D-Md.) said in an interview earlier this week. “So yes, she will be sending over the articles of impeachment. I think right now we’re engaging in this conversation about the importance of being able to call witnesses.”

Democrats are demanding that Republicans agree upfront to hear from witnesses who refused to appear during House committee hearings, including acting White House chief of staff Mick Mulvaney and former national security adviser John Bolton. Democrats argue that witnesses with firsthand knowledge about Trump’s decision to block military assistance to Ukraine could provide crucial information, especially with more details coming to light revealing the level of trepidation within the Pentagon about the legality of the president’s order.

“These emails further expose the serious concerns raised by Trump administration officials about the propriety and legality of the president’s decision to cut off aid to Ukraine to benefit himself,” Senate Minority Leader Chuck Schumer (D-N.Y.) said in a statement on Thursday. He added that the report “underscores the need for the Senate to subpoena the witnesses and documents we’ve requested at the onset of a trial.”

Senate Majority Leader Mitch McConnell (R-Ky.), however, has resisted Democratic calls to lock in witness testimony before the trial begins. He has argued for following the framework of the 1999 impeachment trial of President Bill Clinton, which punted a decision on calling witnesses until after the initial arguments and senatorial questioning had been completed.

To subpoena their desired witnesses, Democrats will need to convince at least four Republican senators to vote with them. Moderates like Susan Collins of Maine and Lisa Murkowski of Alaska will be their top targets, as well as Cory Gardner of Colorado and Martha McSally of Arizona, who, like Collins, are facing tough reelection fights next year. Sen. Mitt Romney (R-Utah), a frequent critic of Trump who has expressed unease about the Ukraine matter, will also be on the list.

Collins told Maine Public Radio this week that she is “open” to calling witnesses in Trump’s impeachment trial. However, the senator added that it is too early to determine which witnesses should appear and that the Senate ought to decide after opening arguments and initial questioning of both sides, siding with McConnell on the matter.

Rounding up four GOP votes to break with Trump will be a challenging task for Democrats. In recent days, Trump has shifted his position on the process substantially, initially demanding a vigorous defense during a lengthy trial that included witness testimony, then later suggesting the case be dismissed outright. This week, he also accused Democrats of seeking to avoid a trial to protect Joe Biden and his son Hunter, whose service on the board of a Ukrainian energy company while his father was U.S. vice president has come under scrutiny.

“The Democrats will do anything to avoid a trial in the Senate in order to protect Sleepy Joe Biden, and expose the millions and millions of dollars that ‘Where’s’ Hunter, & possibly Joe, were paid by companies and countries for doing NOTHING,” Trump said in his tweet. “Joe wants no part of this mess!”

The approaching Democratic presidential primaries in February may also complicate the timing of the impeachment trial. Two of the top candidates in the race ― Sen. Elizabeth Warren of Massachusetts and Sen. Bernie Sanders of Vermont ― will be required to serve as jurors in the hypothetical trial, potentially taking them off the campaign trail during some of the proceedings.

“House Democrats upheld their sworn duty and impeached the president. Soon, I will return to the Senate to do mine as well. But unless some Senate Republicans choose truth over politics, Donald Trump will be emboldened to try to cheat his way through another election,” Warren tweeted on Tuesday.

Though Congress officially convened for its second session on Friday, most lawmakers are not expected to return to Washington for votes until next week. It’s not clear what the Senate will do if Pelosi continues withholding the articles, but one GOP senator suggested moving to other businesses, such as ratifying Trump’s trade deal with Canada and Mexico.