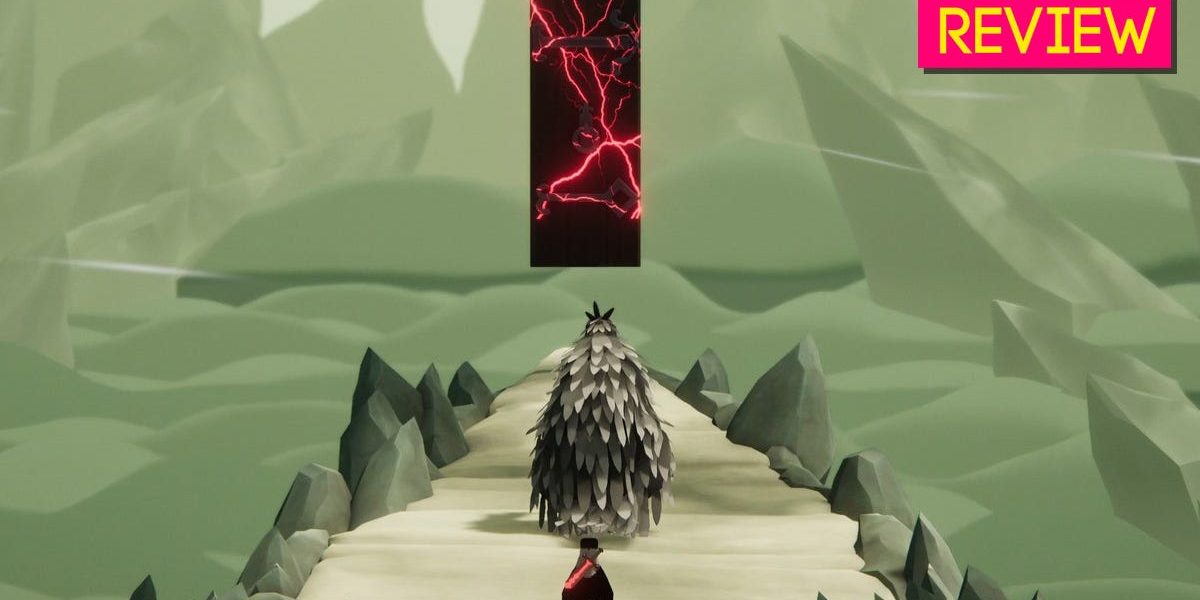 Within five minutes of starting Death’s Door I knew I was going to love it. The combat was basic but weighty. The visual presentation was sparse but bespoke. Its music, sometimes pastoral and serene, sometimes grim and despairing, made no secret that something special was going on, and my love for the indie action-RPG only continues to grow.

Currently out on PC and Xbox, people have been raving about Death’s Door and they are right to do so. There’s nothing shocking about its story or mechanics. What’s shocking is just how good it is at everything it does. The attention-to-detail is striking: for example, when you chop a wooden sign in half and then try to read it, the top part of the text will be missing. I loathe completionism in games, but this is one where after 10 hours I still want to hunt down every weird side collectible and story secret.

In Death’s Door, you play as a crow who’s part of a grim reaper bureaucracy tasked with collecting the souls of those passing on to the afterlife. There’s a conspiracy afoot, however. Soon, like X-Files’ agent Moulder, you’re off investigating witches’ mansions and swamp castles, trying to find missing comrades and capture powerful souls to uncover the truth behind the afterlife. The rest unfolds like a classic 2D Zelda that’s been stripped down and polished so that only the essentials are left—and they gleem so much, they’re practically glowing.

Created by Acid Nerve’s Mark Foster and David Fenn and published by Devolver Digital, Death’s Door is the follow-up to 2015’s Titan Souls, another barebones action adventure. In that one, however, you’re fighting lots and lots of bosses hidden throughout a majestic and esoterically constructed world. It was excellent, but at times a bit one-note, and also occasionally brutally difficult. Death’s Door feels more finely-tuned and fleshed out and better in almost every way.

The arrows you shoot fly across the level with a dazzling red flash, and hit back targets with a satisfying thunk. A bomb spell explodes with a thunderous crack that turns the surrounding screen black and white, like a negative photo. Each ability can also interact with objects in the world. A fire spell lites up braziers to bring down an iron gate blocking the way. A grappling hook lets you tear through the air from one platform to the next.

Many of Death’s Door’s individual elements are borrowed from The Legend of Zelda, but unlike so many other indie homages it imports, it only takes the pieces that fit together perfectly. Then, it improves on them in subtle ways, and re-arranges them into a unique new picture. As just one example, the grappling hook spell you find doesn’t just pull you toward other objects, it can also pull you up on top of enemies, helping you zip through bullet-hell-style arena fights like a bat-out-out-of-hell.

Death’s Door’s boss fights are also a delight. While there are only a few, each has its own mechanics, multiple phases, and characters at the center of them that imbue each encounter with extra personality. A giant toad pogo-sticking around on crumbling tiles above a toxic bog is a masterclass in perfectly balanced arcade action that’s as challenging as it is idiosyncratic, but without ever feeling like a pain-in-the-ass.

At first, the toad has armor and you can only hit him in the back. Then it falls off and he spits bombs at you, attempting to gobble you up while tilting the entire fighting platform into his mouth. In-between whaling on him, you have to hit a magic mace on his back that regenerates the tiles you’re standing on. After a few tries you learn each phase of the fight and how to adapt, and after a few more deaths you end up making it through the entire fight without taking a single hit. It’s economical and gratifying. While Death’s Door is not a particularly long game, I never wished that any of these moments was padded out with more filler.

It’s easy to praise games that successfully nail their advertised virtues, either with big budget visuals or complex simulations that will react to any type of player input. Something like Death’s Door is admirable for the level of care a two-person team put into obscuring all the work that went into making it feel so gratifying to play. Every part is calibrated to have just enough friction to test you without ever bogging down the experience. This is what I love about Playdead’s take on puzzle platformers in Inside, and it’s what Death’s Door does so well for the familiar dungeon crawler formula. I can’t recommend it enough.