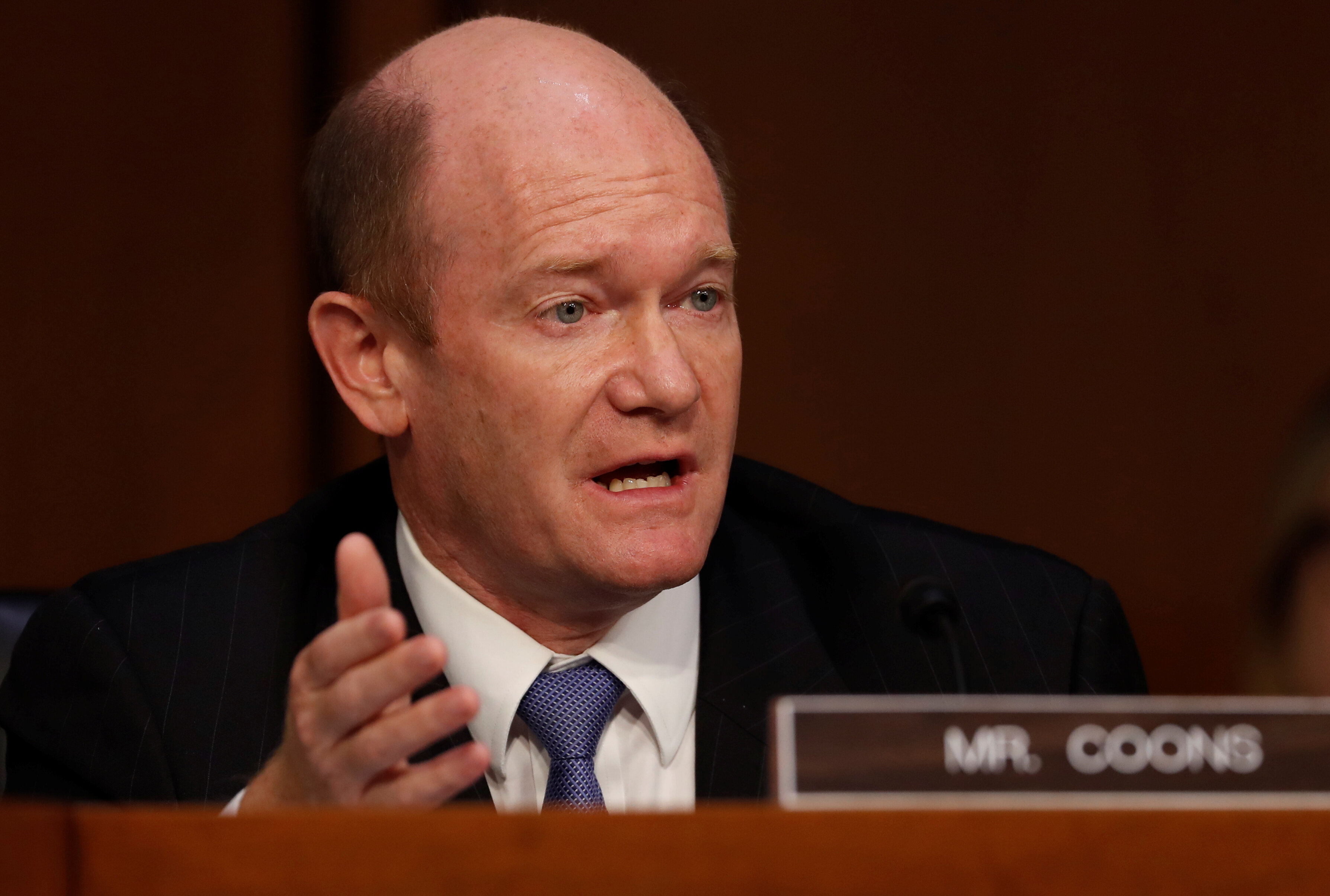 Sen. Chris Coons (D-Del.) says he’s not comfortable with the “Lock him up” chant President Donald Trump received from the crowd during Game 5 of the World Series between the Washington Nationals and the Houston Astros Sunday night.

“I’m enough of a sort of traditionalist about our institutions that even at a time when there is a lot that our president does that I find disturbing, offensive, unconventional, I have a hard time with the idea of a crowd at a globally televised sporting event chanting ‘Lock him up’ about our president,” Coons, a centrist in the Senate, said Monday during an interview on CNN.

Democratic Sen. Chris Coons disagrees with “lock him up” chants at Game 5 of the World Series.

“I frankly think the office of the President deserves respect, even when the actions of our President at times don’t” https://t.co/bJ5CDBYeC9 pic.twitter.com/i4rB1Xybzr

Trump showed up to the game shortly after the first inning and was announced to the crowd on the scoreboard during Nationals Park’s salute to veterans, prompting loud boos and a “Lock him up” chant ― a riff of Trump’s campaign trail rallying call directed at Hillary Clinton in 2016.

“I frankly think the office of the president deserves respect, even when the actions of our president at times don’t,” Coons added in the interview.

MSNBC host Joe Scarborough, a frequent critic of Trump, had a similar reaction.

“We are Americans and we do not do that. We do not want the world hearing us chant ‘Lock him up’ to this president or to any president,” Scarborough said Monday on his show “Morning Joe.”

The loud round of boos from the crowd on Sunday came just hours after Trump announced a successful U.S. military raid that ended in the death of ISIS leader Abu Bakr al-Baghdadi, a much-needed win for the president amid the ongoing House impeachment inquiry.

Trump allies dismissed the crowd’s reaction, however, noting it came from a heavily Democratic city.

“I’d wear getting booed in the swamp as a badge of honor. If you’re pissing them off you’re doing something right!” tweeted the president’s son Donald Trump Jr.