Elizabeth Warren Steamrolls Past Meghan McCain’s Interruptions On ‘The View’ 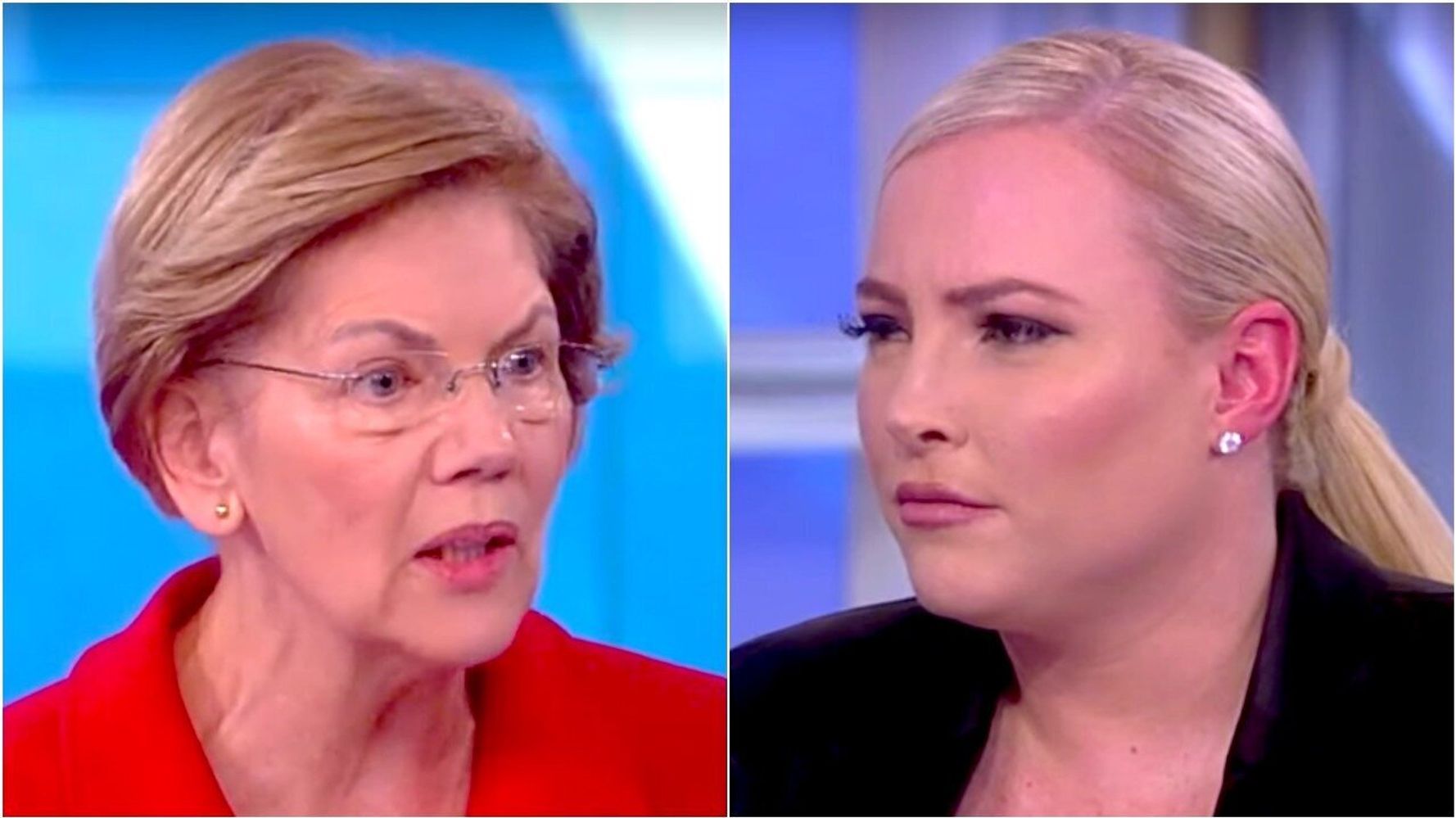 The 2020 presidential hopeful appeared on the talk show Tuesday to discuss a range of topics, including President Donald Trump’s upcoming impeachment trial in the Senate, his decision to order an airstrike on Iran and her “wealth tax” proposal.

As Warren explained her wealth tax ― which would levy a 2% tax on assets over $50 million and a 3% tax on assets above $1 billion in order to fund proposals such as universal health care, public schooling and student debt elimination ― she fielded several attempts by McCain to interrupt by simply continuing to speak as if she were not there.

Elizabeth Warren on The View expertly pitches her wealth tax and explains how she’ll pay for universal childcare, $800B into public education, etc. without increasing middle-class taxes. The cherry on top is Liz not even acknowledging Meghan McCain’s rude interruption attempts. pic.twitter.com/HKs0HXY7qL

McCain, who is the more conservative voice on the panel of co-hosts, is regularly at the center of fierce debates on the program and was part of a viral spat with moderator Whoopi Goldberg in December. It was not the first time she’d been told off by the moderator for talking over people ― in October, she was slammed by Goldberg on air for lacking respect for her co-hosts by repeatedly interrupting.

I haven’t seen anything quite as satisfying this year as Warren simply pretending Meghan McCain doesn’t exist. https://t.co/qeyl2OeUrw

I was going to vote for @ewarren anyway, but her seamless, effortless ignoring of Meghan McCain has me even more committed that vote.

Warren acting like Meghan McCain doesn’t exist is a mood for 2020. When people troll and push bad-faith arguments, blow right past em.

Elizabeth Warren does what all of us should do to Meghan McCain.

I’m crying at how Warren let some interrupt her but literally just talked over Meghan McCain. A whole mood. https://t.co/fKuunwJp4D

Elizabeth Warren gave us the blueprint on how to deal with Meghan McCain: ignore her ass.

I already support Liz, but I’m going to make a donation to her campaign right. this. minute. to signal my support for this specific mood.

If there is a memo field, it will be filled in with “for ignoring Meghan McCain on television.” 😌 https://t.co/3Qy9QS3Q4G