Everyone I Know Has Quit. Except Me. 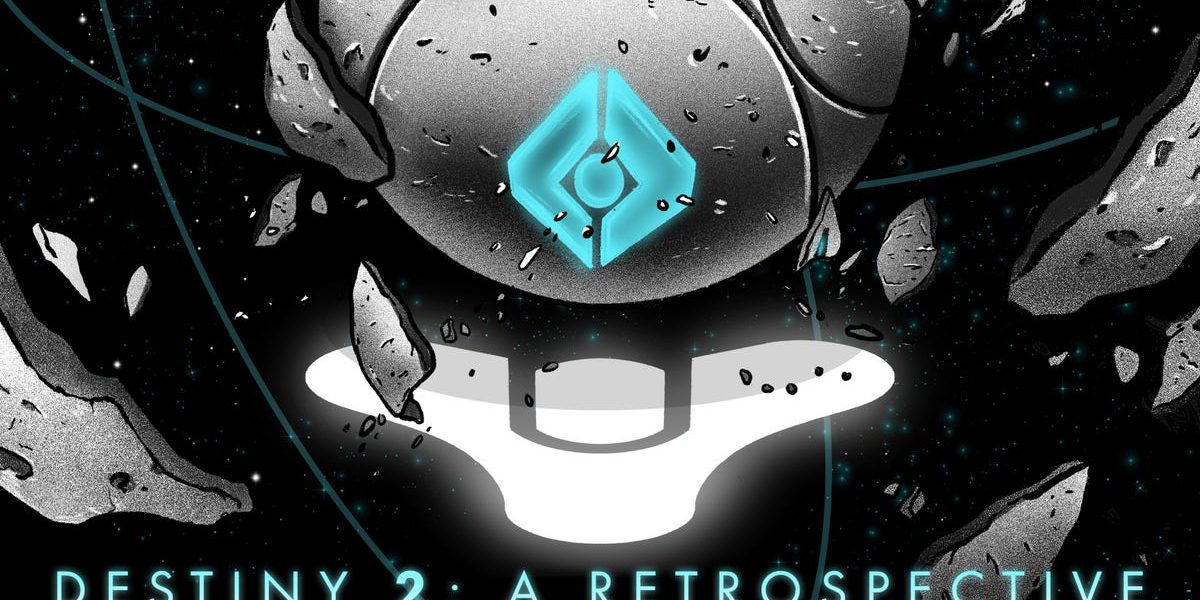 It’s 3 a.m., and I’m searching for a gun. Not just any gun but a primary sidearm that shoots rounds vibrating with a dark crystal energy that only drops from Destiny 2’s seasonal competitive slog known as Iron Banner. The gun is called Peacebond, an early contender for best new sidearm in the game and one I’ve spent hours trying to find a good version of. I hadn’t planned on shooting strangers all night waiting for a random number generator to eventually spit out the right combination of game code, yet there I was, alert and focused on the latest purpose Destiny had laid out for me.

I didn’t get the gun. I almost never do. But I keep coming back anyway. So do millions of others. Seven years after a tumultuous game development cycle led to a disappointing launch, Destiny is now the envy of so many would-be live service competitors, from BioWare’s Anthem to Marvel’s Avengers, which tried and failed to replicate its tortured but exhilarating formula for making poetry out of slot machines.

Games are full of contradictions, Destiny more than most, especially as one of the original games-as-a-service (GaaS). Games are traditionally meant to end, but a GaaS can go on forever. Destiny doesn’t want good day-one sales and a high Metacritic score. It wants to be the only game you play. Or at least the one you play the most. It’s achieved this by leaning into the inscrutable: dense lore tombs, esoteric puzzles, and obtuse gear systems. Part of Destiny’s enduring appeal is that its present always feels overshadowed by its potential, and thus its best days are always ahead. And somehow, it’s worked. Even when I don’t want to keep playing Destiny, it somehow finds its way back to me.

To put how far Destiny has come in perspective, let’s look at some numbers. The series spans two games and five annual expansions. Destiny 2 is now on its 15th season. It regularly peaks at over 100,000 concurrent players on Steam alone. There are thousands of lore entries and hundreds of guns. Destiny didn’t have emotes when it started. Now, there are 477 different ways to taunt, celebrate, and meme. Three more massive expansions are due in the coming years, after which Bungie will have delivered on its 10-year plan, which at the time, was what I considered to be the height of video game marketing bullshit.

Where the game used to go months without meaningful updates, Bungie has managed to partition out new content and patches so that nearly every week brings with it something else to check out, an exhausting cadence for humans but an ideal cash-generating frequency for the ignoble game-as-a-service. After years of cyclical whiplash where the diehard players go from loving Destiny one month to declaring it a “dead game” the next, it finally feels like the loot shooter machinery is humming along smoothly, albeit within a less ambitious framework than it originally set out with.

The social and cultural production that powers other MMOs remains mostly incidental to Destiny, where anything that’s not a gun or can’t be killed with one gets is mostly beside the point. But by the same token, almost no other first-person shooter has managed to make a world as consistently luxurious to shoot in as Bungie’s. It makes you wonder what the studio could accomplish if it tried its hand at a more conventional co-op RPG shooter without all the microtransaction bullshit. Maybe it would be a game of the year contender but probably not one we’d still be talking about.

This has always been one of the core tensions at the heart of Destiny’s messiness and, perhaps, one of the keys to its longevity. You can dabble in it for a few hours or commit your whole life to it, but there is no getting in, playing the campaign to a satisfying conclusion, and then moving on to something else—especially not these days.

In the beginning, when Destiny had more in common with Halo, there was a sense that you could play it like a co-op RPG and that the “end game” was just an extra lap for those too enamored to put their controllers back down. It was grindy-as-hell, but only if you wanted to do the raid. And if you didn’t, there was nothing else to do, so you left. And many players did leave.

Destiny 2 changed that in part by adding more dense layers to peel back—more things to customize and places to explore even for those who didn’t want to hop on a mic and get yelled at for being new to the esoteric mechanics of the latest end game activity. The game’s more recently established seasonal model, borrowed from the likes of other live service hits like Rainbow Six Siege and Fortnite, has made the game even more diffuse.

New missions are doled out weekly. After completing them, players are encouraged to grind out the same half a dozen other existing activities to acquire specific loot and fill up their associated progress meters. Then nothing. Progress in certain parts of the game is gated until the next reset. At some point, Bungie has to cut you off, so you’re hungry enough to come back the next time rather than let you binge until you swear off the game for months or years at a time.

All of which is to say that Destiny’s grind is more approachable than ever, even as the rest of it has become mired in a series of bespoke menus, systems, and rituals that make it intimidating to actually try and wrap your head around. I finally convinced some friends to try Destiny with me again earlier this year after they’d previously promised to never return. They were not the first people, or the last, who I’ve offered to buy expansions and seasonal passes for. One eventually realized he didn’t have the time while the other impulse-uninstalled it one night after seeing how many hours had ticked by with little to show for it. But for every case like these, there’s a person like me who keeps looking for excuses to come back.

Destiny has seen three U.S. presidential administrations, spanned three console generations, and managed to both get added to the Activision Blizzard Battle.net client and later removed after Bungie finally cut ties with the publisher in 2019. It’s stuck around this long in part by adapting and improving. That’s another way of saying that the Destiny, which launched back when President Obama re-invaded Iraq to fight ISIS, is very different from the one still kicking.

AdvertisementYou can skip ad after 1 second

You can go to the next slide after 1 second

A brief list of some things that changed over the years:

“How is Destiny right now?” is a question I get a lot, and I never know how to answer it. It’s like being asked how the Wendy’s drive-thru is at 1 a.m. on a Saturday. If you happen to find yourself in one, it can be an incredibly satisfying experience. You might even make some friends along the way. And you’ll probably forget what you came for halfway through.

“Did they fix it yet?” is another. I could jump into a brief dissertation on the game’s current gun meta, explain the philosophy behind Bungie’s most recent subclass rebalancing, and argue the finer points of the seasonal artifact grind. “The sandbox is in a very good place right now,” I might tell them sagely, a sentiment with an asterisk the size of a Hive ogre fused to it. They know this—can sense it in my slightest of hesitations—and proceed to roll their eyes.

They know that if they want to be let into Destiny’s inner sanctum, they’ll need to dedicate hours of their life every week for months at a time in community service first. And they know that even when they’re finally inside, they’ll need to keep logging or risk defaulting. If they do ever take a break, they’ll come back to largely the same game but with everything slightly out of place and a character who has wilted in the absence of the steady grind.

This is why almost everyone I know who ever started playing Destiny eventually bailed. In some cases, they outgrew the game. In others, it outgrew them. One simply got tired of me struggling to answer, promptly and with simplicity, the most innocuous questions like, “What should they do next in the game?” And like an aging Wall Street day-trader ready to leave the rat-race behind, these folks retire to a quiet life of family picnics, nights out with friends, and doing anything that doesn’t involve regular six-person day-trips to a space station orbiting Jupiter’s fifth moon to blow up Taniks for the 239th time.

So why am I still there, trekking up to the space station at odd hours, sending screenshots of my poorly perk-rolled loot to friends like postcards from a weekly pilgrimage to Atlantic City? I’d like to say it’s because Destiny is just a really good game. I love the shooting. I love the gliding. Watching a wisp of smoke leave an alien’s torso as they give up the ghost after I pop them in the head is still one of the most mechanically satisfying things I’ve ever done in a game. And the views, my god, the views. I will always dream of the Dreaming City. All of these things were true the day Destiny first released, and they are still true now.

A lot happens in seven years, though, and what’s kept me coming back more than anything else is how delicately Destiny has managed to slot itself into my life wherever I needed it most. I don’t continue to play because it grows, changes, and evolves. I continue to play it because it’s familiar and fits as comfortably as an old pair of sneakers. When my partner and I got back together, I played Destiny. When I was losing my mind at a soul-crushing office job, I drove home in between breaks to play just 15 more minutes of Destiny. When we bought a house, I played Destiny in it. When we had a kid, I played Destiny while he napped on my shoulder. When nothing else in my life is working, I play Destiny. When it’s working just fine, I play Destiny, too.

It’s no longer a game, as such. For me, at least, it’s morphed into something else, grafted itself onto my being like a reverse phantom limb. It’s a living game, and for better or worse, it will go on living inside me. And that is certainly not something I ever thought a game could do before I started playing Destiny.