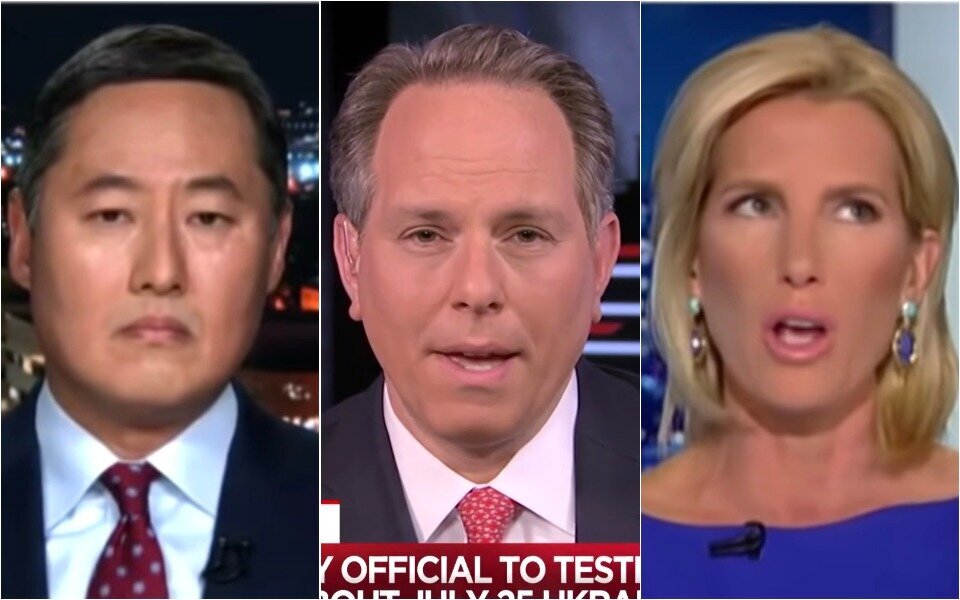 A former chief of staff in the CIA slammed Fox News for an “absolutely despicable” attack on a decorated combat veteran who is set to testify on Tuesday in the impeachment inquiry against President Donald Trump.

Vindman, who listened in on the July 25 call between Trump and Zelensky, is set to testify that he twice reported the incident to a superior, according to an opening statement obtained by The New York Times. Vindman received a Purple Heart after suffering an injury from a roadside bomb and remains an active-duty officer.

But people on Fox News are already questioning his loyalty and patriotism.  Laura Ingraham noted a detail in the Times story that Vindman had emigrated to the U.S. from Ukraine as a child and that Ukrainian officials asked him in English for advice on dealing with Trump attorney Rudy Giuliani. She then accused Vindman of working “apparently against the president’s interests” while inside the White House.

“Isn’t that kind of an interesting angle on the story?” she asked guest John Yoo, the former Justice Department lawyer who helped write the infamous “torture memos” during the George W. Bush presidency.

“I find that astounding,” he said. “Some people might call that espionage.”

“Here we have the followers of Donald Trump doing what I think is absolutely despicable, which is claiming that not only is he against Trump but he’s un-American and I don’t think Republicans, Democrats, anybody who cares about our country, are going to stand for that.”

See his full discussion with Williams above.