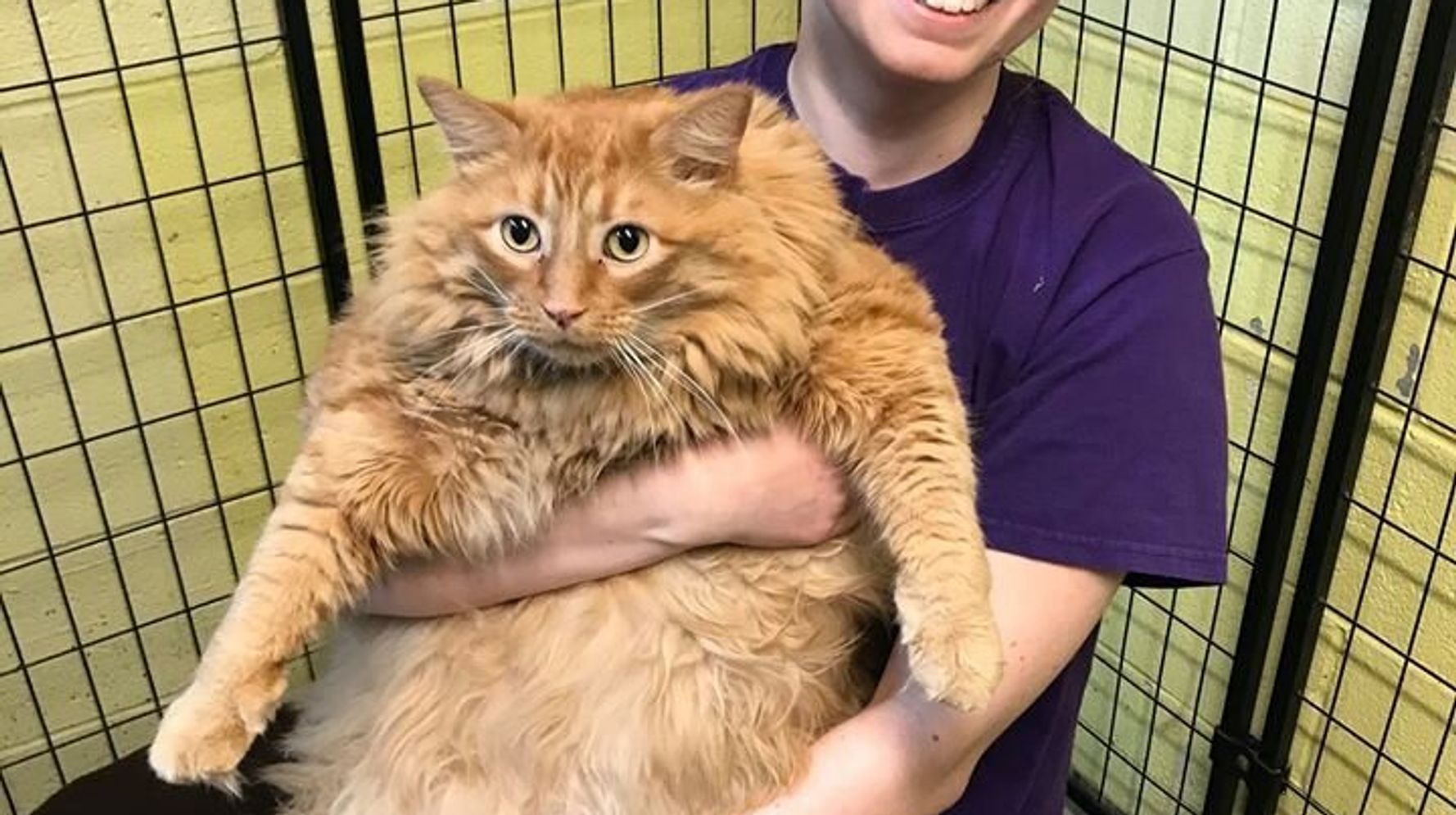 The extremely chonky fellow arrived at the shelter Tuesday, according to a post from the SPCA of Wake County, North Carolina. The group’s communications director, Darci VanderSlik, told The News & Observer that, sadly, Bazooka’s former owner suffered from dementia and had likely overfed the cat by constantly refilling his dish after he’d already been fed. Bazooka was taken in by the SPCA after his owner died.

“He thought he was doing the best thing for his cat by feeding him,” VanderSlik said. “We need to look on this with a compassionate view. He was loved.”

Bazooka has won hearts and headlines in just the early days of his weight loss journey. In the SPCA’s first post about him, they said the “big boy” would undergo some “much needed medical care,” hashtagging “bodypawsitive” and “dechonking.”

And here’s Bazooka getting an extra hand upon arrival at the SPCA’s admissions center:

The SPCA said in another post that Bazooka had already found a trained foster family, where he’ll receive medical treatment and hopefully continue to shed those pounds.

Michelle Barry, Bazooka’s new mom, told The News & Observer that the good-natured tabby was settling in well at his new home.

“He wants to be around people,” she said. “He’s happiest lying right next to you. And he’s more active than I expected him to be.”

Best of all? He hasn’t complained about his new diet at all.