Fact check: Yes, Joe Biden took a knee in Miami. No, it wasn’t during the national anthem. 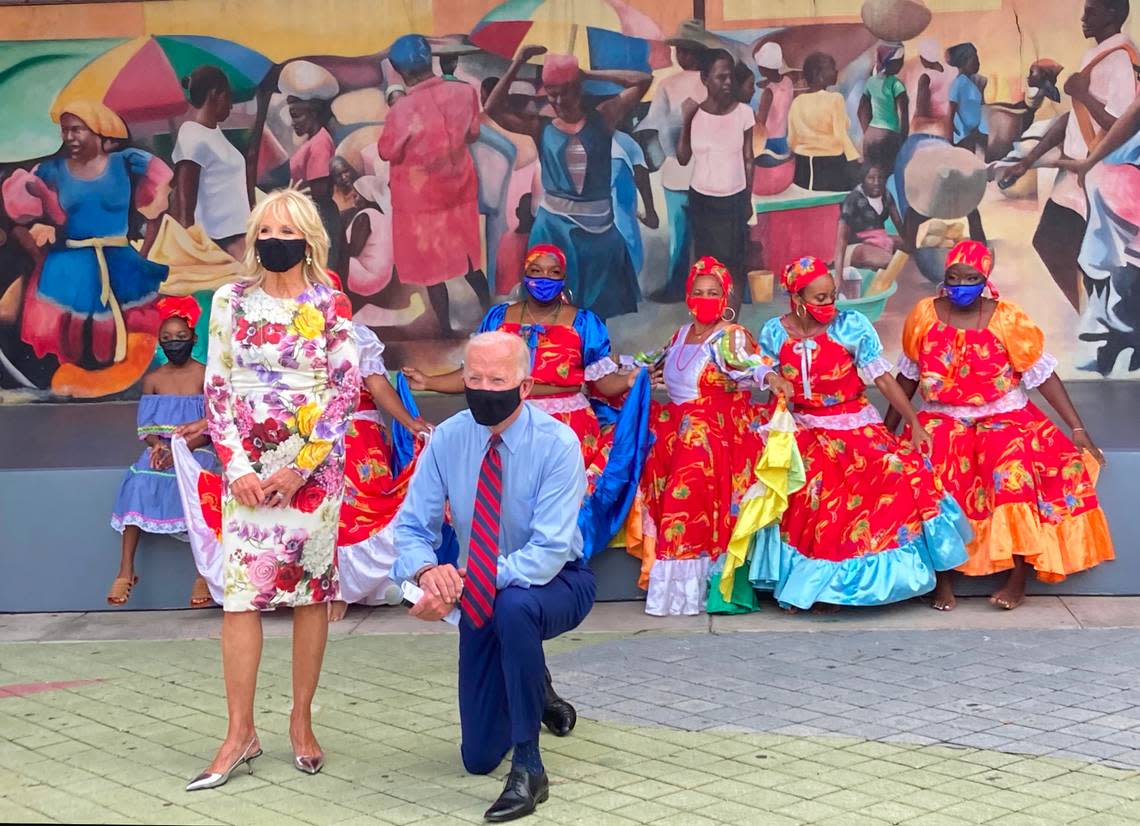 A Miami Herald photo of former vice president and Democratic presidential nominee Joe Biden taken during a campaign event in Miami’s Little Haiti neighborhood is being recirculated on social media with a false narrative that the national anthem was playing when the photo was taken.

Jacqueline Charles, the Miami Herald’s Caribbean correspondent, was part of a small group of journalists who covered Joe Biden’s visit to Little Haiti on Oct. 5. Toward the end of the event, Biden, who courted Haitian-American voters and leaders on the last day to register to vote in Florida, agreed to take a group photo with a dance troupe that had performed.

“I took a photo of the vice president at his event in Miami’s Little Haiti community,” Charles said. “He had just finished addressing the group when at the end of the event someone asked for a photo. There was no national anthem playing in the background.”

She continued: “It’s a socially distanced photo, and most people kneel so that everyone can be seen in the photo. Before COVID, everyone would have just stood in a tight space. But that couldn’t be done, so he kneeled as the dancers stood in the back,” Charles added, noting that she did not ask the former vice president why he chose to kneel.

The photo is being circulated on Facebook, with a false caption that reads: “Taking a KNEE during our national anthem. Taking a KNEE for the very freedoms you claim you are going to protect and defend. No thanks!”

The Division 2 Will Get A New Mode Later This Year, But Not Much Else

Screenshot: Ubisoft / Massive Good news for Division 2 players: Ubisoft and Massive have laid out plans for the future of the game, including a brand...