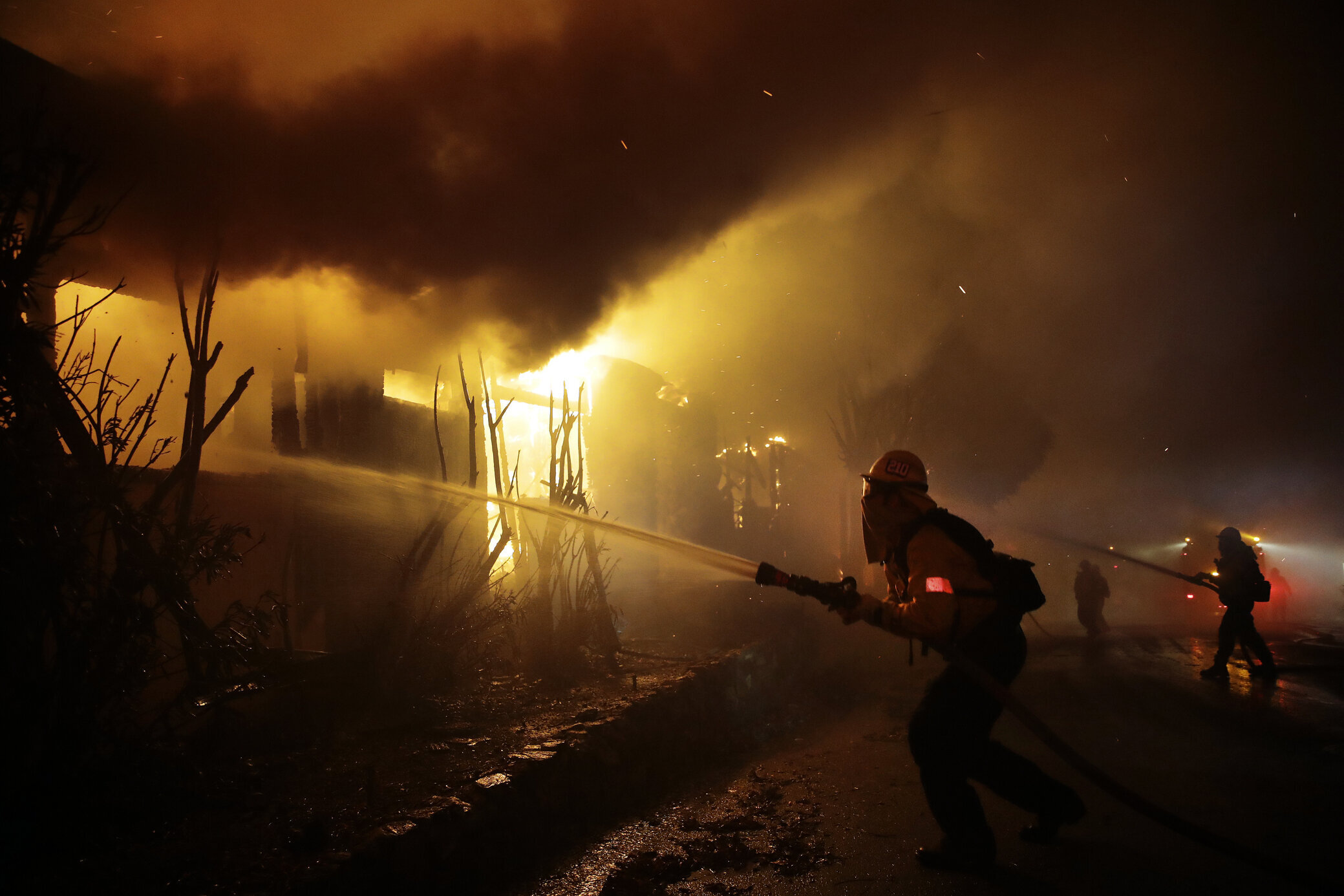 As over a dozen fires burned across California, thousands of people were evacuated and millions were still without power on Monday.

Fifteen major fires were burning from Northern to Southern California as of midday Monday, per Cal Fire.

The largest among them, the Kincade fire in Sonoma county, was blazing since Wednesday and had torn through over 66,000 acres as of early Monday ― more than tripling its size over the weekend when over 100 mph winds blew through the region. The fire ― which was still only 5% contained even as over 4,000 firefighters battled it ― has so far destroyed almost 100 buildings. Around 180,000 people have been evacuated around Sonoma due to the fire.

Meanwhile, the Getty fire, which started in the early hours of Monday near West Los Angeles, reached over 600 acres by 12 p.m. The fire destroyed eight homes, damaged at least five more and was 0% contained. The ongoing blaze has spurred evacuations and school closures around West Los Angeles and Santa Monica. Celebrities including Arnold Schwarzenegger and LeBron James have evacuated.

Gov. Gavin Newsom (D-Calif.) declared a statewide emergency on Sunday in response to the many blazes. More than 3,000 people spent Sunday night in Red Cross and other shelters, per the American Red Cross.

Meanwhile, electric utility PG&E shut off power to over 2 million people over the weekend in Northern California in an effort to prevent further fires ― the largest-ever such power shutdown by the company.

On Monday, PG&E said it had started to restore power in some areas, with some 30,000 customers getting electricity back on as of Sunday evening. However, PG&E also warned that it was preparing for further possible shutoffs starting Tuesday, due to high winds expected back in the region, which could possibly affect over half a million customers.

Newsom noted in a presser Monday that while PG&E has started the process to restore power, it could take up to 48 hours to “substantially complete,” and even so there were “no guarantees” on timing, and these restorations could overlap with the upcoming potential blackouts as wind may pick up midweek.

PG&E told HuffPost that some customers who were currently out of power “may remain out throughout the duration” of the next potential shutoff ― meaning for potentially up to five days or more.

While the National Weather Service removed its “red flag warning” for the San Francisco Bay Area on Monday, the agency said weather conditions for fires were still “near critical.” The agency also warned of worsening air quality in the area, as some parts of the Bay Area had hazy, smoky air qualified as “unhealthy for sensitive groups.”

On Monday, PG&E told state regulators that its equipment malfunctioning may be linked to fires that occurred over the weekend in Lafayette, in the East Bay region, per the San Francisco Chronicle. A local tennis club was completely burned down by one of the blazes.

PG&E’s equipment has been linked to several major fires in Northern California in recent years, including last year’s Camp fire in Paradise ― the deadliest-ever in the state ― which killed 85 people.