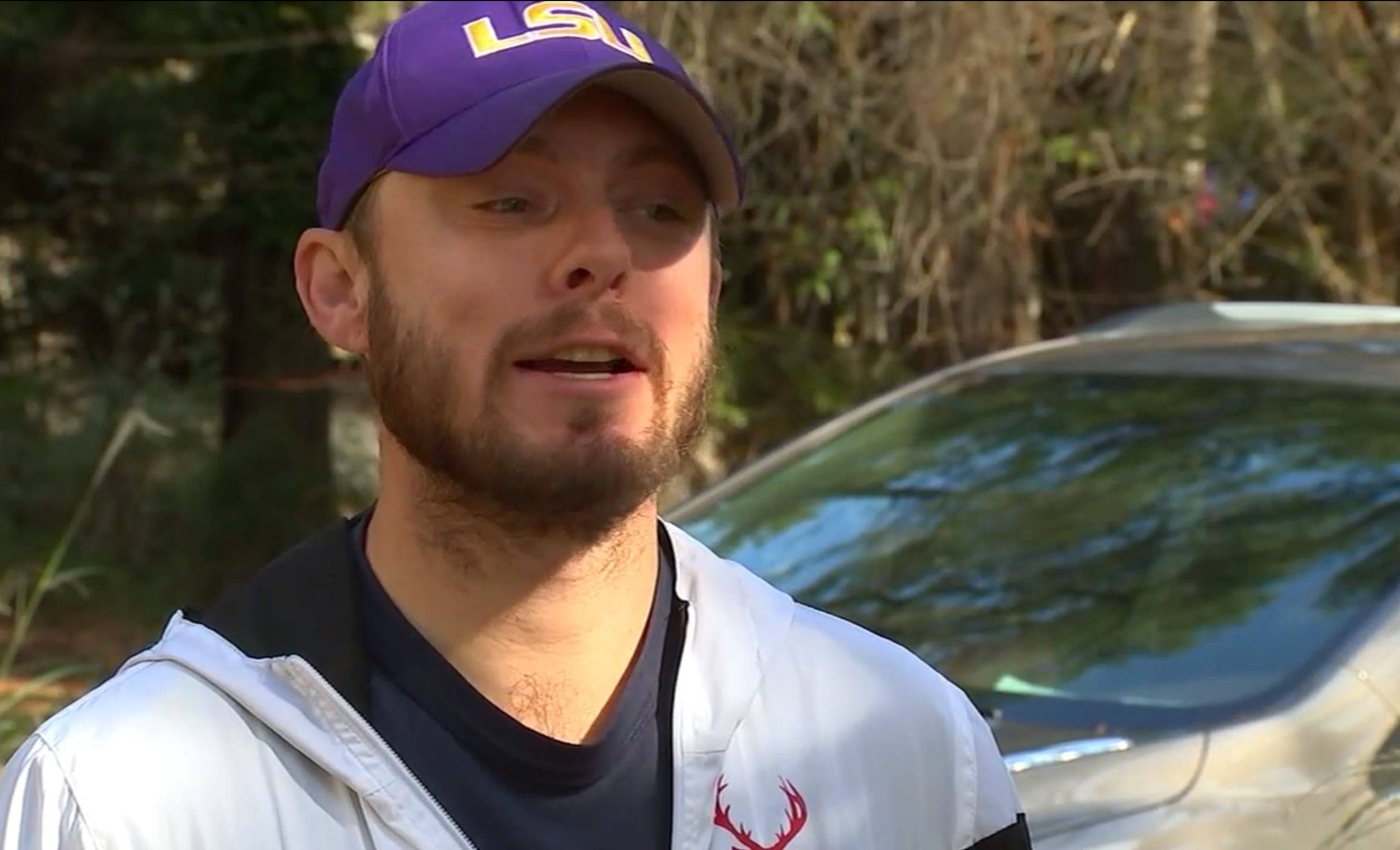 A high school football coach in North Carolina resigned on Sunday after posting a video on social media in which he yelled “White power!” and then added, “I still love you, n****rs!”

John Hoskins, a 32-year-old assistant coach at Knightdale High School, said he was celebrating a team victory with a group of friends who he says were both black and white.

For some reason, Hoskins decided to shout the slur at a bar and post a video of it on Instagram.

Hoskins later deleted the video but not before it was shared with school administrators.

Although he admitted it looked bad, Hoskins insisted he didn’t mean anything offensive by it.

“Just to set the record, I’m not racist,” Hoskins told local station WTVD-TV on Tuesday. “I don’t mean it in a negative way.”

Hoskins didn’t let the chance for self-pity slip away either.

“Fifteen seconds of fame in the wrong way. I’ve ruined the last 12 years of my career,” he said.

Still, Hoskins decided the best thing to do was to resign from the team, which he did with a one-sentence note sent to the coach and school administrators.

This is the resignation letter from the assistant 🏈 coach at Knightdale High who was seen on video using the N-word and shouting “White Power, Knightdale.” He explained to me this was locker room talk condoned by his black players, he used while celebrating Friday with friends. pic.twitter.com/MjDURjU3nQ

Hoskins understands the problems with a white guy using a racial slur but apparently felt he had a pass because he had friends who are people of color.

“I guess I’ve been around them for so long. We’re friends. I mean nothing from it,” he told the local station. “The word can be used in multiple ways. They treat me as any of their own friends.”

He also said the black players he coaches also encouraged him to use the racial slur.

“They joke around. We joke around. They walk up to me and say it. ‘Hey coach, just say it. You’re a good coach. Just say it.’ Once in a while, it slips,” he said. “Once a year, it slips. To have them smile and laugh. Besides that, I mean nothing from it.”

Knightdale principal Keith Richardson accepted the resignation and sent a notice to parents on Tuesday:

“I was made aware of a disturbing video showing an assistant coach on our football team making racist comments at a local establishment on Saturday night.

“While he was not a teacher or full-time staff member at our school, I was greatly dismayed and disappointed to see this type of behavior and mindset from someone in a position of trust.

“John Hoskins has resigned and is no longer affiliated with our school or our football team.”

During a school board meeting Tuesday, chairman Jim Martin said the situation was unacceptable.

“Again, a very significant and severe racist incident occurred over the weekend,” Martin said, according to the Charlotte News-Observer. “From this board, I want it to be clear that any such racist engagements, whether it’s from staff or students, are inappropriate, not accepted and wrong.

Planned Parenthood Not So Subtly Blasts T.I. With Tweet Thread On Virginity

Heavily-armed man arrested in Mexico not linked to deadly ambush