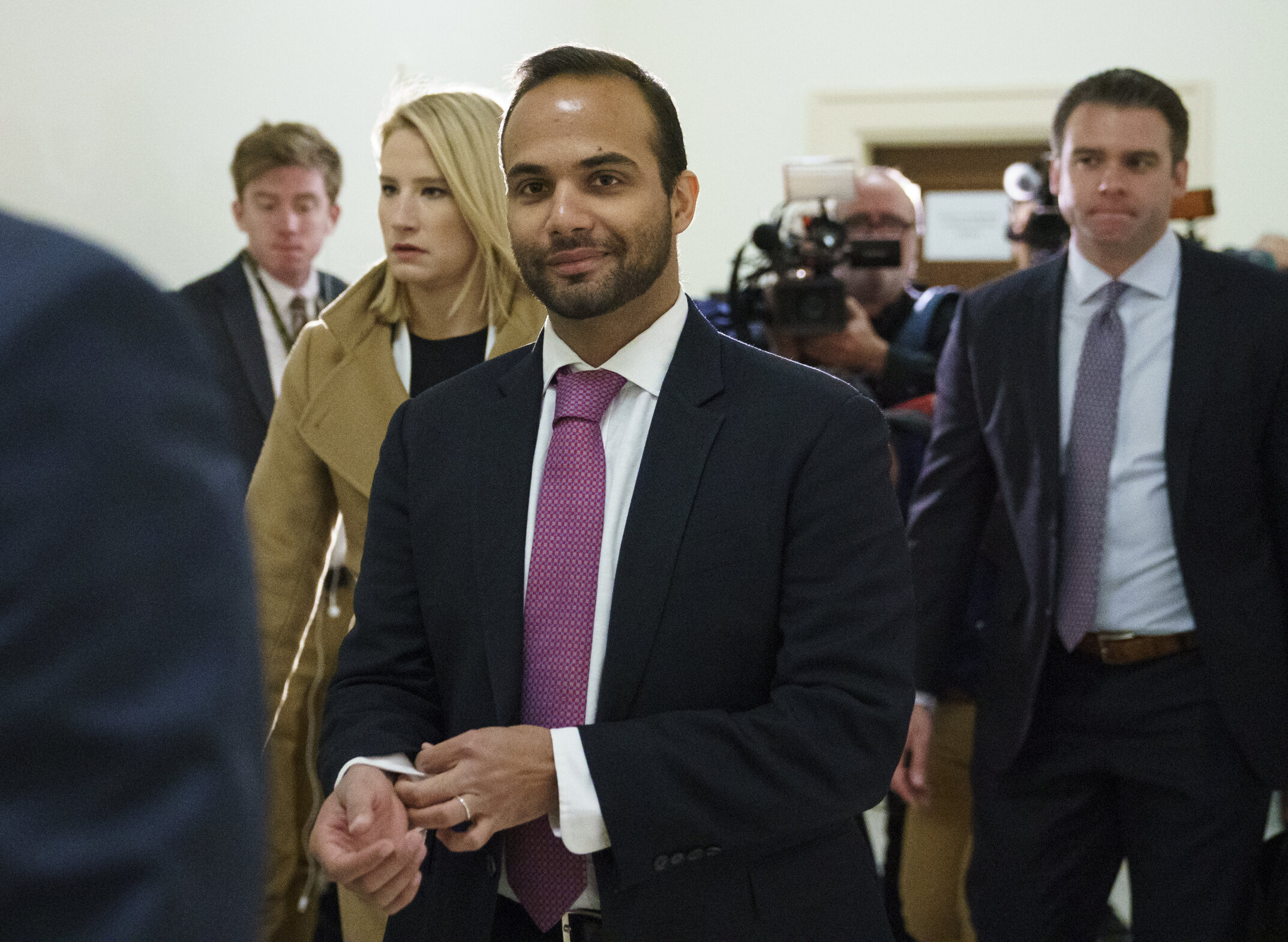 Former Trump campaign aide George Papadopoulos, the first person sent to prison as part of the probe into Russian interference in the 2016 elections, filed paperwork to run for the House seat vacated this week by Democratic Rep. Katie Hill.

Papadopoulos, 32, intends to run for Hill’s seat in California’s 25th District, which covers Los Angeles County, per his filing with the Federal Election Commission on Tuesday. The former campaign aide pleaded guilty to lying to the FBI during the Russia investigation and served two weeks in prison.

George Papadopoulos already has a campaign website up. https://t.co/Fo8YHaGbIL pic.twitter.com/cpyBmLGEvA

Hill resigned from Congress on Sunday amid unproven claims that she had a relationship with a congressional staff member after being sworn into office earlier this year. The House Ethics Committee had opened a probe into the allegations, which, if true, would constitute a violation of ethics rules. Hill denied that the affair took place, but did confirm in a letter to constituents that she had a separate inappropriate relationship with a campaign aide before she was elected (there are no ethics restrictions covering relationships before lawmakers take office).

“This is the hardest thing I have ever had to do, but I believe it is the best thing for my constituents, my community and our country,” she said at the time.

Papadopoulos hinted in recent days that he was eyeing Hill’s seat, tweeting that he was “smelling blood in the water.”

“Someone has to step up,” he wrote. “I love my state too much to see [it] run by candidates like Hill. All talk, no action, and a bunch of sell outs.”

The Associated Press notes that at least three other Republicans and one Democrat are already vying for Hill’s seat. The district had been held by the GOP before Democrats flipped it during last year’s midterm elections.

State Assemblywoman Christy Smith, the lone Democrat to throw her hat into the ring so far, challenged Papadopoulos’ candidacy on Twitter shortly after his announcement.

“If he pled guilty to lying to the FBI – how do we know he’ll tell us the truth?” she wrote. “We deserve someone from our community serving as our voice.”

Navy upholds sentencing of Navy SEAL for posing with corpse