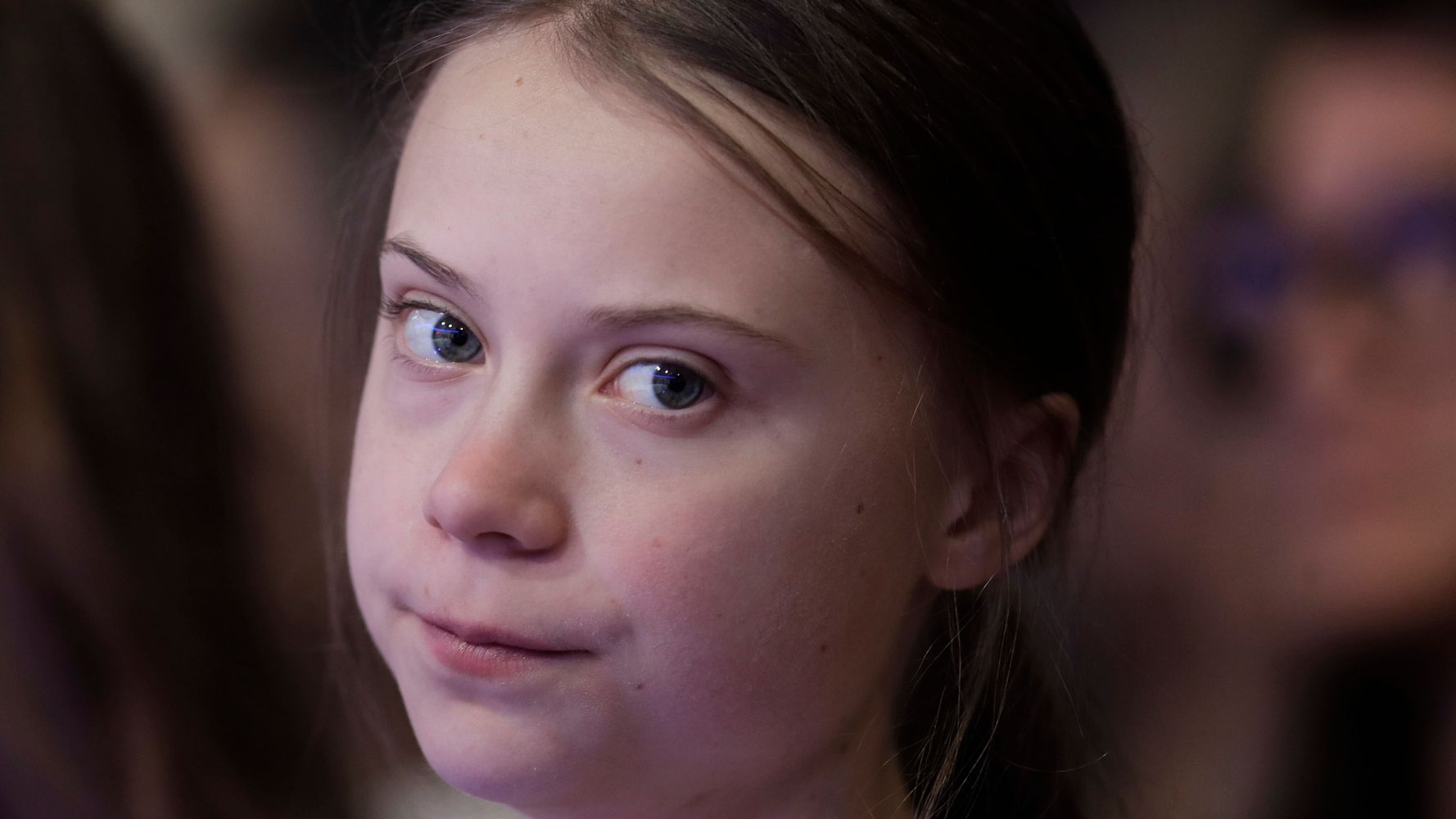 “It doesn’t take a college degree in economics to realise that our remaining 1,5° carbon budget and ongoing fossil fuel subsidies and investments don’t add up,” Thunberg, 17, tweeted in response to Mnuchin’s dig.

At the World Economic Forum in Davos, Switzerland, Thunberg and other young climate activists called on corporate and world leaders to divest from fossil fuel exploration and extraction to save the planet.

“Is she the chief economist or who is she? I’m confused,” Mnuchin mocked Thunberg, later claiming he was joking and that it was “funny.” But he added: “After she goes and studies economics in college she can come back and explain that to us.”

My gap year ends in August, but it doesn’t take a college degree in economics to realise that our remaining 1,5° carbon budget and ongoing fossil fuel subsidies and investments don’t add up. 1/3 pic.twitter.com/1virpuOyYG

So either you tell us how to achieve this mitigation or explain to future generations and those already affected by the climate emergency why we should abandon our climate commitments. 2/3

Thunberg was hardly the only one to pile on Mnuchin after his smug remark. Nobel Prize-winning economist Paul Krugman berated Mnuchin for so poorly understanding his own purported area of expertise — the economy — that he claimed the Trump administration’s massive corporate tax cut would “pay for itself,” instead of breaking the U.S. budget, as it has.

The man who predicted that the Trump tax cut would pay for itself says Greta Thunberg needs lessons in economics 1/ https://t.co/me4dhgNhzD

More generally, serious economic analysis says that large reductions in carbon emissions would have surprisingly low costs. It’s the people insisting that protecting the planet is incompatible with growth who don’t know economics 2/

The Earth just suffered its hottest decade ever on record.

Yes, because we all know #Mnuchin went to school for climatology 😒.

The “economy” is kind of dependent on us having a habitable planet to live on, and we should be divesting from things that contribute to Climate Change like Fossil Fuels. https://t.co/dyqymiwUp8

Mnuchin goes after Greta Thunberg and says she should study economics

Here’s what Mnuchin learned from economics studies: as the “foreclosure king,” he ran a company that booted elderly residents from their homes due to onerous loans and technicalities https://t.co/NrlufW3ZoO

I want to live in an America where a guy famous for foreclosing on little old lady’s homes to get richer isn’t in a position of power where he can condescend to a teenage girl who is trying desperately to help save the world from the greed of people like him.#Mnuchin

Oh, and I suppose sleazeball #Mnuchin has a degree in Climate Science too and wants us to ignore the 97% of Climate Scientists who are predicting disaster if we keep pursuing his contemptuous disregard for future life on our planet. He’ll be dead when shit hits the fan for Greta.

Another grown ass man picking on a teenage girl, whose only crime is she wants to save the planet so that her generation has one to live on–But hey @FLOTUS it’s all about #BeBest right?!! #Mnuchin #GretaThunberg https://t.co/OoMOEIRtWh