by saywharadio2 months ago4 min read 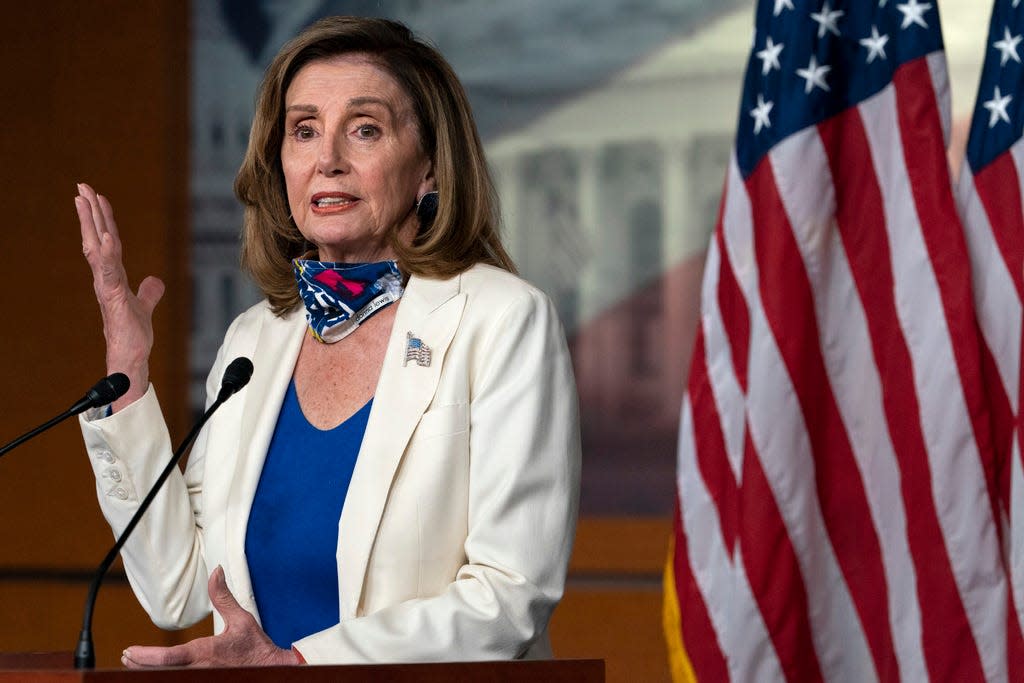 WASHINGTON — The House of Representatives voted along mostly party lines to pass a revised COVID-19 relief bill Thursday evening as negotiations remained stalled with the White House and a deal between Democrats and Republicans on urgently needed aid remained out of reach.

The proposal, a pared-down version of the Heroes Act passed by House Democrats in May, passed on a 214-207 vote. All Republicans voted against it, along with 18 Democrats.

The Republican-controlled Senate likely will not act on the bill. Republican senators have balked at a higher price tag for more relief.

House Democrats unveiled their $2.2 trillion proposal on Monday, though House Republicans panned the bill as a “socialist wish list,” and Senate Majority Leader Mitch McConnell told reporters it would be “outlandish” to think Senate Republicans would support a relief bill over $2 trillion.

Democrats acknowledge the bill under consideration Thursday evening will not be the final version of a stimulus deal.

“Negotiations are continuing, and I ardently hope that we can soon return to this Floor with a bipartisan agreement,” House Appropriations Committee Chairwoman Nita Lowey, D-N.Y., said on the House floor. “In the meantime, a strong vote tonight will show our will to act and bring us closer to delivering much-needed relief to American families.”

House Democrats had lined up a vote Wednesday evening on the legislation but postponed the vote to give Pelosi and Mnuchin another day to negotiate.

More: Shell plans to cut up to 9,000 jobs as oil demand slumps

Pelosi did not appear optimistic Thursday about the prospects of coming to a bipartisan deal on a coronavirus stimulus bill.

While Pelosi said she remained “hopeful” and called talks with Mnuchin “constructive,” she noted that Democrats and the White House had “a difference, not just of dollars, but of values.”

“Hopefully, we can find our common ground on this and do so soon,” the California Democrat said.

Asked about the odds of an agreement, she said, “I don’t know, it just depends. We’ll see.”

The impasse in negotiations comes as many of the benefits previously approved by Congress have already run out. The $600 federal boost to unemployment benefits ran out in July, a loan forgiveness program for small businesses expired, and airlines have warned of mass layoffs and furloughs as their billions of dollars in federal payroll assistance expire on Oct. 1.

The bill, an updated version of legislation passed by House Democrats, would provide a round of $1,200 relief checks, reauthorize the small-business lending program, bring back the $600 federal boost to the unemployment benefit through January and provide assistance for the airline industry.

Among the sticking points in negotiations have been the amount of the unemployment benefit, which Republicans said would disincentivize work if it provides too much money. Democrats offered $600 in their proposals, whereas Republicans offered $200 and $300 in other proposals. Both sides also remain far apart on the amount of aid to give to state and local governments. Republicans are wary of adding to the deficit and say the money would bail out mismanaged local governments.