Instagram’s Search Results For Vaccines Are A Public Health Nightmare

by saywharadio8 months ago7 min read 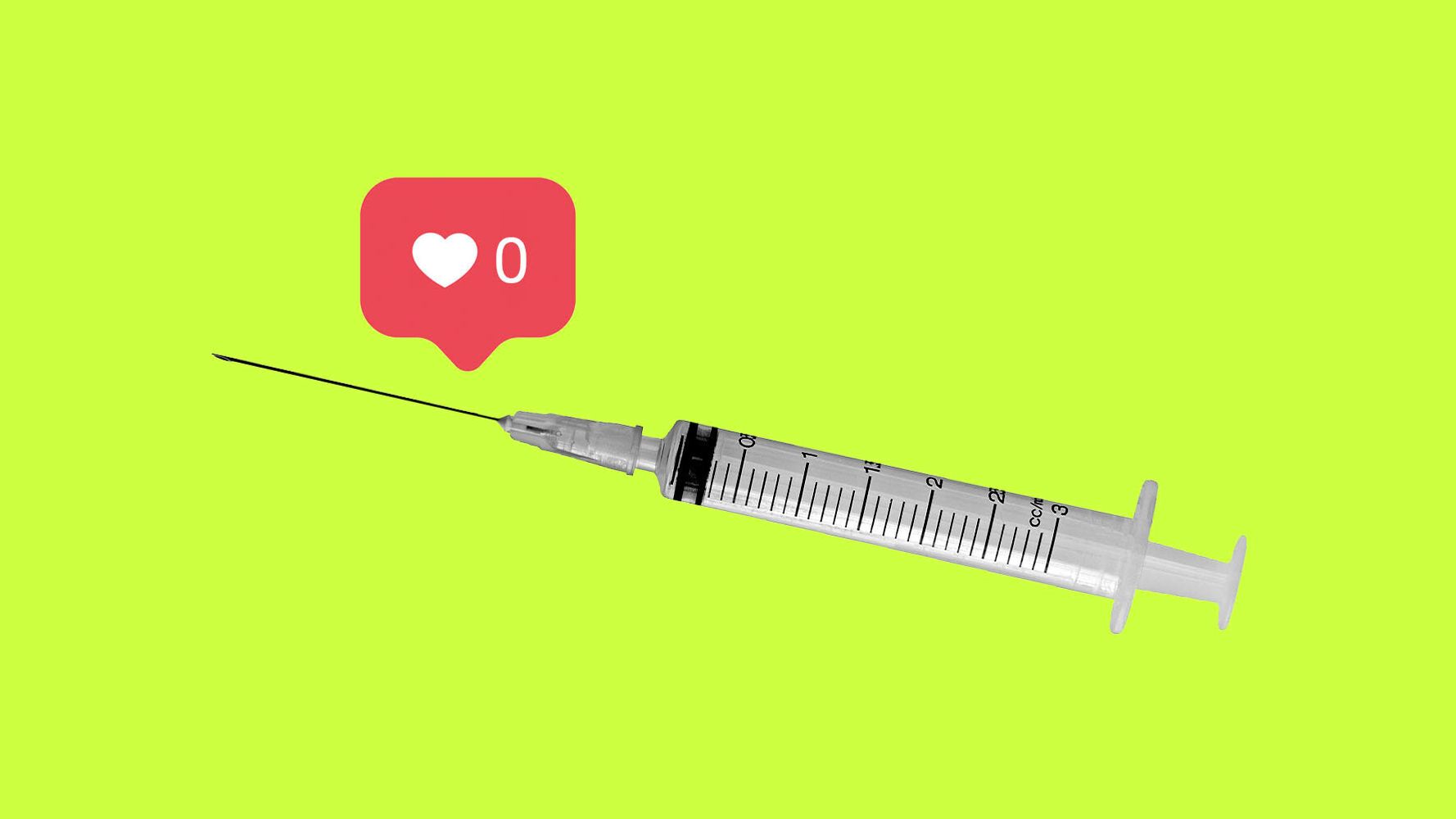 It’s been almost a year since Instagram pledged to reduce the spread of vaccine-related misinformation on its platform. But today, it continues to do the exact opposite.

When HuffPost created a new Instagram account and searched for the term “vaccines” on Saturday, almost all of the top results were anti-vax pages. (Searches from other accounts produced the same results.) At the very top was a profile with more than 74,000 followers and posts pushing blatant falsehoods about vaccines and the Wuhan coronavirus. As soon as HuffPost followed that account, Instagram recommended dozens more that, just like it, were promoting dangerous medical misinformation amid a global health emergency.

With its 1 billion users, the role that Facebook-owned Instagram plays in shaping public discourse is not easily understated. More than one-third of American adults who use the app get news there, according to a 2019 Pew Research Center study. And while it has escaped much of the scrutiny cast upon its parent company and Twitter, Instagram has quietly become a breeding ground for fake news — including public health hoaxes.

Vaccines go through rigorous testing and evaluation, have been ruled safe by a long list of independent studies and are often vital for preventing serious diseases. And yet, anti-vaxxers spreading debunked conspiracy theories are still thriving on Instagram, where their content is not only hosted but actively amplified.

Anti-vaxxers make up a small percentage of the population. Massive platforms with global reach such as Instagram, however, boost their messaging to millions of other people, effectively handing them a digital megaphone and giving them outsized influence. A teenager who got vaccinated against his mother’s wishes told Congress last March that she “would turn to social media groups” instead of authoritative sources for vaccine information.

HuffPost followed several of the accounts that Instagram displayed most prominently in the “vaccines” keyword search, just as a parent who is considering vaccinating their child might do. Many of the accounts were explicitly anti-vax, while others had vaccine-neutral usernames but still featured anti-vax content.

Here’s a glimpse of some of the posts that subsequently appeared on HuffPost’s Instagram Explore page, the algorithmically curated collection of public content that Instagram customizes for each user, alongside Instagram’s search results for the term “vaccines”:

Multiple posts claimed vaccines cause autism — a myth that medical authorities have debunked repeatedly. One suggested vaccines have been infecting people with the coronavirus, while another implied Bill and Melinda Gates are behind the virus’s outbreak. Yet another called vaccines “weapons for human farming: killing, sterilising, mind control, and disease creation for fear and income.” Several hawked their own “natural remedies.”

Social media algorithms are generally designed to show you content that will keep you engaged for as long as possible. If Instagram’s algorithm detects that you’re planning a wedding, for instance, you can expect to see a lot of flowers and decor in your feed. If it determines that you might be opposed to vaccination — as it appeared to do when HuffPost followed a single anti-vax page — get ready for a deluge of anti-vax propaganda.

Here are a few posts directly from the accounts HuffPost followed at Instagram’s suggestion:

By rewarding disinformation with promotion, Instagram incentivizes users to produce more of it. And by actively recommending false and misleading anti-vax content, Instagram is complicit in legitimizing and fueling distrust in vaccines — which is a global crisis. The National Institutes of Health and the World Health Organization have both attributed the recent resurgence of measles in the U.S. to a rise in vaccine refusals.

Within hours of the WHO declaring the coronavirus outbreak an international public health emergency on Thursday, Facebook and Instagram announced that they would remove content containing misinformation about the epidemic from their platforms. But the very next day, Instagram’s algorithm served up false information about the virus to HuffPost, such as the post baselessly claiming that it is spread by vaccines.

“This is causing real damage to public health,” said Vish Viswanath, a professor of health communication at the Harvard T.H. Chan School of Public Health. “Most people who use Instagram are younger — people who may not have children yet, but could be ready to have children. Their opinions about vaccines are still being formed.”

Unable Or Unwilling To Change?

Instagram can (and does) moderate its search results for different keywords and hashtags. The company introduced a policy last spring to derank content that it deems to be “inappropriate” and to hide certain hashtags from its search results. Searching for #HotSex, for example, will bring up no posts.

But Instagram’s enforcement of this policy can seem arbitrary and, in some cases, alarmingly misguided. #SexualHealth is blocked, whereas #KillBlackPeople is not.

Despite vowing 11 months ago to block hashtags that consistently surface vaccine-related misinformation, Instagram still allows the use of #AntiVax and #AntiVaxx, though viewers are prompted to visit the Centers for Disease Control and Prevention website before accessing the associated posts. Instagram told HuffPost that these hashtags are not blocked because they do not meet a certain threshold of verifiably false vaccine-related information.

“We work to limit the spread of vaccine misinformation on Instagram. When an account repeatedly posts misinformation, we take action,” a Facebook spokesperson said. “This includes making content from that account harder to find, for example, by filtering it from Explore and hashtag pages. We also show a pop-up when people tap on vaccine related hashtags that offers credible information about vaccines from the WHO and the CDC.”

Peddlers of fake news have long found simple yet effective ways to circumvent social media platforms’ restrictions. Since Instagram said it would crack down on vaccine misinformation, anti-vaxxers have started using unrelated political hashtags such as #Trump2020 and #MAGA to preserve, if not increase, the visibility of their content, Vice found.

And while Instagram has blocked #VaccinesKill and #VaccinesCauseAutism, intentionally distorted hashtags like #VaççinesKillAndInjure are still active on the platform.

Instagram and Facebook have also directly profited from anti-vax messaging. In January, the platforms ran paid ads suggesting that the vaccine for whooping cough is ineffective — and then refused to remove those spots — despite their policies prohibiting ads containing vaccine misinformation, BuzzFeed News reported.

Instagram has been “a very effective platform in sowing the seeds of doubt [about vaccines], and spreading disinformation,” Viswanath said.

As for the idea that the company is committed to taking action, he wondered, “Is Instagram really putting its best foot forward in combatting this? It’s not rocket science.”