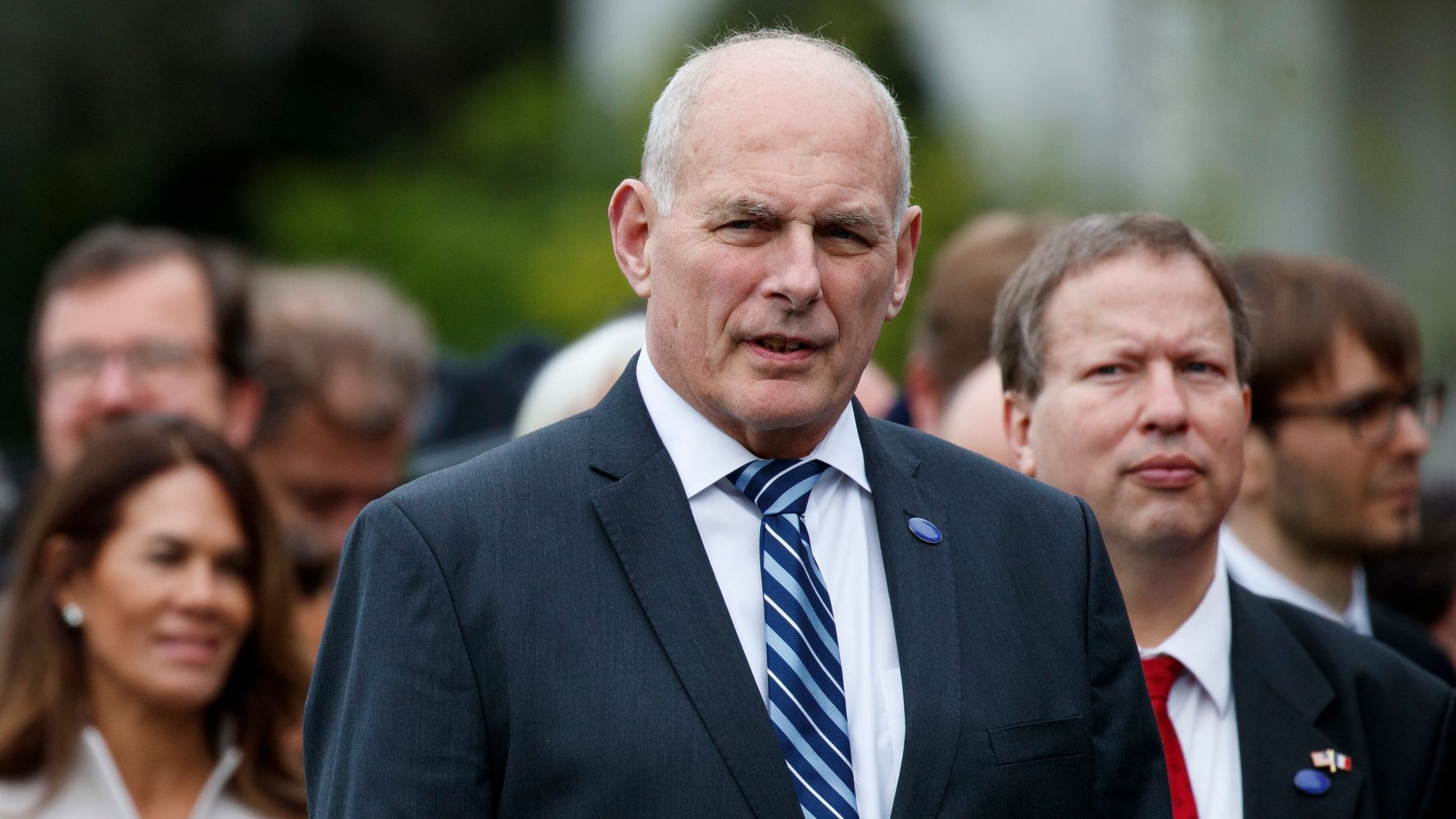 “He did exactly what we teach them to do from cradle to grave,” Kelly said during a speech Monday at Drew University in Morristown, New Jersey, according to The Atlantic. “He went and told his boss what he just heard.”

Vindman, an expert on Ukrainian affairs, was one of several National Security Council officials to listen in on Trump’s notorious July 25 call with Ukrainian President Volodymyr Zelensky. He testified during the House’s impeachment inquiry in November that he was so disturbed by Trump’s efforts to get Zelensky to investigate Democratic rival Joe Biden that he reported it to the NSC’s top lawyer.

Trump removed Vindman and his twin brother, Lt. Col. Yevgeny Vindman, from the NSC last week, just days after the Senate voted to acquit the president. Trump also fired Gordon Sondland, another impeachment witness who had served as the U.S. ambassador to the European Union.

Kelly told the audience Monday that Vindman was rightly disturbed by Trump’s call with Zelensky and acted as a good soldier by flagging it. He said Trump’s decision to condition U.S. military aid to Ukraine on an investigation into Biden marked a major shift in U.S. foreign policy and probably sounded like “an illegal order” to Vindman.

“We teach them, ‘Don’t follow an illegal order. And if you’re ever given one, you’ll raise it to whoever gives it to you that this is an illegal order and then tell your boss,’” Kelly said, per The Atlantic.

After Kelly served as the homeland security secretary for about seven months, Trump tapped him to replace Reince Priebus as White House chief of staff. He held that position until he resigned in January 2019.

Tensions between Kelly and Trump were widely reported during his tenure as chief of staff. The retired U.S. Marine Corps general once reportedly called the White House a “miserable place to work.”

Kelly didn’t appear to hold back much during his appearance at Drew University on Monday. He condemned Trump’s infamous claim in 2015 while running for president that migrants crossing into the U.S. from Mexico are “rapists” and drug dealers.

“In fact, they’re overwhelmingly good people,” Kelly said Monday. “They’re not all rapists and they’re not all murderers, and it’s wrong to characterize them that way. I disagreed with the president a number of times.”

He also hit out at Trump’s decision to intervene in the case of Eddie Gallagher, a Navy SEAL who was convicted of posing with the corpse of a teenage fighter for the self-described Islamic State. The Navy demoted Gallagher for his actions, but Trump reversed it.

“The idea that the commander-in-chief intervened there, in my opinion, was exactly the wrong thing to do,” Kelly said. “Had I been there, I think I could have prevented it.”

Though he’s tried to distance himself from some of the Trump administration’s most controversial policies since resigning, Kelly helped implement some of them during his time in office. For instance, he supported the notorious family separation policy that split up parents who illegally crossed into the U.S. from their children at the border.

He has also come under fire for protecting then-White House aide Rob Porter in the face of domestic violence allegations made by his ex-wives ― and for just being an all-around jerk.

Trump lashed out at Kelly in a series of tweets Thursday morning, accusing his former chief of staff of being unable to “keep his mouth shut.”

“When I terminated John Kelly, which I couldn’t do fast enough, he knew full well that he was way over his head,” the president wrote. “He came in with a bang, went out with whimper.”

When I terminated John Kelly, which I couldn’t do fast enough, he knew full well that he was way over his head. Being Chief of Staff just wasn’t for him. He came in with a bang, went out with a whimper, but like so many X’s, he misses the action & just can’t keep his mouth shut,.

….which he actually has a military and legal obligation to do. His incredible wife, Karen, who I have a lot of respect for, once pulled me aside & said strongly that “John respects you greatly. When we are no longer here, he will only speak well of you.” Wrong!

Head over to The Atlantic to read the full report.