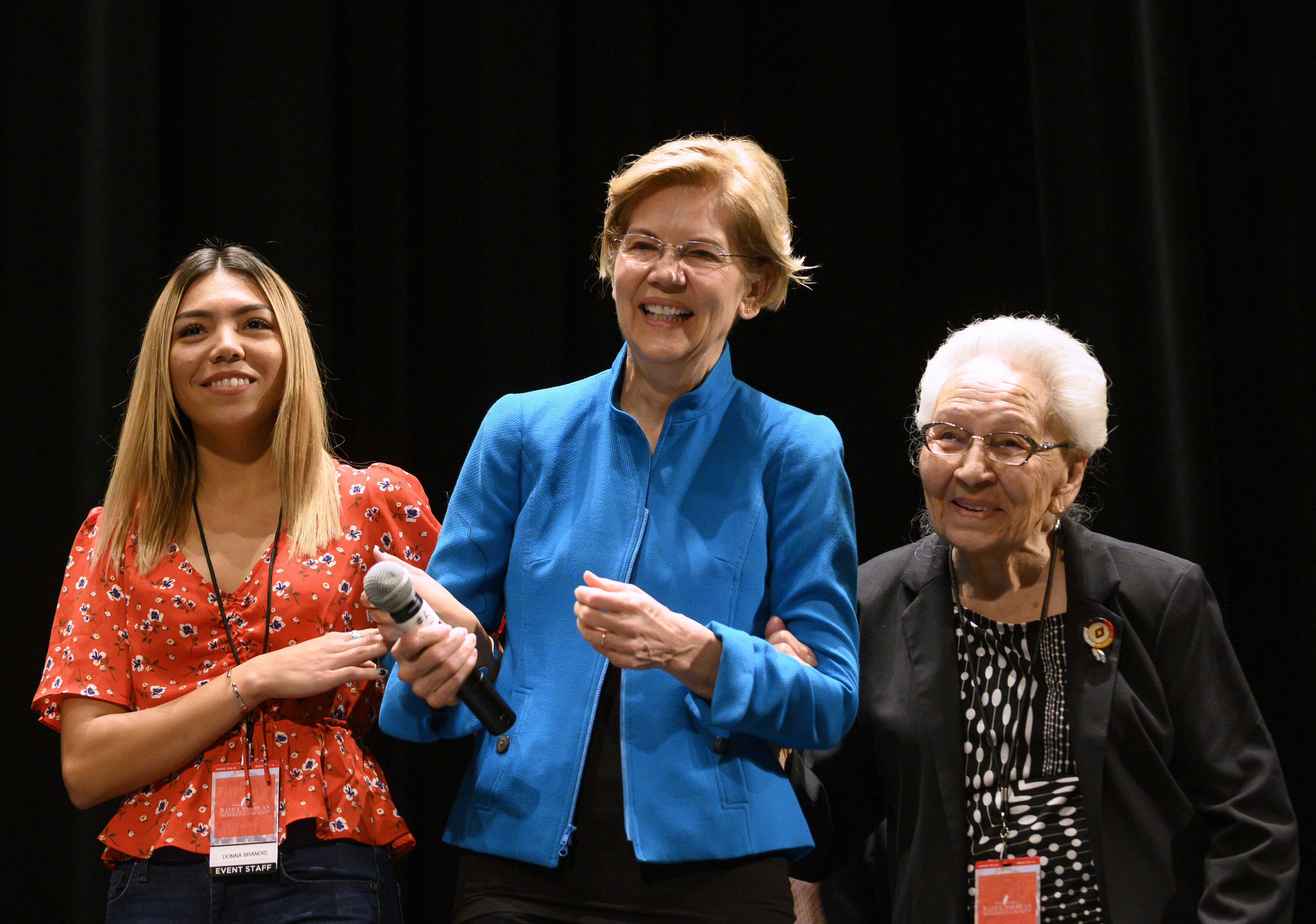 The lawsuit listed a dozen public figures ― including journalists and social media-savvy academics ― but Bertelsman’s dismissal only applies to Warren and Haaland.

The defamation suit filed by several Covington Catholic students against Democratic presidential candidate @ewarren has been dismissed by a federal judge in #Kentucky.

Motions to dismiss the lawsuits against Warren and Haaland were “granted on the basis that the claims against them are barred by sovereign immunity under the Federal Tort Claims Act,” the ruling stated.

The rest of the claims in the lawsuit were transferred back to Kentucky state court, according to Robert Barnes, an attorney who filed the lawsuit on behalf of the students. Other defendants who were listed in the lawsuit included New York Times reporter Maggie Haberman, historian Kevin Kruse, actress Kathy Griffin and Republican political commentator Ana Navarro.

“We will be appealing the dismissal of the two elected officials,” Barnes said of the judge’s decision regarding Warren and Haaland. “Politicians are not immune from libel; getting elected to federal office is not a license to libel.”

The lawsuit surrounds a now-viral incident in which indigenous activist Nathan Phillips sang and played a drum at the Indigenous People’s March at the Lincoln Memorial on Jan. 18 while Covington Catholic students surrounded him. The students chanted in what many considered a mocking manner and performing the offensive tomahawk chop.

Many interpreted video footage of Covington student Nick Sandmann’s smirk and close proximity to Phillips as an attempt to intimidate the activist, though the teen has maintained that he was trying to defuse the situation. The students were in Washington to participate in the annual anti-abortion March for Life rally.

Reacting to the incident, Haaland tweeted that Phillips was “being harassed and mocked by a group of MAGA hat-wearing teens.” Haaland and Rep. Sharice Davids (D-Kan.) became the first Native American women elected to Congress last year.

“This Veteran put his life on the line for our country,” Haaland also tweeted. “The students’ blatant display of hate, disrespect, and intolerance is a signal of how common decency has decayed under this administration. Heartbreaking.”

This Veteran put his life on the line for our country. The students’ display of blatant hate, disrespect, and intolerance is a signal of how common decency has decayed under this administration. Heartbreaking. https://t.co/NuPnYu9FP4

Warren had tweeted that Phillips ”endured hateful taunts with dignity and strength, then urged us all to do better.”

The lawsuit alleged that Haaland and Warren’s tweets were libelous.

Sandmann and his family filed a separate lawsuit in February accusing The Washington Post of making defamatory statements about him in its coverage of the incident in Washington. That lawsuit accused the newspaper of “targeting and bullying” Sandmann because he’s a “white, Catholic student wearing a red ‘Make America Great Again’ souvenir cap.”

Bertelsman originally dismissed that suit in July, saying that the statements Sandmann alleged were defamatory were not and are protected by the First Amendment. But the judge ruled in October that the case could proceed into the discovery phase, saying that “justice requires” further review of three of the 33 statements cited in the lawsuit.

Sandmann’s family also sued CNN and NBC over their coverage of the incident. Both networks have filed motions to dismiss the pending lawsuits.

President Donald Trump recently tweeted his support for the teenage Sandmann, calling the Post “thoroughly disgusting” and saying the student “could now have a good chance of winning.”