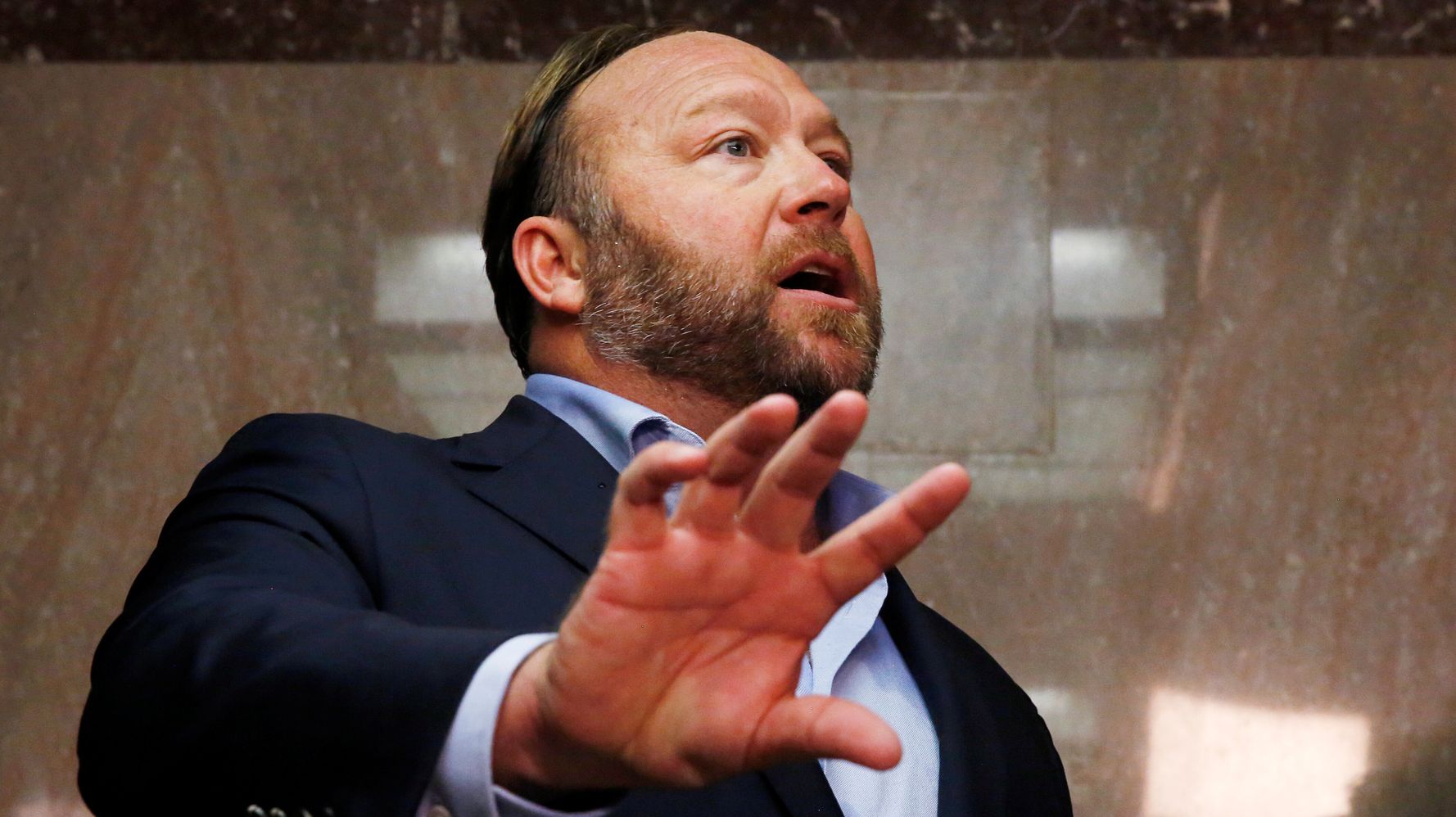 Conspiracy promoter and right-wing media personality Alex Jones has been ordered to pay $100,000 in court costs and legal fees stemming from a lawsuit over his claims that the 2012 Sandy Hook massacre of school children was a hoax, court records show.

Jones, founder of the Infowars radio show and webcast, has claimed the mainstream media and gun-control proponents conspired to fabricate the tragedy in which 20 school children and six school staff were shot dead at Sandy Hook Elementary School in Newtown, Connecticut, on Dec. 14, 2012.

In response, several parents of the slain 6- and 7-year-old children sued Jones and Infowars for defamation and emotional distress in Texas, where Infowars is based, and in Connecticut.

In Texas, Travis County District Court Judge Scott Jenkins on Dec. 20 ordered Jones and Infowars to pay more than $100,000 in a case brought by Neil Heslin, whose 6-year-old son, Jesse Lewis, was killed at the school. The Daily Beast first reported the rulings on Monday.

Right-wing media personality Alex Jones has been ordered to pay $100,000 in a case brought by a man whose son was killed in the 2012 Sandy Hook shooting. Jones is facing several lawsuits for his claim that the 2012 massacre was a hoax pic.twitter.com/8aA4xQtwha

Jones’ attorney, Wade Jefferies, said the lawsuit should be dismissed on freedom of speech grounds and said he would appeal the judge’s decision not to dismiss it. He also said the legal payments ordered by the judge were excessive.

“As to the actual amounts of attorney’s fees awarded, in my opinion, and every lawyer with knowledge of the case I have talked to agrees, the attorney’s fee awards are excessive,” Jefferies said in an email.

The Sandy Hook tragedy rocked the United States when a 20-year-old man shot and killed his mother at home and then went on a rampage at the school, also killing himself.

Jones began promoting the fiction that the event was staged. After conducting what he called “deep research,” Jones said in 2014 “the whole thing was fake.”

However, in a deposition linked to one of the suits, Jones later conceded that “children died and it’s a tragedy,” while also denying he had wronged the parents of the slain children.

Mark Bankston, an attorney representing Heslin and three other Sandy Hook parents, said Jones has “put a middle finger up to the court.”

“Hopefully these orders will have the effect of telling him there’s severe consequences for this,” Bankston said.