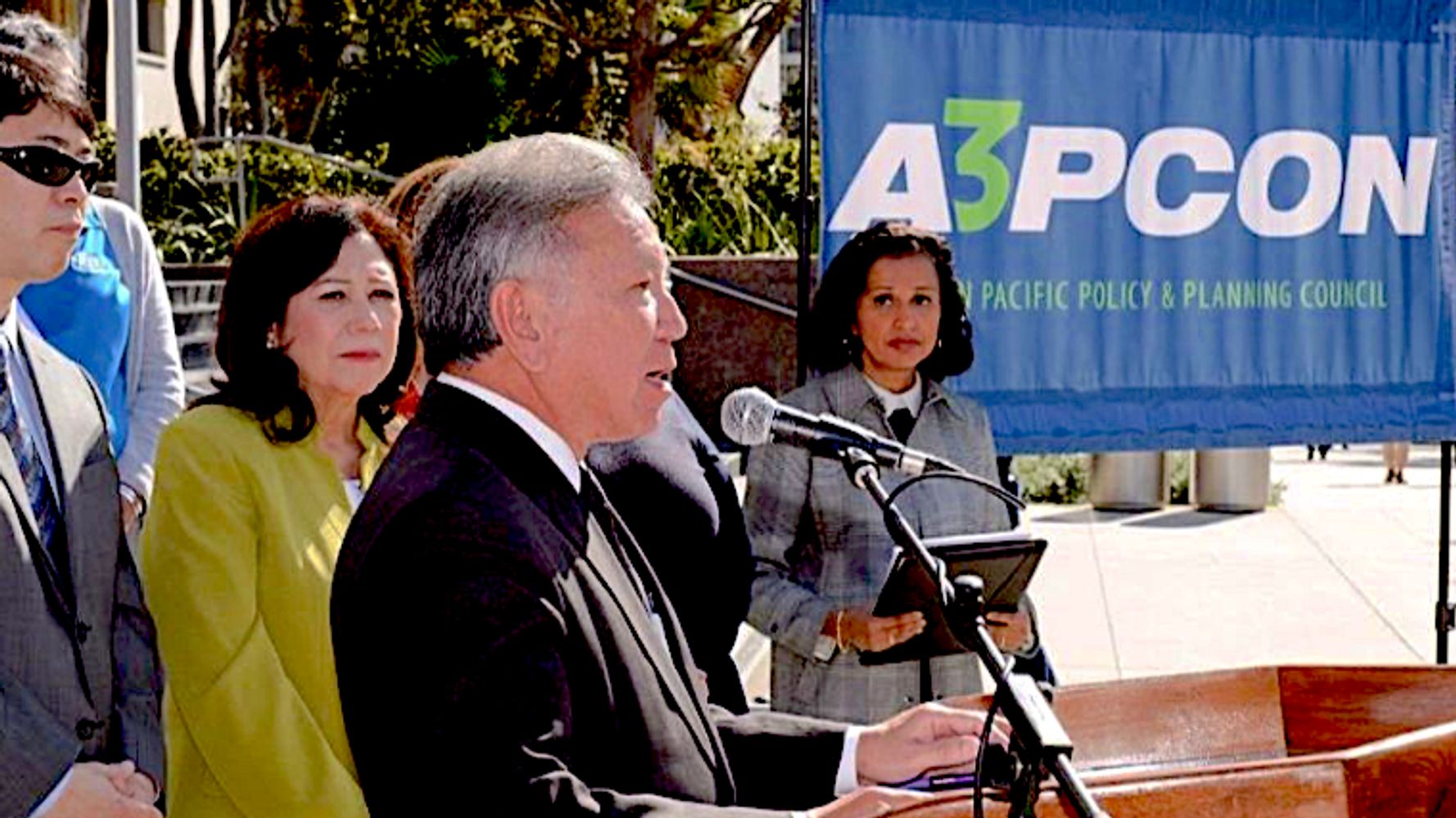 A 16-year-old Asian student in Los Angeles County was sent to the emergency room this week after being assaulted over unfounded fears of the coronavirus outbreak, according to local authorities.

L.A. County officials held a news conference on Thursday to condemn the rise in anti-Asian sentiment, fearmongering and apparent violence that stems from misinformation about the virus known as COVID-19, which was first detected in mainland China.

The victimized student, who was from the San Fernando Valley, was reportedly brought to the emergency room after an alleged assault and required an MRI to check for signs of concussion, KCBS-TV in Los Angeles reported. Los Angeles police are investigating the incident.

“A young person was bullied … , physically attacked and accused of having the coronavirus simply because he was Asian American,” Manjusha Kulkarni, executive director of the Asian Pacific Policy and Planning Council (A3PCON), said Thursday.

Kulkarni told HuffPost that the student’s family didn’t initially want to make the attack public “because they wanted to maintain their child’s privacy and were worried about his safety and well-being.” However, the family is currently working with school officials to respond to the alleged attack, she added. A3PCON has been communicating with the student and his family to support them during this time.

Officials didn’t further identify the victim nor the school. The student’s family was afraid to speak out, according to KABC-TV in Los Angeles.

Community leaders gather in #GrandPark to educate about how #coronavirus is transmitted and fight reported racist backlash @CBSLA pic.twitter.com/uUWVA15cZ2

Misinformation surrounding the new coronavirus has led to spikes of racist fearmongering against Asian people.

Chinese restaurant owners in New York City have reported seeing fewer customers in recent weeks due to the fear of the spread of coronavirus, despite there being no confirmed cases of the new virus in the state.

New York Mayor Bill de Blasio (D) urged residents to support Asian businesses to combat anti-Asian sentiment driven by fear of the coronavirus during a visit Thursday to Flushing in Queens, which has one of the largest Chinese communities in the U.S.

Kulkarni said that the backlash burdening Asians in the U.S. during the outbreak is linked to longstanding racism against Asian people that harks back to the Chinese Exclusion Act of 1882 and the Japanese American concentration camps during World War II.

“I think with groups of color or marginalized communities, there is a feeling that [those groups] did something to cause [the problem],” Kulkarni said. “The same was true with Ebola and H1N1. You can see that in some of the hate, which includes references to Chinese eating dogs or reptiles or other animals that Americans do not consume.”

There have been only 15 confirmed cases in the U.S. of the novel coronavirus in seven states, including eight cases in California.

“We also need to make sure we’ve educated ourselves on our own prejudices,” he said Thursday. “That means really checking ourselves, thinking before you act and make an assumption. Are you doing something based on a gross generalization or stereotype about another group?”

He also reminded people that being Asian doesn’t make someone more susceptible to the virus.

“Many may be quick to assume that just because someone is Asian or from China that somehow they are more likely to be carriers of the virus,” he said. “We need to speak out against this when we see it. We need to speak up, not be bystanders, be upstanders.”

Are Turkey and Syria Close to Starting a War?