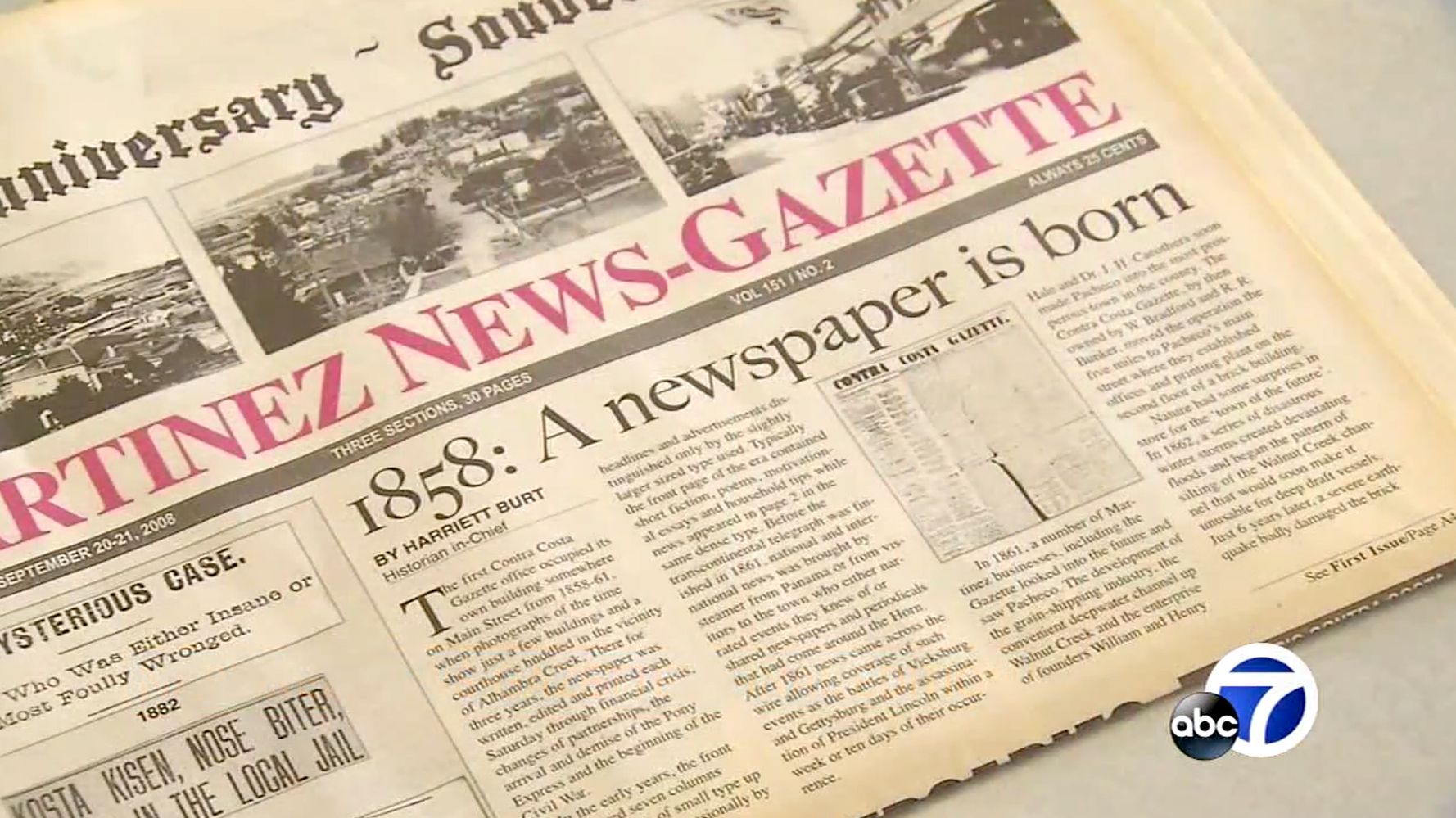 MARTINEZ, Calif. (AP) — One of the longest-running newspapers in California printed its final edition on Sunday, ending 161 years of publishing news about the city of Martinez east of San Francisco.

Rick Jones, the Martinez News-Gazette’s editor, said he wasn’t certain whether the news outlet covering the city of nearly 40,000 will continue publishing online.

The News-Gazette began publishing in September 1858 and combined in 1906 with another local paper in Contra Costa County, the former owner’s grandson, Bill Sharkey III told The San Francisco Chronicle. At its height in the middle of the 20th century, the paper had about 50 employees but the staff shrank over the years as advertising revenue dwindled.

Jones said Gibson Publishing, which owns the paper, has not provided details on the future to the staff.

The Mountain Messenger’s editor-publisher told The Los Angeles Times he is planning to retire by the middle of January, at which point publication will end. Don Russell said he spent the past year trying to sell the paper but he hasn’t received any offers.

The paper began in 1853 as a twice-per-month publication; its claim to fame is that Mark Twain once wrote there under his real name, Sam Clemens, while hiding out from the law. Known around the area as the “Mountain Mess,” the paper covered school board meetings, federal land use and other issues in rural Sierra and Plumas counties.

Lee Adams, a Sierra County supervisor, told the Times his family has subscribed to the paper since the 1970s.

“It has chronicled our history for 166 years, and to see it disappear now is just quite sad,” Adams said. “This is more than a newspaper, it really is an institution.”