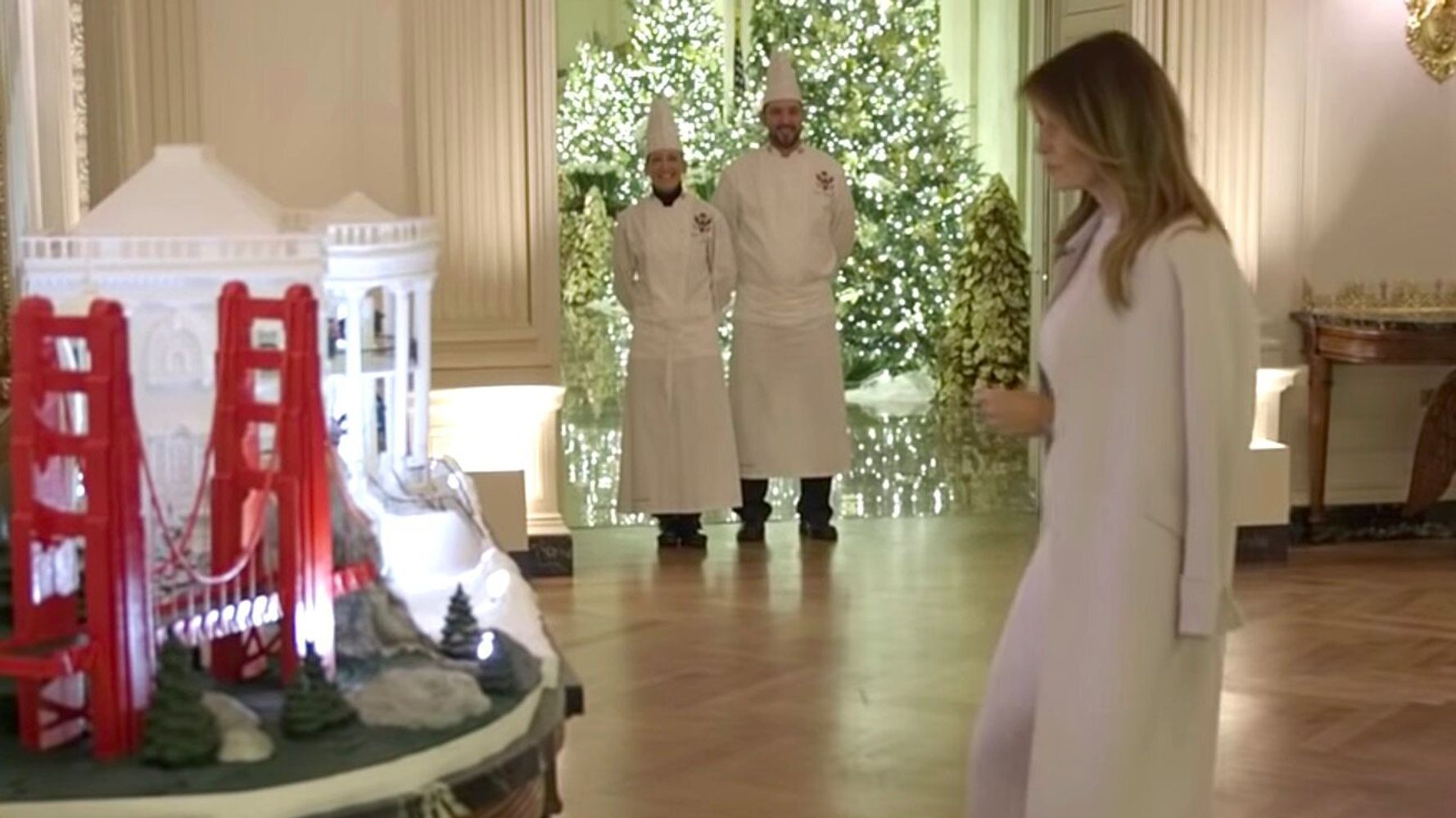 First lady Melania Trump unveiled this year’s White House Christmas decorations, and critics already have a lot to say about them.

Last year, her “blood red trees” caused a stir on social media. In 2017, her stark hallway of leafless sticks prompted comparisons to “The Blair Witch Project.”

This year’s theme is the “Spirit of America,” with patriotic decor mixed in with the holiday ornaments as well as references to the first lady’s “Be Best” campaign.

“The Spirit of America” is shining in the @WhiteHouse!” she tweeted.

But many critics on Twitter saw something else “shining.”

Specifically, references to the 1980 horror movie “The Shining,” based on the Stephen King novel, along with some other cracks and complaints:

Maybe there’s a scrabble Jesus in there somewhere.

The “Spirit of America” is drinking heavily & hanging on by a thread because of the @WhiteHouse. #BeBoo birther!

Christmas has nothing to do with American patriotism. This right here is when we cross into Christian nationalism. If there is a #WarOnChristmas, it is being waged at The White House. Not with this holiday display, but with Donald Trump’s nationalistic policies.