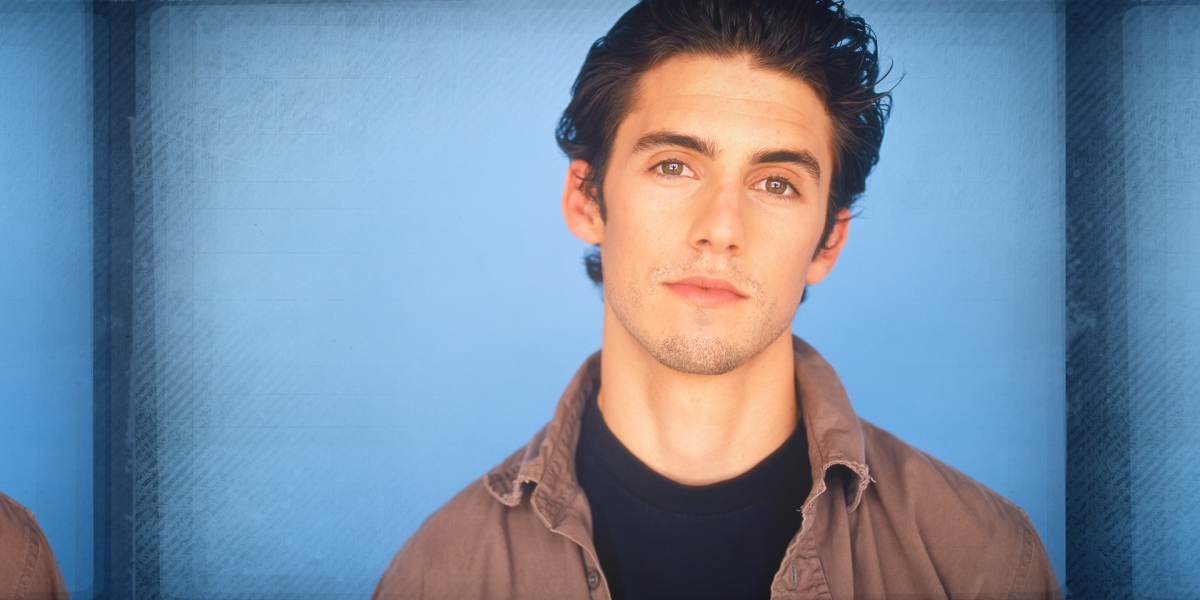 Welcome to No Shame November! This week we’re diving into the pop culture we love (or hate) that society tells us we shouldn’t.

Hear me out. The finest work of Milo Ventimiglia — everyone’s favorite short-shorts-wearing, Instagram rule-breaking, Crock-Pot advocate — is most definitely not This Is Us, the show that earned him three Emmy nominations. Nor is it Gilmore Girls, which launched Ventimiglia and all his brooding glory into both stardom and the hearts of so many. His magnum opus is Winter Break, a virtually unknown 2003 romantic comedy that doesn’t even have a Wikipedia page.

Winter Break follows four recent college grads living in Aspen. They’re putting adulthood on hold in hopes of a care-free winter spent skiing, partying, and meeting girls. It’s one of those dime-a-dozen early 2000s movies you’d find buried in a pile of VHS tapes at a thrift store, the type of low-budget flick that’s nowadays split into 10 different YouTube videos for free internet consumption. I even signed up for IMDbPro to try and unearth some more information about this movie, but it proved mostly unsuccessful. Winter Break is truly an unknown relic of the past.

You might be asking how — by the grace of Milo’s mustache — did I find it? To this day, I have no idea. But I do remember watching it on my laptop late one Saturday night in high school. I’d often indulge in escapist rom-coms to savor my last bit of weekend freedom before the Sunday scaries ensued. Growing up, I always counted down the days to those coveted two weeks off in December. And to this day, snowboarding remains a therapeutic, tranquil hobby. So when my fantasist 16-year-old self stumbled upon a snow-centric rom-com called Winter Break, I dove right in. And somehow, enough of this random movie lodged itself in my brain that now — more than 10 years later — I thought, ‘Yeah, let’s revisit this.’

A baby-faced Ventimiglia plays Matt Raymand, whose post-grad Wall Street job and new girlfriend (played by an early-career Anna Faris) both fall through at the last minute, leaving him directionless and swimming in student loan debt. So Matt and his buddies head west for the Rockies, avoiding adulthood responsibilities to hit the ski slopes and work low-paying jobs at the resort. To anyone who’s ever imagined dropping everything for a simpler life — which rings especially true after a year when so many folks did exactly that — Winter Break offers an opportunity to live vicariously through Matt and his pals as they shack up in a gorgeous mountain town, disconnected from the grind of city living and rat race of corporate America. Their lifestyle is simple and a whole lot of fun.

Winter Break is corny, predictable, and I loved (almost) every minute of it. But you have to throw logic out the window and approach it with those low-budget rom-com lenses, because moments of this movie are so textbook you can’t help but laugh. At the resort’s job fair, Matt experiences a meet-cute so clichéd that it’s like this movie invented it. He clumsily drops a stack of flyers and — in the commotion of scrambling to retrieve the papers — meets Michelle, a blonde-haired, blue-eye ski instructor (played by Maggie Lawson). She is who we think will end up fitting Matt’s previously outlined criteria for his ideal woman: The “Red Truck Girl” who drives a four-wheel-drive SUV with a ski rack, who’s “outdoorsy, athletic, caring and compassionate.”

But wait! She’s not your typical girl. She ends up hopping into a silver Honda, not a red truck! She’s a cool girl, an expert skier who drinks beer and knows how to fix cars. Put more bluntly, she’s every female character in a male-driven comedy. And to top it all off, we learn that despite the budding chemistry between Matt and Michelle, she has a boyfriend in New York City (who managed to keep his Wall Street job). And he looks exactly like you’d expect any villainous douchebag boyfriend from an early 2000s comedy to look. When Michelle reveals all of this after Matt’s failed attempt at a first kiss, the plot thickens.

‘Winter Break’ is corny, predictable, and I loved (almost) every minute of it.

There are also a number of strangely uneven components to Winter Break. The film’s tagline is “Better Than Warm Apple Pie,” a phrase with absolutely zero relevance to any part of the movie. (Michelle likes pecan pie, in case you were wondering) A handful of lines are lazily dubbed over to comical effect — not Tommy Wiseau-level — but enough to notice. Narrating the entire movie, Ventimiglia does his best with the material, offering a window into Matt’s thoughts. But most of it comes off as clunky and unnecessary as the plotline doesn’t require much exposition to grasp.

However, this adds to the beautiful campiness of Winter Break. And funny enough, some of those rough-around-the-edges moments help break the predictable rom-com mold. The dialogue is natural and breezy with authentic performances from the entire cast. Ventimiglia, in particular, shows plenty of flashes of that leading man talent to which we’re now so accustomed. And many of the scenes exist not to move the plot along, but to create a more fluid pace and a story that feels lived-in, like you’re right there, hanging out with these characters during a night at the bar or a day on the slopes. It’s almost like you, too, decided to quit your job and join the crew in Aspen (something about which I regularly daydream). It’s all part of Winter Break’s infectious charm.

Still, in re-visiting a 20-year-old male-centric comedy, I knew best to prepare for a misogynistic and cringe-worthy 90 minutes that wouldn’t age well at all. Winter Break has many of the ingredients of a raunchy early-2000s comedy, from its tasteless alternate title — “Snow Job” (yes, really) — to its promo poster, which prominently features a scantily-clad woman who isn’t even in the movie. Really, it seems like somewhere along the way, someone placed this script in a Random Male Comedy Generator and decided to market it as an ultra-indulgent comedy for dudes. But, thankfully and surprisingly, the content of the film itself never devolves into that territory. That poster and unfortunate alternate title serve as a fakeout. Even with an R-rating, this movie has modest language, no nudity, and humor that’s actually pretty substantial.

The only time I felt painfully aware of Winter Break’s age was in its third act, when Carter (Eddie Mills) — the group’s token womanizer — is asked out for coffee by Sergei (Kevin Kirkpatrick), a coworker who is gay. In this unnecessary subplot, Matt and his friends cackle at the prospect of going on a date with a gay man. Sergei ends up being the butt of a joke that’s not funny at all. Later on, Carter and Sergei arrive at a party, holding hands and pretending to be lovers, which is also played off as a joke, then never addressed.

Despite its flaws, the movie’s core message is about as timeless as it gets: Follow your heart.

Despite its flaws, the movie’s core message is about as timeless as it gets: Follow your heart. It’s a wholesome philosophy that’s sprinkled throughout Winter Break, with Matt’s decision to turn down two different promising employment opportunities so he can stay in Aspen, and in his pursuit of Michelle, despite the fact that she’s in a long-distance relationship with a total tool who — despite his arrogance — has a whole lot more to offer by way of financial stability.

That “follow your heart” message, as corny as it sounds, really is a timely reminder after a pandemic where priorities shifted, and the value of both human connection and personal happiness became as precious as ever. Whether or not the ski bum lifestyle suits you, find your Aspen, whether it’s in a quaint suburb, a sleepy beach town, or a remote countryside. Follow your heart, wherever your Aspen may be.

With my own ski season right around the corner, I found myself getting wrapped up in Winter Break all over again. There’s a simple, special intimacy that comes with sharing a winter cabin with your best friends, and Winter Break nails it: Beers at the local dive bar. Group dinners in a toasty cabin with the fireplace crackling in the background. Mid-mountain snowball fights. Late nights sipping hot chocolate. All of these moments impeccably capture the allure of ski season, and the magic of the winter I look forward to all year.

You can bet Winter Break will be an annual No Shame November ritual for me, as the temperature drops, the sweaters come out, and I gear up for my own season of mountain adventures.

Winter Break can be rented from Apple TV+. 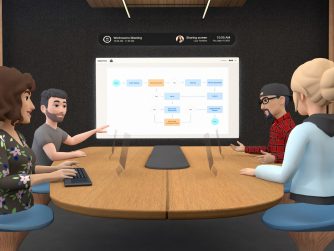 Recommended Reading: Tech CEOs are yearning to be visionaries again

The tech moguls are looking for a new playground Charlie Warzel, The Atlantic Mark Zuckerberg is building a metaverse... 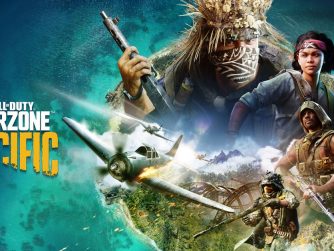 Call of Duty made $3 billion in 2020, so of course Activision Blizzard is laying off QA

One of the studios responsible for Call of Duty’s success is laying off QA testers that are reportedly earning $17 an... 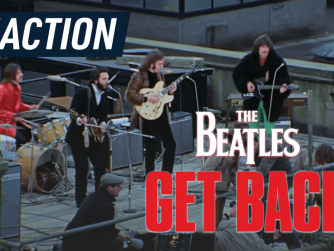 Everything to know about 'The Beatles: Get Back' if you don't have 8 hours to spare