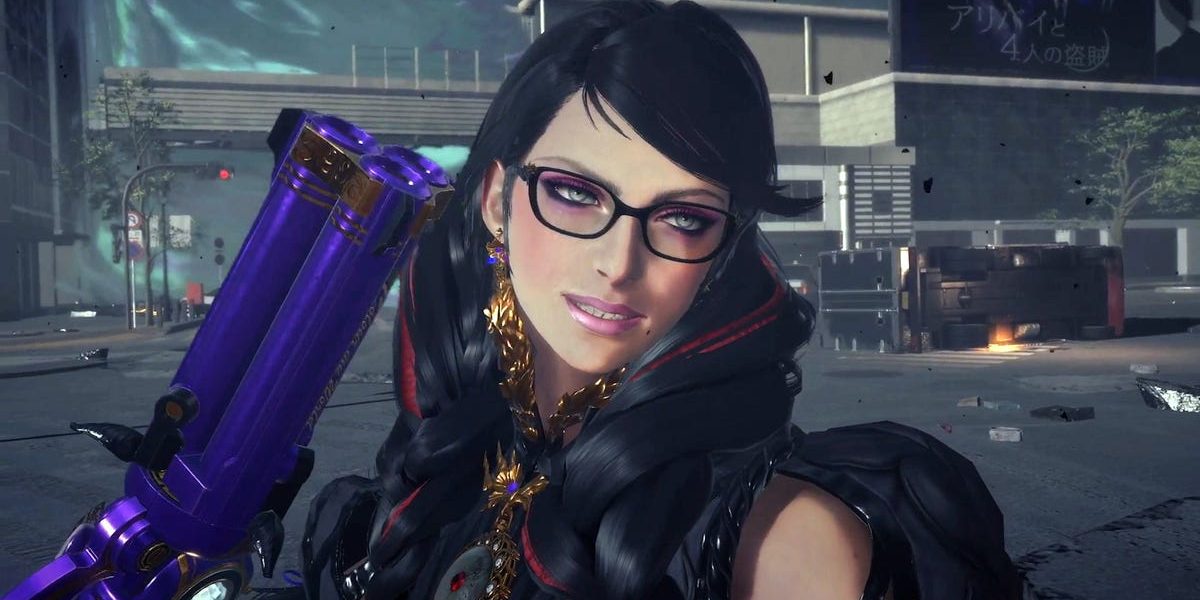 Let’s go boys! During today’s Nintendo’s Direct event, we finally got a more in-depth look at Bayonetta 3. And as you can see above, the titular witch has a fresh new look and a 2022 release date.

Bayonetta 3 , the latest entry in Platinum Games’ stylish and sexy hack ‘n’ slash series, was announced during the 2017 Game Awards with a criminally short teaser trailer. Since then, Bayonetta’s developers have tried to temper fans’ expectations of news on their favorite fabulous, gun-heeled fashionista while simultaneously assuring them that the game’s development is going well.

Today’s new footage showed a squad of soldiers advance toward a lizard-like monster in a Tokyo-like city. Their attempts to attack it only seemed to anger the beast, but luckily, a certain witch showed up and succeeded in offering some stiffer opposition. She ends up summoning her own kaiju, which squares off with the monster amid the rainy, urban backdrop.

This is the first time we’ve seen the game in a while. At E3 2019, Platinum Games studio director Atsushi Inaba said in an interview with VGC that development on Bayonetta 3, “is actually going quite well,” despite the fact the game hadn’t made an appearance during the conference.

“There are many people who are worried about Bayonetta 3 because there has been no new information since its original announcement, but the verification of new systems has been successful and the development is progressing smoothly, so please don’t worry,” Kamiya said in a 2020 interview with Famitsu.

Fans were possibly concerned with the game’s progress after news of Bayonetta 2’s director Yusuke Hashimoto leaving Platinum Studios and the studio’s work on other projects like the recently teased Babylon’s Fall.

Bayonetta is a hack ‘n’ slash game starring the eponymous witch whose signature power is her “suffer not the fool” attitude and hair that can transform into a number of large, monstrous, creatures. Bayonetta games are known for their snappy dialogue, butter-smooth dodge mechanics, and over-the-top sex appeal that some fans find either empowering or exploitative.

It’s been seven years since Bayonetta 2 released to abysmal sales on the Wii U. The first two games in the series have since been bundled and re-released on the Nintendo Switch. Bayonetta has also made appearances in her own anime movie and was released as a once-gregiously overpowered fighter in Super Smash Bros. Ultimate. That’s all well and good, but she’s definitely overdue for a third flagship adventure.