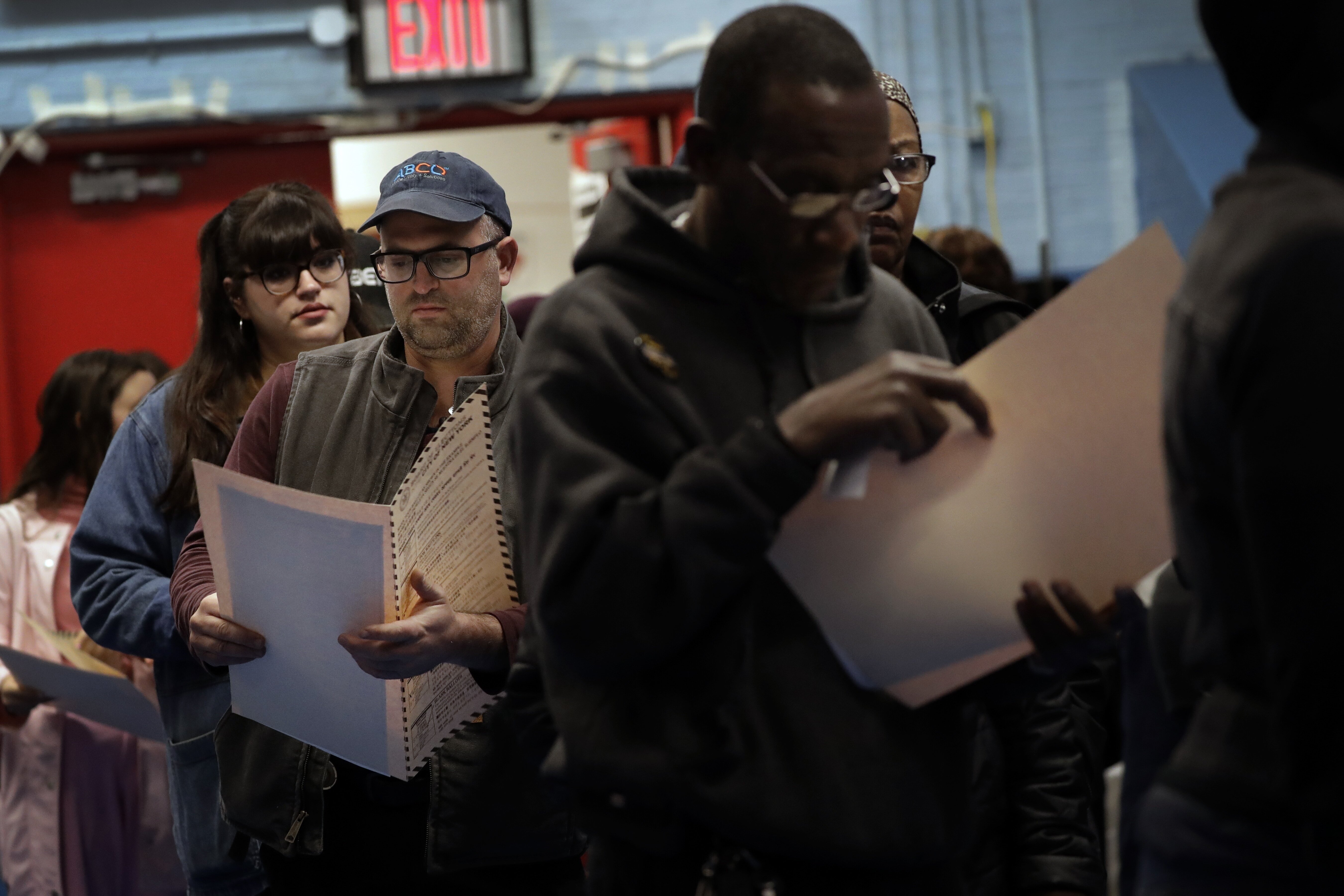 NEW YORK (AP) — New York City voters used to picking one candidate per race may soon be marking their ballots for up to five.

A ballot measure in Tuesday’s election would make the city the most populous place yet in the U.S. to adopt ranked-choice voting, an elections system in which voters mark down not only their first choice in a race, but also who they’d prefer to win if their top candidate doesn’t make the cut.

The system, also known as instant-runoff voting, is already used in places including San Francisco , Minneapolis and Cambridge, Massachusetts, as well as in Maine. But, if approved, it would be on its biggest stage by far in New York City, where 2.1 million voters cast ballots in last year’s midterm elections.

Backers like the system because it forces candidates to broaden their appeal beyond a narrow base in hopes of being chosen second or third by other voters. It can also reduce the chance that a fringe candidate, deeply disliked by a majority of voters, could triumph in a crowded field.

“Voters hear from more candidates and candidates pay attention to a much broader selection of communities and opinions,” said Susan Lerner, the executive director of Common Cause New York, a good government group that supports the measure.

Critics of the system call it unconstitutional or confusing.

“For me, the headline is that it comes with some additional complexity and that imposes negative costs on voters,” said Jason McDaniel, a political scientist at San Francisco State University who said he would “not be surprised to see a somewhat lower turnout if New York adopts ranked-choice voting.”

The plan up for approval Tuesday would institute the system only in primary elections and special elections for the positions of mayor, city comptroller, public advocate, borough president and City Council. It would start in 2021.

A candidate who wins more than 50% of first-place votes would be declared the winner outright. If no one gets 50%, the candidate with the fewest first-place votes is eliminated. The votes of the people who favored that eliminated candidate are then transferred to their second-choice candidates, and the vote is counted again. The process continues until one candidate has a majority of votes.

Ranked-choice voting wouldn’t be used in general elections, but in New York that can be a moot point. The city is heavily Democratic, and elections are frequently decided in the primaries.

A win in New York City would be a big victory for a movement that’s seen mixed success nationally.

About a dozen U.S. cities have used ranked-choice voting in certain elections, according to advocacy group FairVote. It’s spreading to at least five more cities including Las Cruces, New Mexico, and Eastpointe, Michigan, in this month’s elections.

Nearly half of state legislatures considered bills concerning ranked-choice voting this year. New Mexico lawmakers passed a law that officially paves the way for the system in local elections.

But such bills have largely stalled or failed at the state level. California’s Democratic Gov. Gavin Newsom vetoed a bill last month that would have allowed more cities, counties and school districts in California to use the system.

“Where it has been implemented, I am concerned that it has often led to voter confusion, and that the promise that ranked-choice voting leads to greater democracy is not necessarily fulfilled,” Newsom said in his veto message.

Still, supporters have been emboldened by its rollout in primaries and federal races in Maine, where the system first approved by voters in 2016 has survived a legal challenge and skepticism.

In New York City, the campaign for the ballot initiative has been funded by The Committee for Ranked Choice Voting NYC, Inc., which has raised nearly $2 million, according to state campaign finance reports . That includes over $1 million from nonprofit Action Now Initiative, $500,000 from James and Kathryn Murdoch and $100,000 from Jonathan Soros, a prominent liberal donor and son of billionaire George Soros.

Opposition to the measure emerged in the days leading up to the election from the City Council’s Black, Latino and Asian Caucus, a majority of whose members believe the ranked-choice system may favor white candidates over candidates of color. Some individual members of the caucus disagree and are supporting the measure.

Because it makes the vote count more complex, the system can present challenges for news organizations aiming to announce winners as soon as possible after polls close.

Supporters say the measure could save New York City the trouble and expense of mounting runoff elections, now required in some races if the leading candidate wins less than 40% of the vote.

Also on the ballot in New York on Tuesday are races for an upstate state senator’s job, several county executive and district attorney positions around the state, mayor’s jobs in Yonkers and Mount Vernon and the New York City office of public advocate.