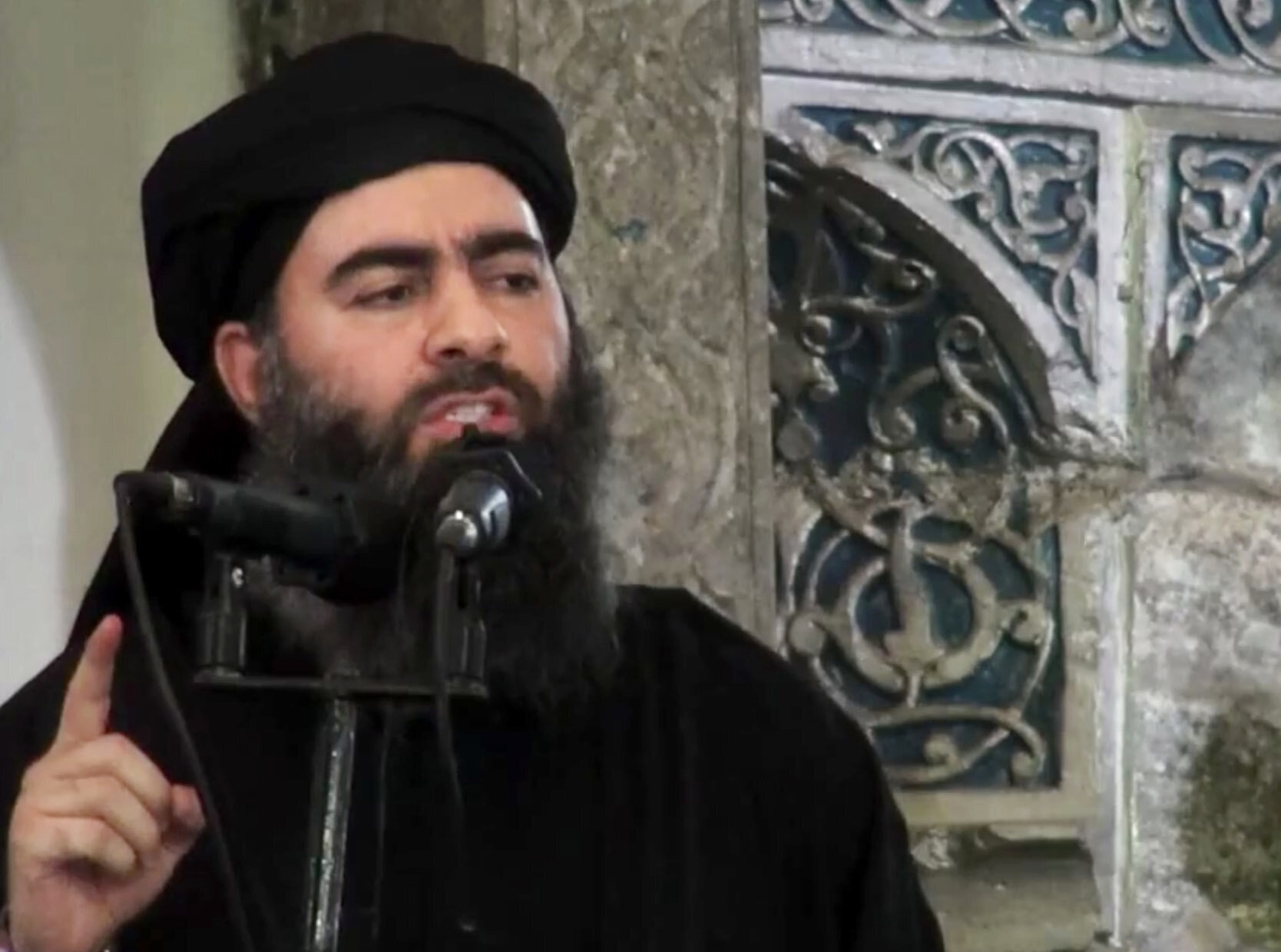 The U.S. Defense Department released video and images on Wednesday of the nighttime raid conducted by U.S. forces in northern Syria that left Abu Bakr al-Baghdadi, leader of the self-described Islamic State, dead.

Baghdadi, 48, was killed after detonating a suicide vest at the end of a dead-end tunnel in his compound as U.S. forces closed in on him, President Donald Trump said Sunday during a press conference announcing the extremist leader’s death.

“This operation was exquisitely planned and executed. It demonstrates the United States’ global reach and our unwavering commitment to destroy ISIS,” Gen. Frank McKenzie, the commander of U.S. Central Command, said in a statement Wednesday. “The individuals who planned and conducted this mission are quiet professionals, focused on their mission above glory or recognition. Committed people did hard, risky work, and they did it well.”

The blast killed Baghdadi as well as two of his young children, U.S. officials said Tuesday, revising an earlier account that said three children had died with him. A DNA test was conducted onsite to confirm Baghdadi’s identity, according to McKenzie.

McKenzie said Baghdadi was buried at sea within 24 hours of his death, “in accordance with the Law of Armed Conflict.”

“As it became clear that we had gained fleeting and actionable intelligence on his hideout, we developed an execution level plan designed to capture or kill him and started preparing a special operations team for the mission.”

“…at the compound, fighters from two locations in the vicinity of the compound began firing on U.S. aircraft participating in the assault.”
– Gen Frank McKenzie CDR USCENTCOM pic.twitter.com/SkrtHNDs7w

Gen. Mark Milley, chairman of the Joint Chiefs of Staff, said Monday that the Pentagon was working to declassify video and images of the raid. U.S. forces infiltrated the compound by helicopter, determined Baghdadi was trying to escape through a tunnel and pursued him, Milley said. American warplanes then bombed the compound after U.S. troops left.

Two adult males at the compound were taken into custody and are being held at a secure facility, Milley added.

Trump said Sunday that he had watched the raid unfold from the White House Situation Room on Saturday, describing the event as “something really amazing to see.”

“We watched it so clearly,” he said. “I don’t want to say how I watched it, but it was perfect, as though you were watching a movie.”

He also said during the press conference Sunday that Baghdadi died “crying and whimpering,” though he would not say whether he saw and heard this from the Situation Room feed.

The New York Times reported Sunday that the surveillance feed Trump was watching did not show the tunnel pursuit of Baghdadi and would not have been able to detect whether he was crying or whimpering.

Milley and Defense Secretary Mark Esper have refused to confirm or deny whether Trump’s claim that Baghdadi was “whimpering” is true. Both have said it’s possible Trump learned this information from other military officials who were directly involved in the mission.