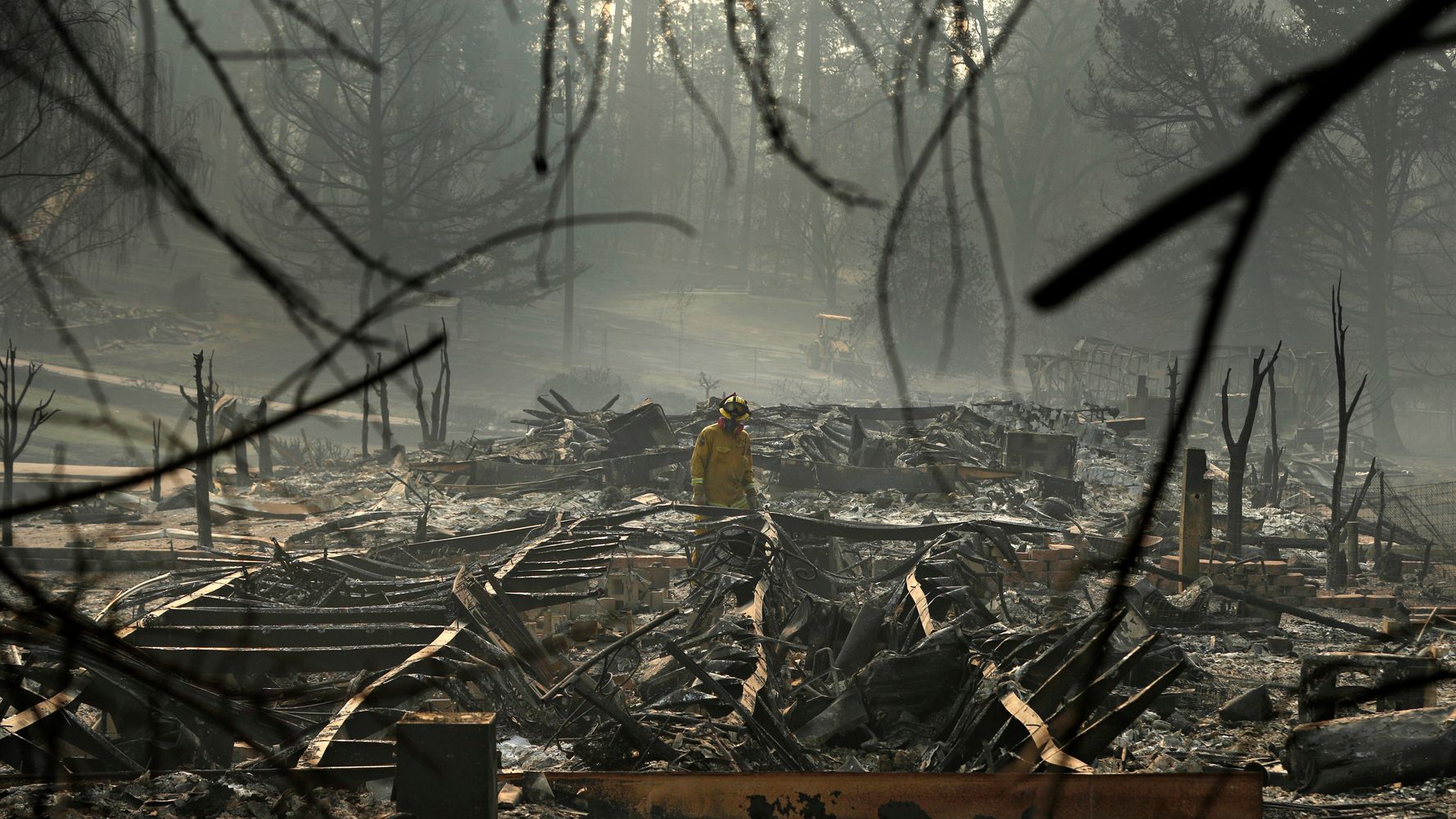 PG&E Corp. failed “for years” to properly inspect and maintain the transmission line that started the 2018 Camp Fire, California’s deadliest-ever blaze, according to a damning new report by the state Public Utilities Commission.

Troublingly, investigators concluded the failure wasn’t an isolated problem at the embattled company ― but “rather indicative of an overall pattern of inadequate inspection and maintenance of PG&E’s transmission facilities” as a whole, The Wall Street Journal reported on Monday, citing the commission’s report.

We have some PG&E news folks, and it’s not pretty. https://t.co/YsFCJFtGqj

The Camp Fire started on Nov. 8, 2018, in Butte County, sparked by a malfunction at a nearly 100-year-old tower on PG&E’s Caribou-Palermo transmission line. The blaze razed neighborhoods ― and the entire town of Paradise. Eighty-five people lost their lives.

State investigators said PG&E had not conducted a thorough climbing inspection of the faulty transmission tower since at least 2001. Had a detailed inspection taken place, crews may have discovered the worn hook that broke on Nov. 8. This breakage is believed to have triggered an explosion that sparked the Camp Fire, NBC Bay Area noted.

The hook’s “timely replacement could have prevented ignition” of the deadly blaze, the commission’s report said.

As the Journal noted, the report’s findings could lead to regulators slapping fines and and other penalties on PG&E.

The commission cited the company for at least 12 violations of its safety regulations in the report, though it offered no recommendations. The full five-member commission will likely vote on whether PG&E should be penalized, according to the Journal.

A @californiapuc investigation concluded that PG&E failed to properly maintain the power line that started the #CampFire.

Steven Weissman, a former administrative law judge at the commission, told the San Francisco Chronicle this week that the safety violations described in the agency’s report suggest a troubling “pattern of neglect” at PG&E.

The report highlighted the company’s generally “inadequate” inspection and maintenance programs for its equipment, Weissman said.

“That in and of itself suggests a pervasive problem with potentially major consequences,” Weissman told the paper. “It is also something that can’t be fixed overnight.”

PG&E ― which sought bankruptcy protection earlier this year, citing liabilities linked to wildfires in California in both 2017 and 2018 ― said in a statement that it accepted the commission’s conclusion that its faulty transmission lines had sparked the Camp Fire.

The company has previously acknowledged its role in the disaster.

The California Department of Forestry and Fire Protection, or Cal Fire, concluded earlier this year that PG&E was responsible for the blaze. The company said the utilities commission’s findings had reaffirmed Cal Fire’s conclusion.

“Without question, the loss of life, homes and businesses is heartbreaking. The tragedy in Butte County on Nov. 8, 2018, will never be forgotten,” PG&E told the Journal. “We remain deeply sorry about the role our equipment had in this tragedy, and we apologize to all those impacted by the devastating Camp Fire.”