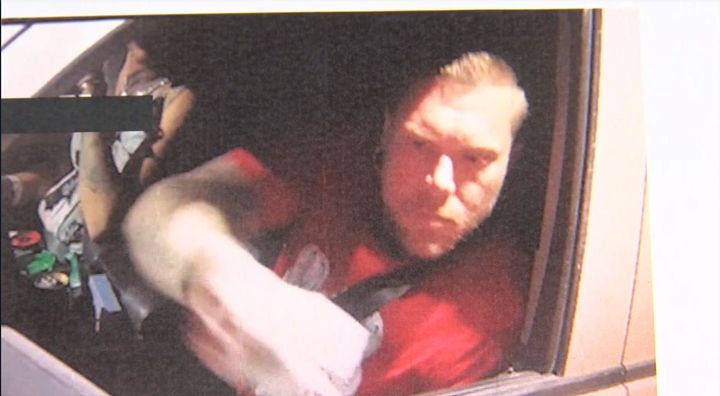 Authorities investigating the murder of a New Hampshire couple in Texas have released a photo of a man and a woman they say were photographed driving the slain couple’s truck across the U.S.-Mexico border.

The Butlers — who were from Rumney, New Hampshire — had been driving their truck with an attached RV across the country when they vanished on Oct. 16. Their bodies were later discovered buried on Padre Island beach near Corpus Christi on Oct. 27 and Oct. 28.

Kleberg County District Attorney John Hubert stressed that two people wanted for questioning are currently persons of interest, not suspects, in the case.

“At this point, we just don’t have enough evidence to show that they even are suspects in the murder. At this point, they are just people that we want to identify and talk to for background in the investigation,” he said at the press conference.

They are just people that we want to identify and talk to for background in the investigation.

The man is described as having gauged earlobes and both the man and woman have tattoos. Hubert said he believes they’re from the Corpus Christie area and were still pulling the Butlers’ RV.

Hubert declined to say which border entry the truck passed through. Video of the pair’s crossing was taken on Oct. 21.

The Butlers’ relatives said the couple stopped communicating with them on Oct. 16, a day after Michelle Butler posted on Facebook that they had arrived at their new home for the next few weeks, police Det. David Mendoza said on Monday.

On Oct. 27, a search of the beachside area where the Butlers were last known to be staying uncovered human remains that had been partially exhumed by wildlife, Mendoza said. Testing confirmed the remains belonged to the Butlers on Friday.

Because the investigation is ongoing, authorities have declined to release additional details, including a potential motive or causes of death, though the manner of death has been ruled homicide.

If you have information on this case, authorities ask that you call the crime tip hotline at 361-595-8500.

Bill Clinton among those honoring US Rep. Conyers at funeral