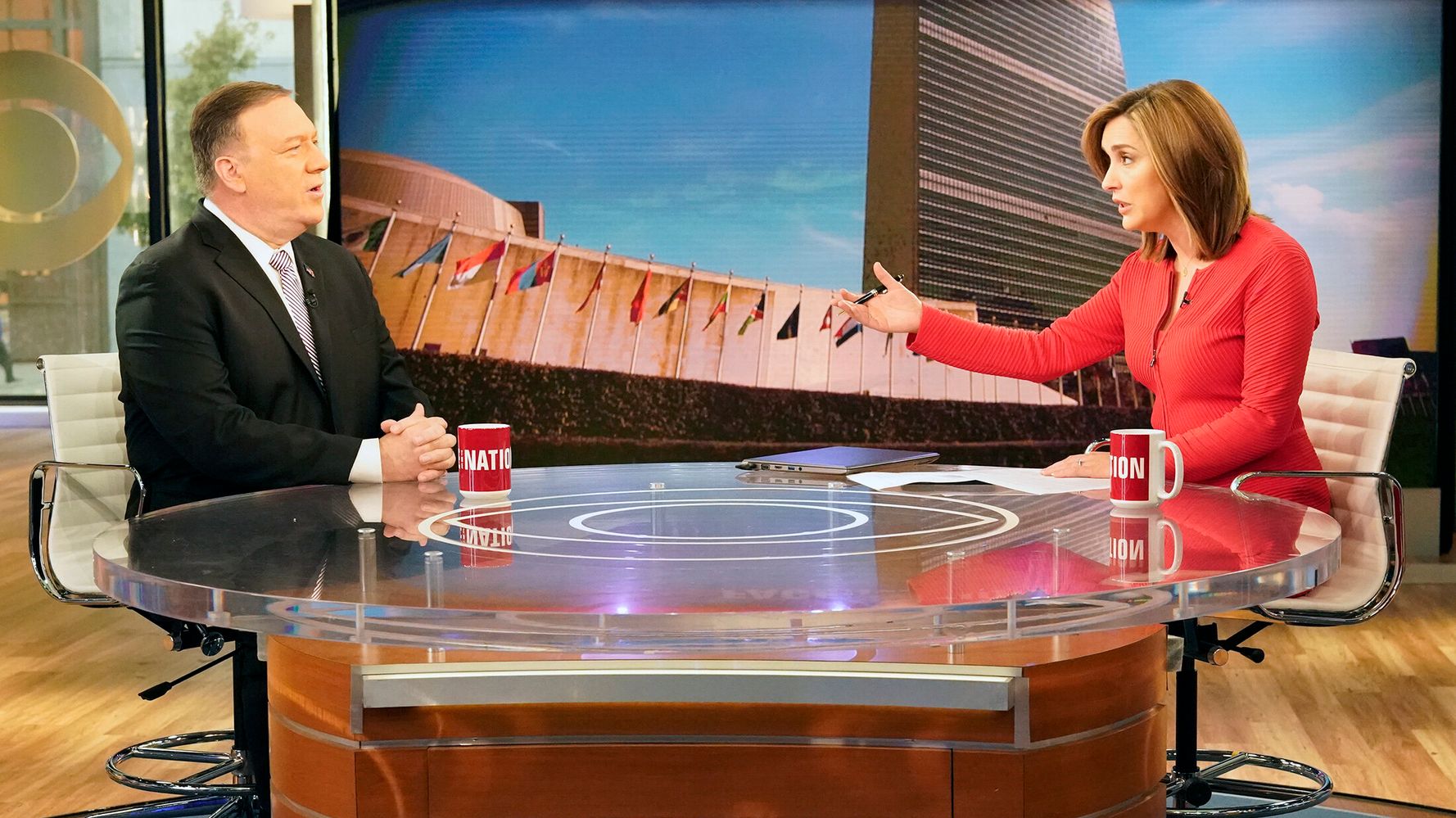 Secretary of State Mike Pompeo made the talk show rounds on Sunday, defending the killing of top Iranian general Qassem Soleimani and attempting to drum up support for further military action against the country.

ABC’s George Stephanopoulos asked Pompeo about Trump’s tweeted threat that his administration has identified 52 places (some of which are Iranian cultural sites) for the U.S. to attack if Iran retaliates for the assassination. Targeting important cultural sites is a war crime.

“We’ll behave lawfully,” Pompeo told Stephanopoulos. “We always have and we always will, George. You know that.”

NEW: @GStephanopoulos presses Sec. of State Mike Pomepo on Trump’s tweet warning cultural sites could be targeted if Iran retaliates: “Why is the president threatening Iran with war crimes?”

Pompeo’s insistence that the administration has always behaved lawfully comes after Trump was impeached on two counts, including abuse of power, in December. The State Department under Pompeo was implicated in the impeachment investigation.

On Sunday, Pompeo assured Margaret Brennan on “Face the Nationi” that the administration was unified in its decision to assassinate Soleimani.

“There was unanimity that we were making the right decision that day,” Pompeo said, adding, ”The world is safer as a result of the bold action that President Trump took.”

Was the full Cabinet in agreement on Soleimani’s death? “It was a collective decision…there was unanimity that we were making the right decision,” @SecPompeo says. pic.twitter.com/cXQPuYh1Yv

CNN’s Jake Tapper challenged Pompeo’s claim that the world was safer after the assassination of Soleimani.

“The German government has raised its threat level. The British navy is now accompanying U.K. ships in the Strait of Hormuz. The U.S. is bracing for possible Iranian cyber attacks,” Tapper said. “How can you say we’re safer today given the increased and heightened threat level?”

Pompeo said the assassination and forthcoming U.S. military action in the region will dissuade “rogue behavior” in Iran.

“The Middle East was unstable. We are creating a place and an opportunity for that stability,” he said. “We’ve done so by making it very clear to the Islamic Republic of Iran that we’re not going to accept their rogue behavior in the way the previous administration did.”

Pompeo, who added that more U.S. forces are being sent to the region, was noncommittal when asked whether the administration would share the information that led them to assassinate Soleimani.