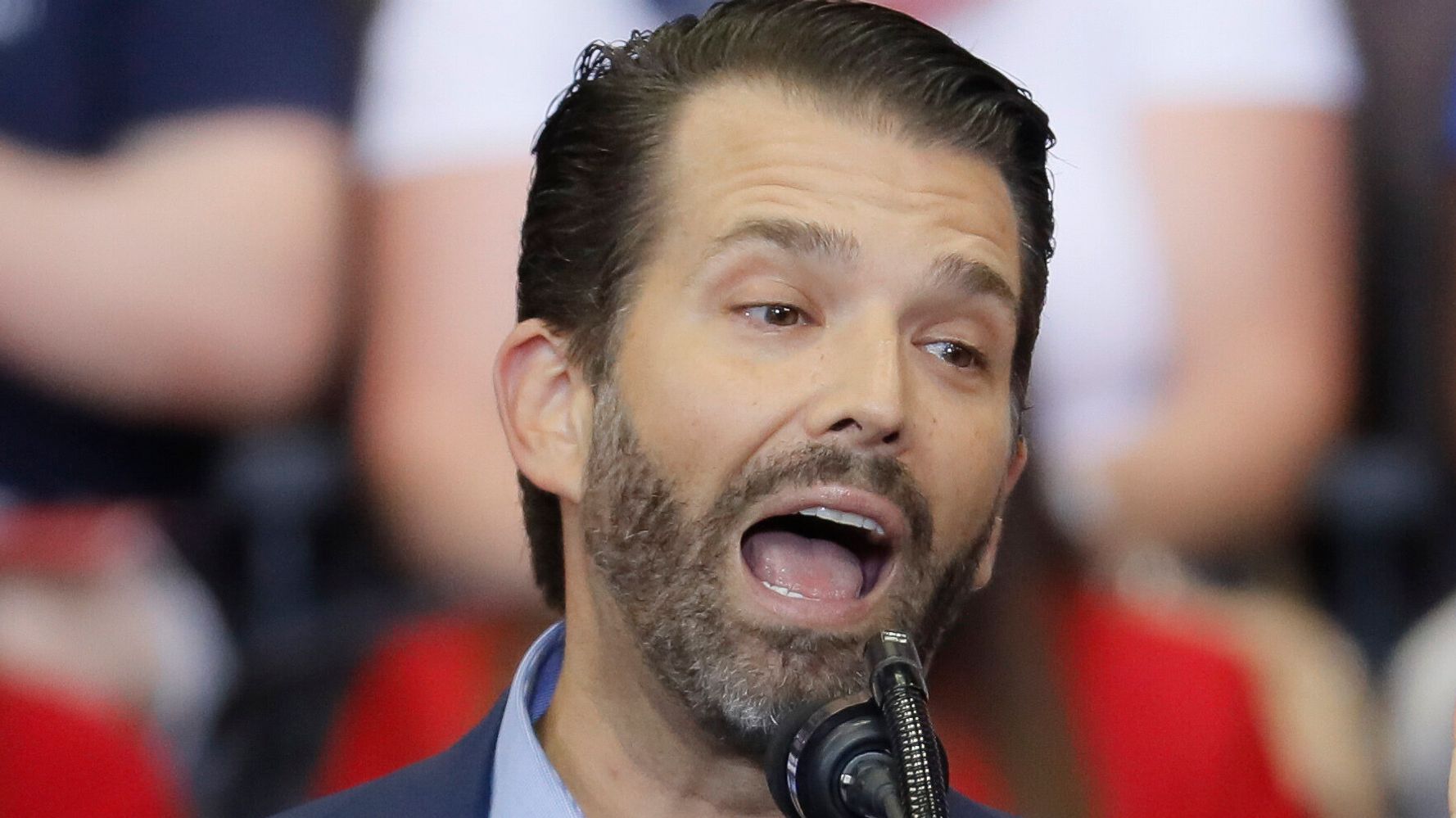 Pranksters have turned Donald Trump Jr. into the poster boy for U.S. Army recruitment to remind voters “who the Trumps are” amid heightened military tensions with Iran.

“I’m not enlisting but YOU should,” the fake promo quotes Trump Jr. as saying.

“There’s weak. And then there’s Trump weak,” is also printed in smaller letters.

“Hopefully we aren’t going to war, but if we did, we know one guy who won’t enlist,” the comedians captioned Instagram images of their latest stunt.

The duo told HuffPost on Friday that “in the wake of Trump’s latest reckless foreign policy actions that could very easily result in more and more troops being sent to the Middle East, we thought the public deserved a reminder of who the Trumps are.”

“They’re a family that have avoided military service on a generational level,” they added. “Don Jr. loves to fire at helpless animals and pose for pictures with them, but he’d never go to war although he’d expect others to do it.”

The pair have made the poster available for free download via their website. “A lot of people have been reaching out to ask for the file so they can print them ― so look for them all over the country,” they said.

The comedians have a long history of pranking people close to the Trump administration. In November, they switched up the covers of Trump Jr.’s book “Triggered” at a bookstore in Brooklyn:

We changed the cover of @DonaldJTrumpJr’s book to make it a little more honest and put them up in @BNBuzz. You’re welcome, Junior! #DonnyLovesDaddy

And only last month they slipped impeachment-themed postcards into the gift store at Trump Tower to do the president “a favor,” they told HuffPost at the time. “He always brags about his accomplishments and getting impeached is a pretty big accomplishment,” they said.