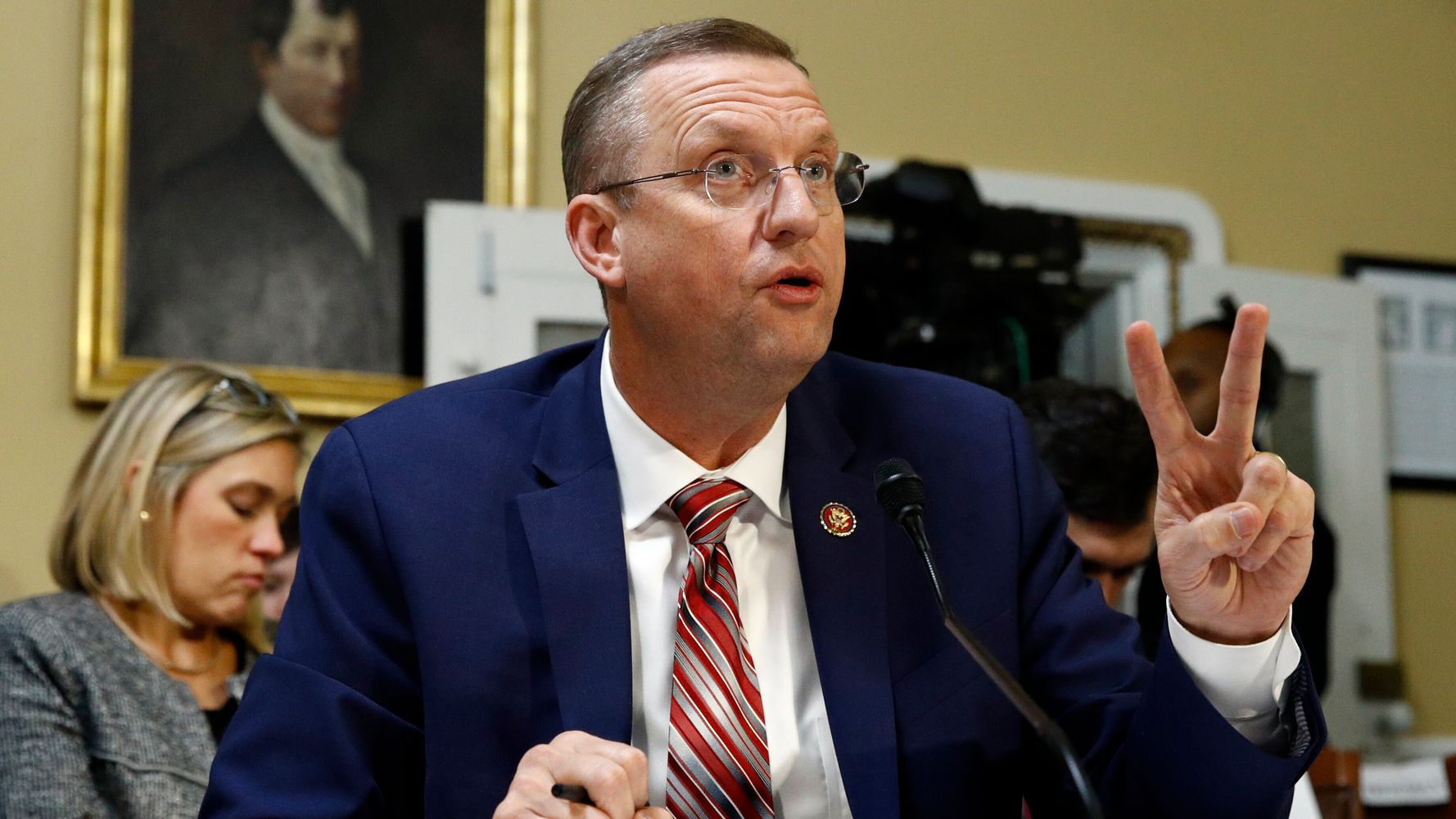 Rep. Doug Collins (R-Ga.) is throwing a little water on his fiery comments claiming that Democrats “are in love with terrorists.”

Days after the Donald Trump-supporting lawmaker set off social media fury with his claim on Lou Dobbs’ Fox Business show that terrorist-loving Democrats are mourning more for assassinated Iranian Gen. Qassem Soleimani than they do for U.S. service members killed in the line of duty, Collins posted a series of tweets apologizing and trying to dial back his rhetoric.

First, he declared that, no, he doesn’t really believe Democrats are in love with terrorists.

Let me be clear: I do not believe Democrats are in love with terrorists, and I apologize for what I said earlier this week. (1/5)

Then he explained his comments on Dobbs’ show Wednesday were in reference to the war powers resolution that was later passed by the House.

The comment I made on Wednesday evening was in response to a question about the War Powers Resolution being introduced in the House and House Democrats’ attempt to limit the president’s authority. (2/5)

Collins then tried to explain he was fired up because of his military service in Iraq back in 2008.

As someone who served in Iraq in 2008, I witnessed firsthand the brutal death of countless soldiers who were torn to shreds by this vicious terrorist. Soleimani was nothing less than an evil mastermind who viciously killed and wounded thousands of Americans. (3/5)

Collins said his service in the military didn’t excuse Wednesday’s comments, but he presented it in a way that kind of suggested it did.

These images will live with me for the rest of my life, but that does not excuse my response on Wednesday evening. (4/5)

I remain committed to working with my colleagues in Congress and with my fellow citizens to keep all Americans safe. (5/5)

Collins was quickly taken to task for his caustic comments on Wednesday. People on Twitter pointed out that Trump has famously attacked Gold Star families and slammed decorated American veterans, including the late Sen. John McCain.

Incidentally, about 45 minutes before Collins apologized for his fiery comments, he tried to raise money off the controversy with a fundraising letter where he vowed not to apologize.

I received a fundraising email at 10:48 AM today from Doug Collins with the subject line: “I will not apologize.” (He apologized on Twitter at 11:30 AM: https://t.co/eYcyzzIlIF.) pic.twitter.com/5bvCuC63Yq

The story has been updated with Collins’ fundraising appeal.