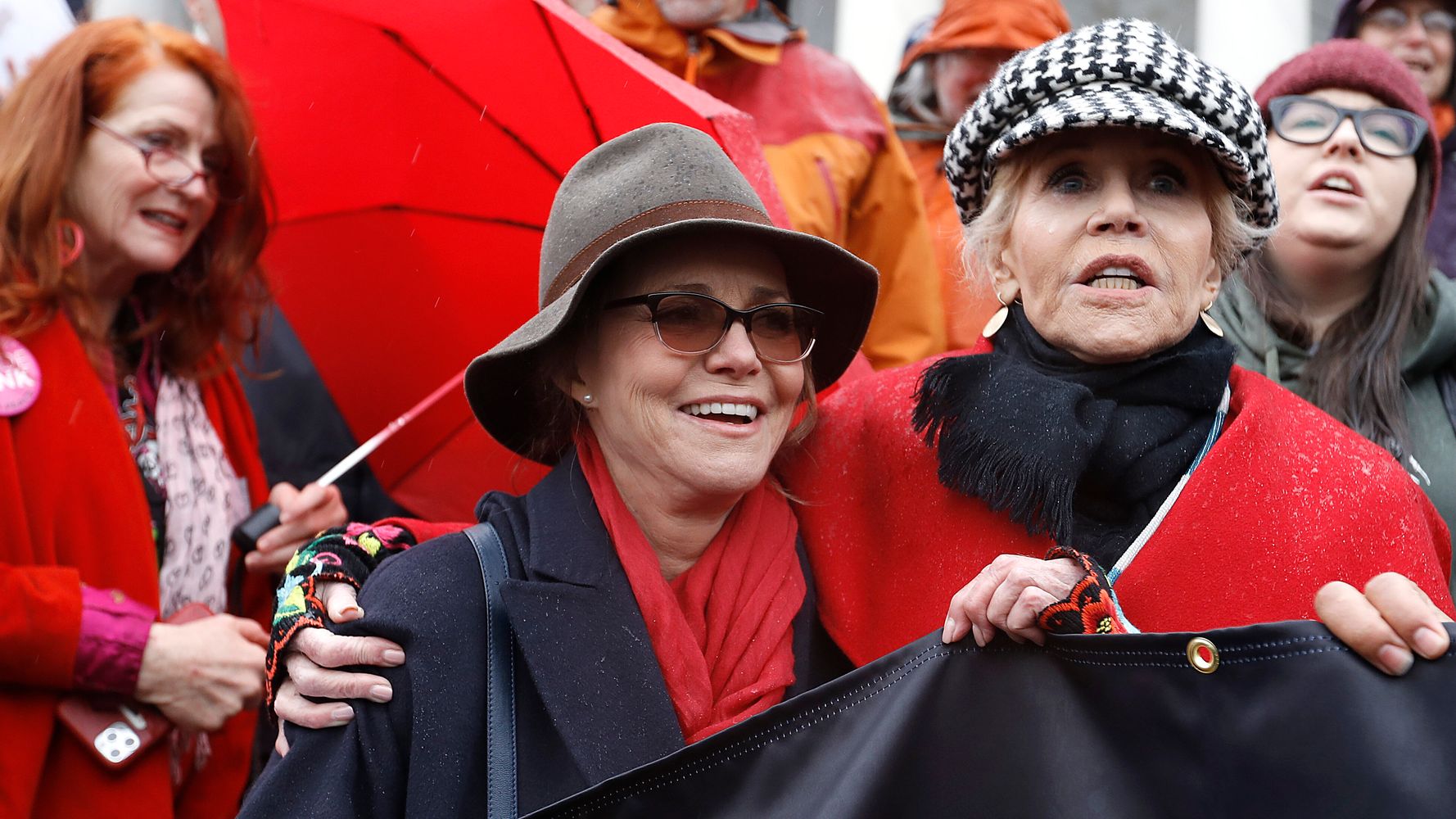 A smiling Field was led away by a Capitol Hill police officer as she raised her cuffed hands in triumph. Twenty-five other climate activists were also busted at the protest, now in its 10th week, CNN reported. They will likely be charged with a misdemeanor.

“I come with my heart and my voice,” Field said at the protest. “I am a mother. I am a grandmother. The time is now. We cannot sit back in our comfort zones, on our couches, and wonder, what can we do? We can get out, we can do something.”

Standing with enviromental activist Winona LaDuke, Field said it’s “time to get out and scream loud” about climate change. Filed had just been feted Sunday in Washington as a Kennedy Center honoree.

The inspiration for the weekly protests was teenage climate change activist Greta Thunberg, Fonda has said. This week the focus was the expected effect from climate change on workers.