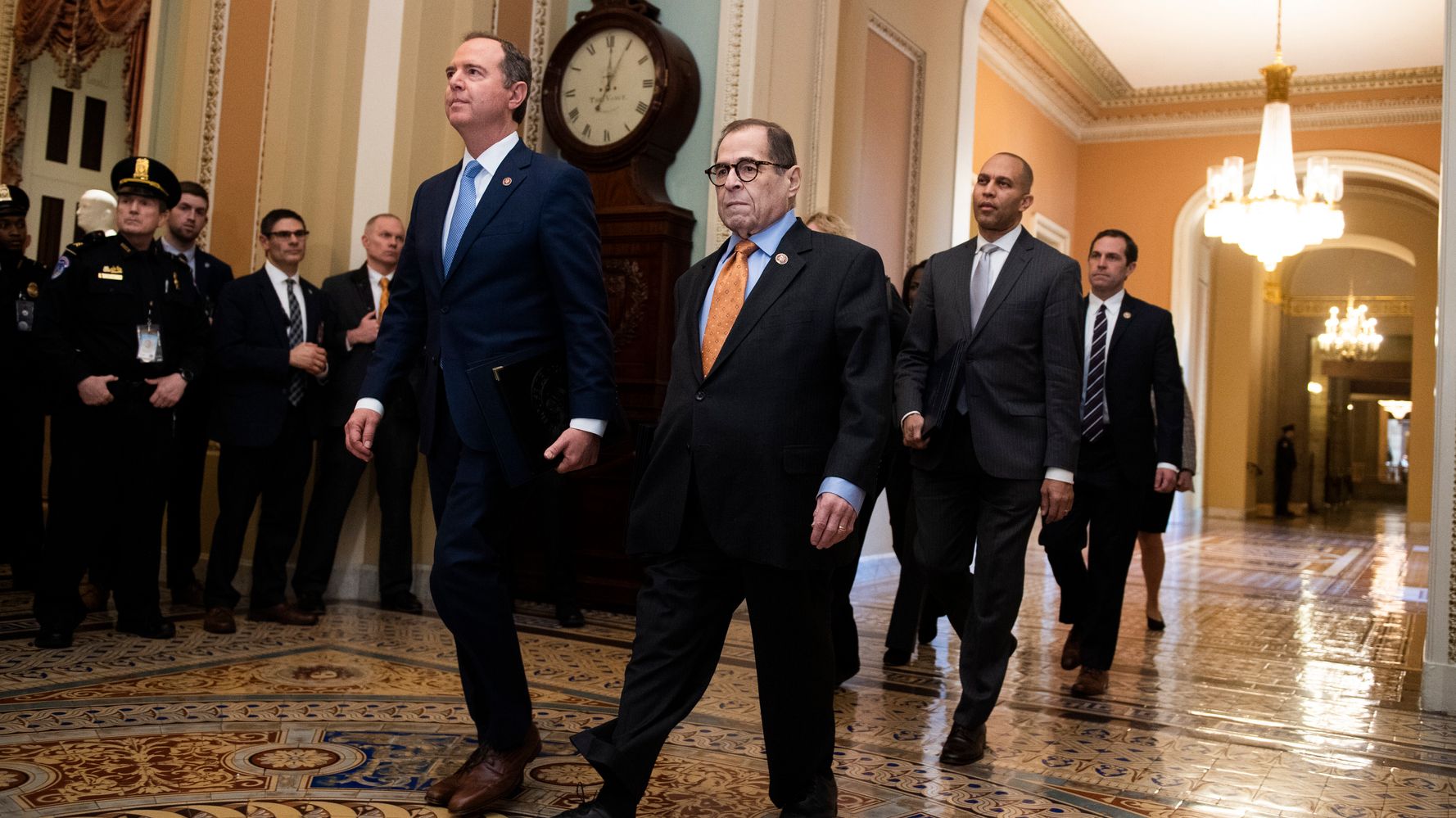 Two of the most prominent impeachment managers rejected arguments from Donald Trump’s defense team claiming the president shouldn’t have been impeached for abusing the power of his office.

In separate interviews on Sunday, Rep. Adam Schiff (D-Calif.), the Intelligence Committee chairman and lead impeachment manager, and Jerrold Nadler (D-N.Y.), the Judiciary Committee chairman, lambasted defenders of the president for arguing that the conduct at the heart of Trump’s impeachment isn’t impeachable. On Sunday, Schiff called their claims “absurdist.”

Over the past week, Trump’s defense team, which includes lawyer Alan Dershowitz, amplified its assertions that Trump’s demands for Ukraine to investigate his political rivals did not warrant impeachment.

In December, the House voted to impeach the president on two articles: abuse of power and obstructing the congressional investigation into the alleged abuse.

On Sunday, Dershowitz told the host of ABC’s “This Week,” George Stephonopoulos, that Trump should not have been impeached even if all the evidence and arguments laid out by the House are accepted as fact.

“The vote was to impeach on abuse of power ― which is not within the constitutional criteria for impeachment,” Dershowitz said. The claim rests on Dershowitz’s belief that abuse of power is not among the “high crimes and misdemeanors” for which a president can be impeached.

.@GStephanopoulos: “Is it your position that President Trump should not be impeached even if all the evidence and arguments laid out by the House are accepted as fact?”

Dershowitz has frequently appeared on news broadcasts as one of Trump’s staunchest legal allies, arguing against oversight by Congress and against former Special Counsel Robert Mueller’s investigation into Russian election interference.

“That’s the argument I suppose you have to make if the facts are so dead-set against you,” Schiff responded in a separate “This Week” interview. Schiff noted that along with several administration officials, Trump himself has already admitted to the conduct at the core of his impeachment. Schiff rejected the suggestion Trump’s conduct is unimpeachable.

“You had to go so far out of the mainstream to find someone to make that argument, you had to leave the realm of constitutional law scholars and go to criminal defense lawyers,” he said of Dershowitz.

Rep. Adam Schiff: “The only thing really new about the president’s defense is that they’re now arguing – I think because they can’t contest the facts — that the president cannot be impeached for abusing the power of his office.” https://t.co/weB5AekBmw pic.twitter.com/Rpe6e1vBr2

“The logic of that absurdist position that’s being now adopted by the president is he could give away the state of Alaska, he could withhold execution of sanctions on Russia for interfering in the last election, to induce or coerce Russia to interfere in the next one,” Schiff added.

During an interview on “Face the Nation,” Nadler said the argument from Trump’s defense team is “simply ignorance,” adding previous impeachments prove “there is no question” as to whether a president can be charged for abuse of power.

The formal impeachment trial is expected to begin in the Senate on Tuesday.