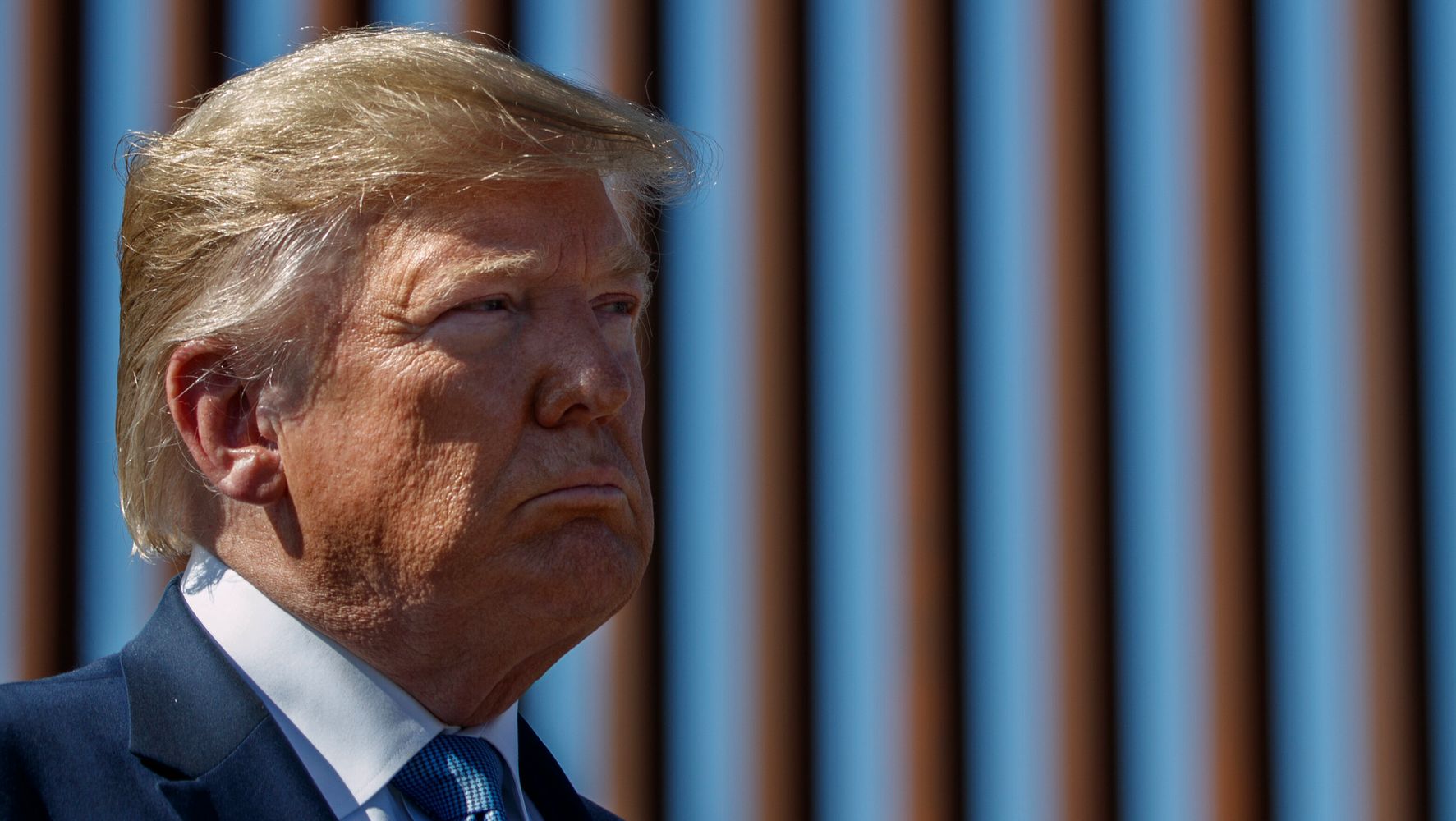 A segment of President Donald Trump’s signature border wall fell in California and onto some trees on the Mexican side on Wednesday amid high winds, according to footage from KYMA shared by CNN.

No one was injured in the incident at Calexico, California, about 100 miles east of San Diego.

PART OF WALL FALLS: The area is part of an ongoing construction project to improve existing sections of the wall. Read more: https://t.co/uu93kQPi52 pic.twitter.com/CuLExoPZdx

“Luckily, Mexican authorities responded quickly and were able to divert traffic from the nearby street,” Carlos Pitones of Customs and Border Patrol told the Los Angeles Times.

He said the panels were newly installed and the concrete anchoring it in place had not yet cured.

CNN noted that winds of up to 37 mph were recorded in the area.

A day earlier, Trump had boasted about the strength of his wall.

“And we are now building that beautiful wall,” he said at a campaign event in Wildwood, New Jersey, on Tuesday. “This powerful border wall is going up at record speed.”

Trump made a “big beautiful wall” that extends across the entire border a key part of his 2016 campaign. He also vowed that Mexico would pay for it.

So far, most of the wall built ― including the segment that fell Wednesday ― has replaced older barrier segments. Trump claimed this week that about 100 miles have been built so far.

Mexico did not pay for it.

Tom Steyer, seeking the Democratic presidential nomination to run against Trump, mocked him for the wall fall on Twitter:

“I own buildings. I’m a builder; I know how to build. Nobody can build like I can build. Nobody. And the builders in New York will tell you that. I build the best product.” –@realDonaldTrumphttps://t.co/Ygj6vKqrdQ

A piece of the border wall toppled over on Mexican side. I guess Mexicans wanted their property back. They paid for it, after all. https://t.co/odNEt0Yb3d

Don’t worry, the Senate will declare it a perfect wall. https://t.co/8J4J0L1KfS

This is the only thing with Trump’s name on it that couldn’t dodge a draft https://t.co/3A155kSZw8

Part of the border wall fell down on the Mexico side. They’re gonna make us pay for that.

This feels like a metaphor for this entire Presidency.

The wind blew Trump’s big beautiful wall over and it landed on the Mexican side of the border. https://t.co/q407JuRNxS

Newly installed panels from the US border wall fell over in high winds Wednesday, landing on trees on the Mexican side of the border.

A portion of the newly installed US border wall fell over on Wednesday during high winds, landing on trees on Mexico’s side.https://t.co/1oC0RLahp2

This episode of arrested development really has it all. https://t.co/M0W80YhLJd

“such a big, beautiful, powerful wall that nobody could get past…”

Unless they have a ladder.
Or there’s a slight breeze blowing.
🤣🤣🤣🤣🤣🤣🤣https://t.co/HEpIJXEgfu

I don’t know whether to laugh or cry. Oh, who am I kidding? I’m laughing my ass off! https://t.co/Njcv4y9IAM

Well we will at least be secure on non windy days. How did they all cross the border? Santa Ana’s.

Portion of US border wall in California falls over in high winds and lands on Mexican side – CNNPolitics https://t.co/AjaXmo1Aip