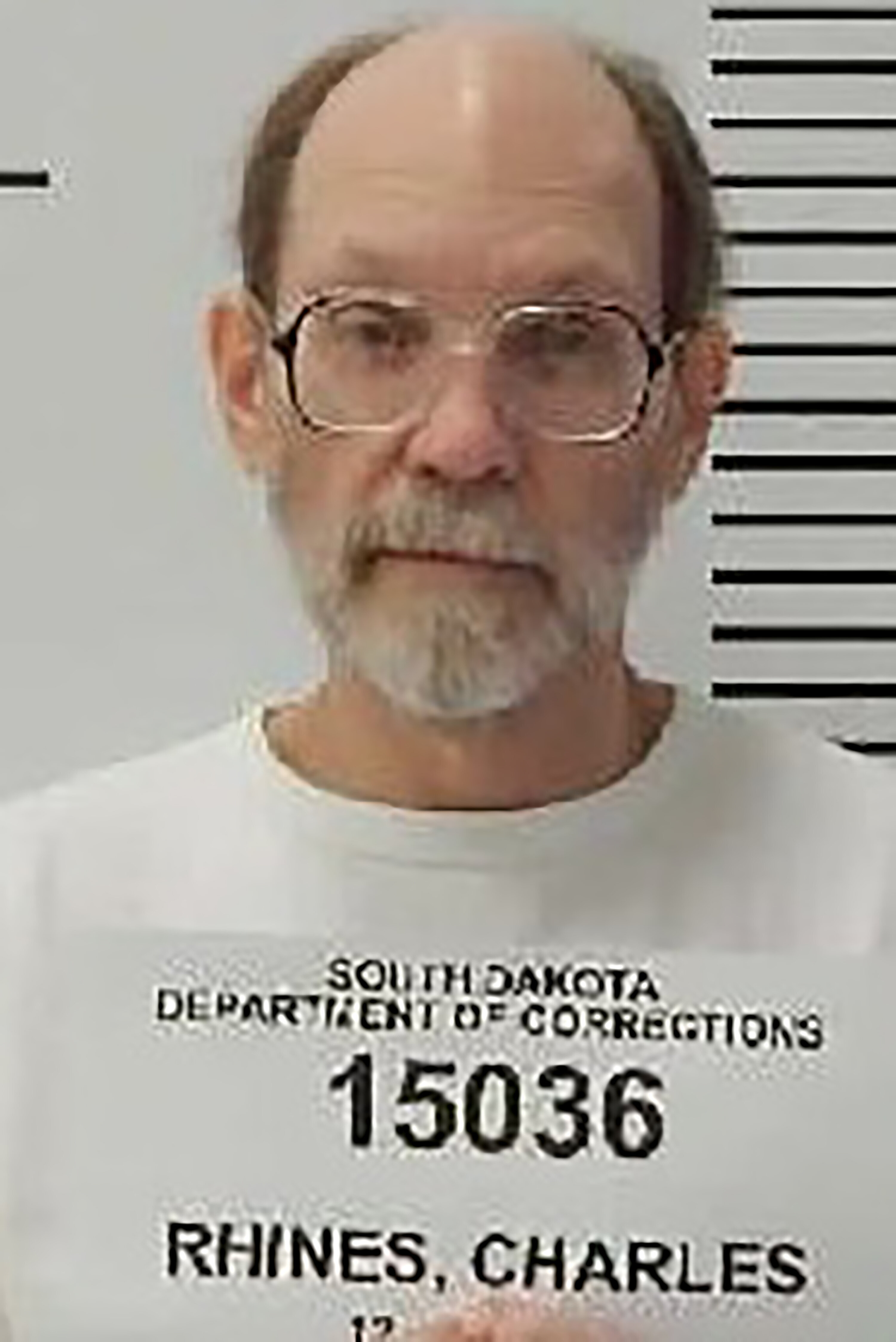 SIOUX FALLS, S.D. (AP) — A man who fatally stabbed a former co-worker who interrupted him during a 1992 burglary was executed Monday in South Dakota.

Charles Russell Rhines died by lethal injection at the state prison in Sioux Falls at 7:39 p.m. Rhines had brushed off a plea for mercy from 22-year-old Donnivan Schaeffer in the slaying at a Rapid City doughnut shop.

Rhines was supposed to be executed at 1:30 p.m., but the state delayed the execution until the U.S. Supreme Court denied three appeals from Rhines on Monday evening.

Rhines, who was 63 years old, last week unsuccessfully challenged the drug the state used in the execution at the state prison in Sioux Falls. Rhines argued the drug, pentobarbital, isn’t the “ultra-short-acting” drug he was entitled to, but a circuit judge ruled it acts as fast or faster than other drugs Rhines cited when used in lethal doses. The state Supreme Court rejected Rhines’ appeal of that ruling on Monday, and his attorneys promptly appealed to the U.S. Supreme Court.

Pentobarbital is used by a handful of states in executions, including Georgia, Missouri and Texas.

It was used last year when South Dakota executed Rodney Berget, who killed a prison guard during a 2011 escape attempt. Berget was pronounced dead 12 minutes after the lethal injection began, and a transcript released afterward said Berget asked after the injection was administered: “Is it supposed to feel like that?” That prompted a national group that studies capital punishment to call on the state to release more details about the drug used

Rhines had also asked the U.S. Supreme Court to block his execution on two other grounds. He argued that the jury that sentenced him to death had an anti-gay bias, a claim the court previously declined to hear. He also argued that the state has denied him access to experts to examine him for cognitive and psychiatric impairments; the state argued that he was examined by mental health experts and found competent.

Schaeffer was delivering supplies to Dig ’Em Donuts where he worked when Rhines ambushed him, stabbing him in the stomach. Bleeding from his wound, Schaeffer begged to be taken to a hospital, vowing to keep silent about the crime; instead, he was forced into a storeroom, tied up and stabbed to death.

Steve Allender, a Rapid City police detective at the time of the killing who is now the city’s mayor, said Rhines’ jury sentenced him to death partly because of Rhines’ “chilling laughter” as he described Schaeffer’s death spasms.

“I watched the jury as they listened to the confession of Charles Rhines on audiotape and their reaction to his confession was appropriate. Any human being would be repulsed by the things he said and the way he said them,” Allender told KELO.

Rhines attended Schaeffer’s funeral, then moved to Seattle a few days later. Authorities thought the move was odd because Rhines had vowed to never return to Washington state, where he had spent time in prison. Allender said authorities initially interviewed Rhines and felt something was off, but Rhines wasn’t arrested until four months later — after Rhines told his former roommate about the killing.

Rhines wrote to the Argus Leader in May 2013, saying that when he saw a grieving mother on the news in an unrelated case, he realized what he had done to Schaeffer’s mother.

“Just at the cusp of her beloved child becoming an independent person, a responsible adult with a family and friends surrounding him and his mother waiting expectantly for grandchildren to spoil, having all that snatched away for almost no reason at all and the hole it has had to have left in her heart,” he wrote. “Prosecutors talk of closure, but that wound will never close, no matter how long it is there.”

Schaeffer’s family declined to speak with The Associated Press in advance of Rhines’ execution. In June, when a judge scheduled the execution, Peggy Schaeffer told reporters, “This step was one big one for justice for Donnivan. It’s just time.”

In the afternoon, about 30 protesters gathered in snow flurries outside the state prison where Rhines was to be executed, praying and singing hymns. Denny Davis, director of South Dakotans for Alternatives to the Death Penalty, said they accept Rhines’ execution but hope to steer public opinion against capital punishment.

“It is about a culture shift and changing the values of people,” he said. “Why would we want to put this person to death when society is already safe?”