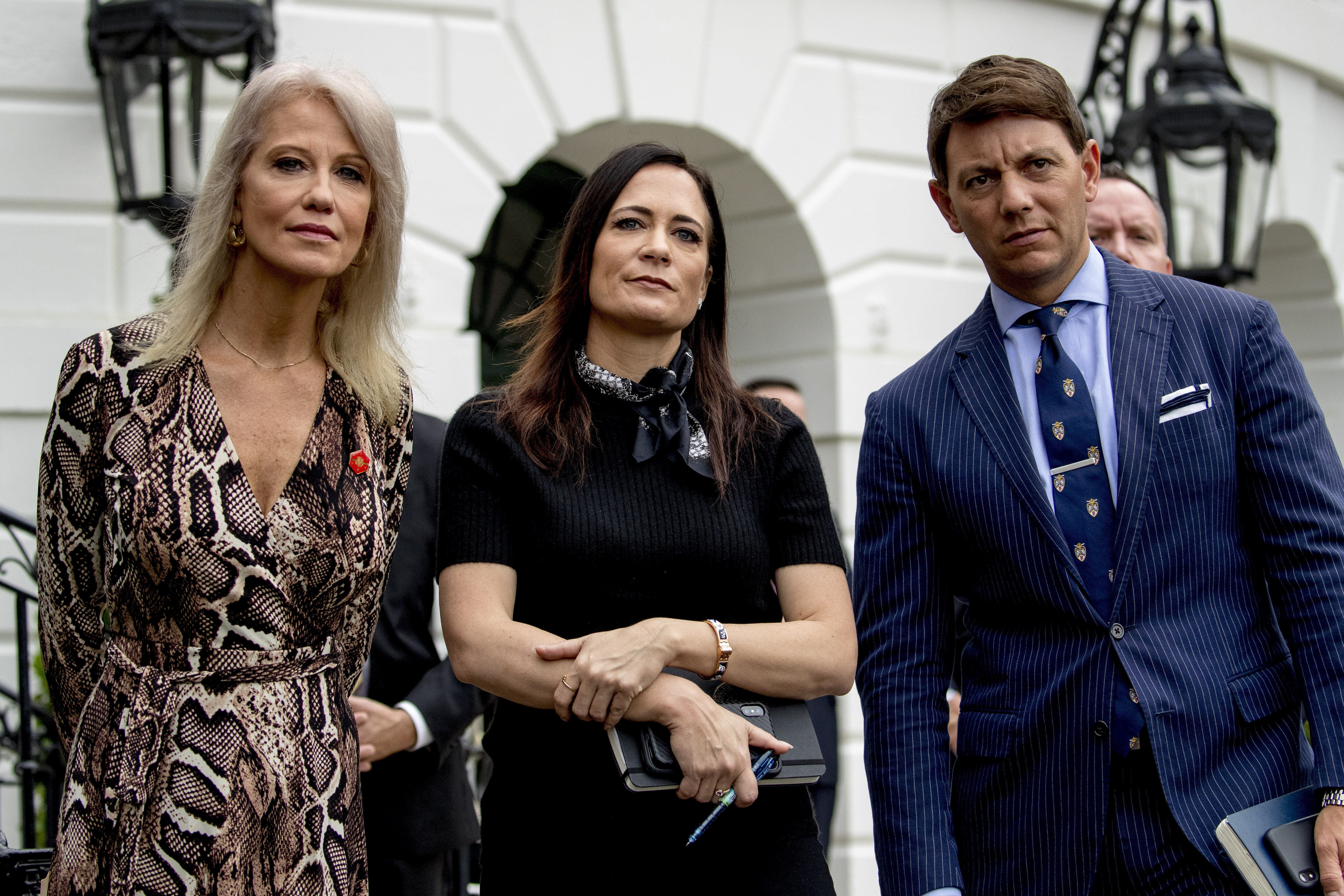 White House press secretary Stephanie Grisham acknowledged on Friday that President Donald Trump’s administration is gearing up for his potential impeachment amid a fast-moving inquiry led by House Democrats.

“We are still obviously hopeful that everybody will come to their senses and realize that the president did nothing wrong, but we are prepared for an impeachment to happen,” she told Fox News. “I wouldn’t say it’s a foregone conclusion. I would say that we’re expecting it.”

On Tuesday, Army Lt. Col. Alexander Vindman appeared before congressional investigators to whom he is expected to have given his account of Trump’s July 25 phone call with Ukrainian President Volodymyr Zelensky.

A rough transcript of the exchange shows that Trump repeatedly pressed Zelensky to assist both lawyer Rudy Giuliani and Attorney General William Barr with a corruption probe into former Vice President Joe Biden and his son based on unsubstantiated allegations.

Vindman, the top Ukraine expert on the National Security Council, reported the conversation out of concern that Trump’s request could “undermine U.S. national security,” according to his prepared statement obtained by HuffPost.

Trump and his GOP allies, including Grisham, have relentlessly attempted to paint the impeachment proceedings as a partisan witch hunt. In her Fox News interview, the press secretary derided it as “a sham and a kangaroo court.”

In a Washington Examiner interview on Thursday, Trump floated the idea of reading the transcript “perhaps as a fireside chat on live television … because people have to hear it.”

When Grisham was asked on Friday whether Trump was serious, she said, “absolutely,” but declined to provide any information on when it would potentially occur, if ever.

“I don’t have any timing there,” she said. “I’m not going to get ahead of the president on that one, but anything he says is always in consideration.”