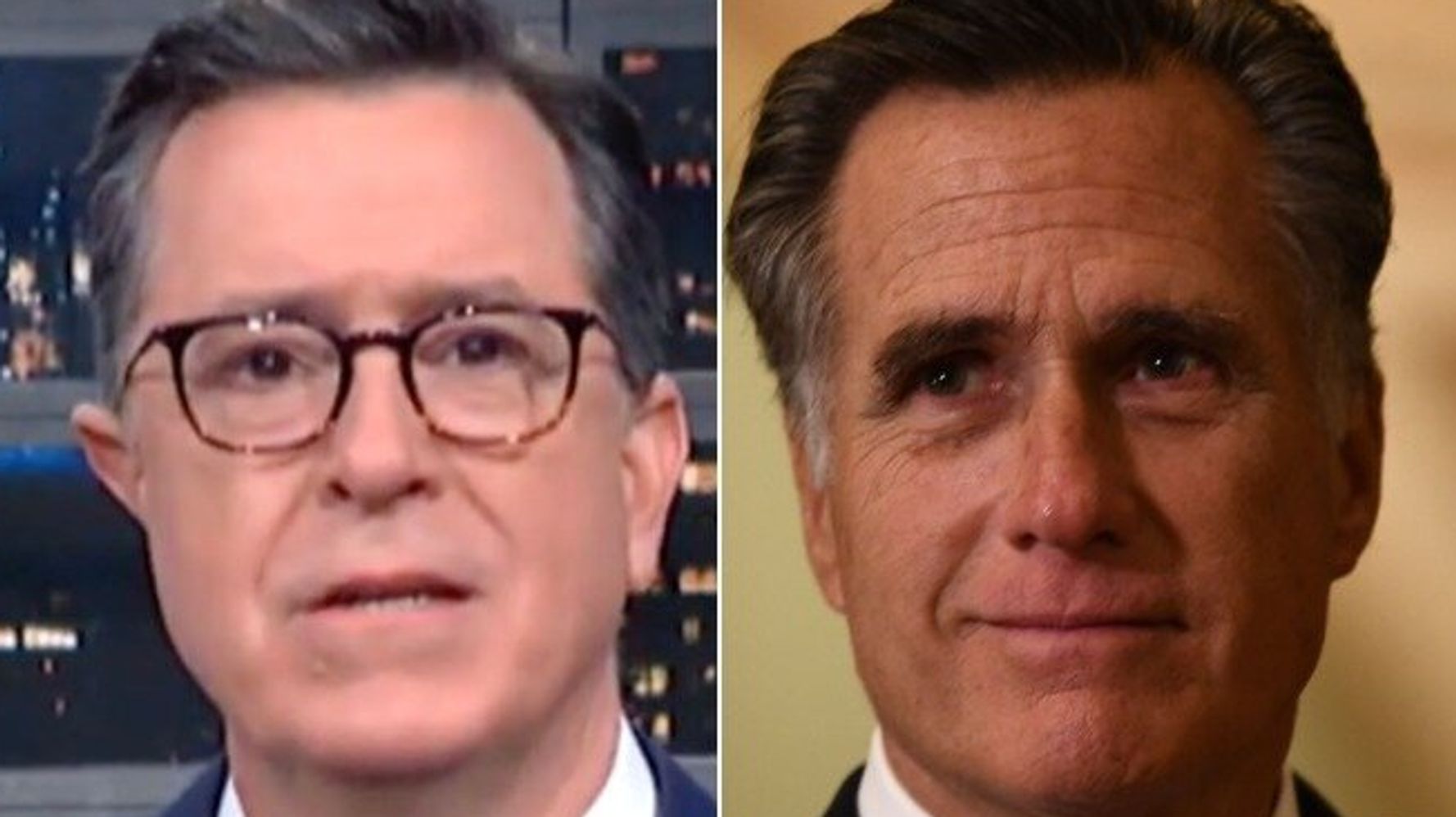 “Late Show” host Stephen Colbert got serious for a few moments on Wednesday night as he praised Sen. Mitt Romney (R-Utah) for voting to convict President Donald Trump in the impeachment trial.

But he also had a warning for the Republicans who voted to acquit Trump ― about the meaning of an oath and its effect on the soul.

“Hearing Mitt Romney take his oath to God seriously was like finding water in the desert,” Colbert said. “Because we know Republicans are lying when they say that Trump didn’t do anything wrong or that maybe he did but he shouldn’t be removed.”

Colbert noted that while most insiders say GOP lawmakers are privately horrified by Trump’s actions, they won’t say or do anything about it publicly. Yet Romney finally did, repeatedly citing the oath he took when he explained his vote to convict.

“I am a profoundly religious person,” Romney said. “I take an oath before God as enormously consequential.”

Colbert, himself deeply religious, agreed and explained the importance of such an oath.

“When you take an oath, you can’t think one thing and say another,” he said. “You are asking God to witness, on the pain of your immortal soul, that what you whisper in your heart is what comes out of your mouth.”

Republicans, he suggested, have forgotten the meaning of an oath.

“Most of these guys are talking out of their ass,” Colbert said.

Then, he explained the true cost of violating an oath: