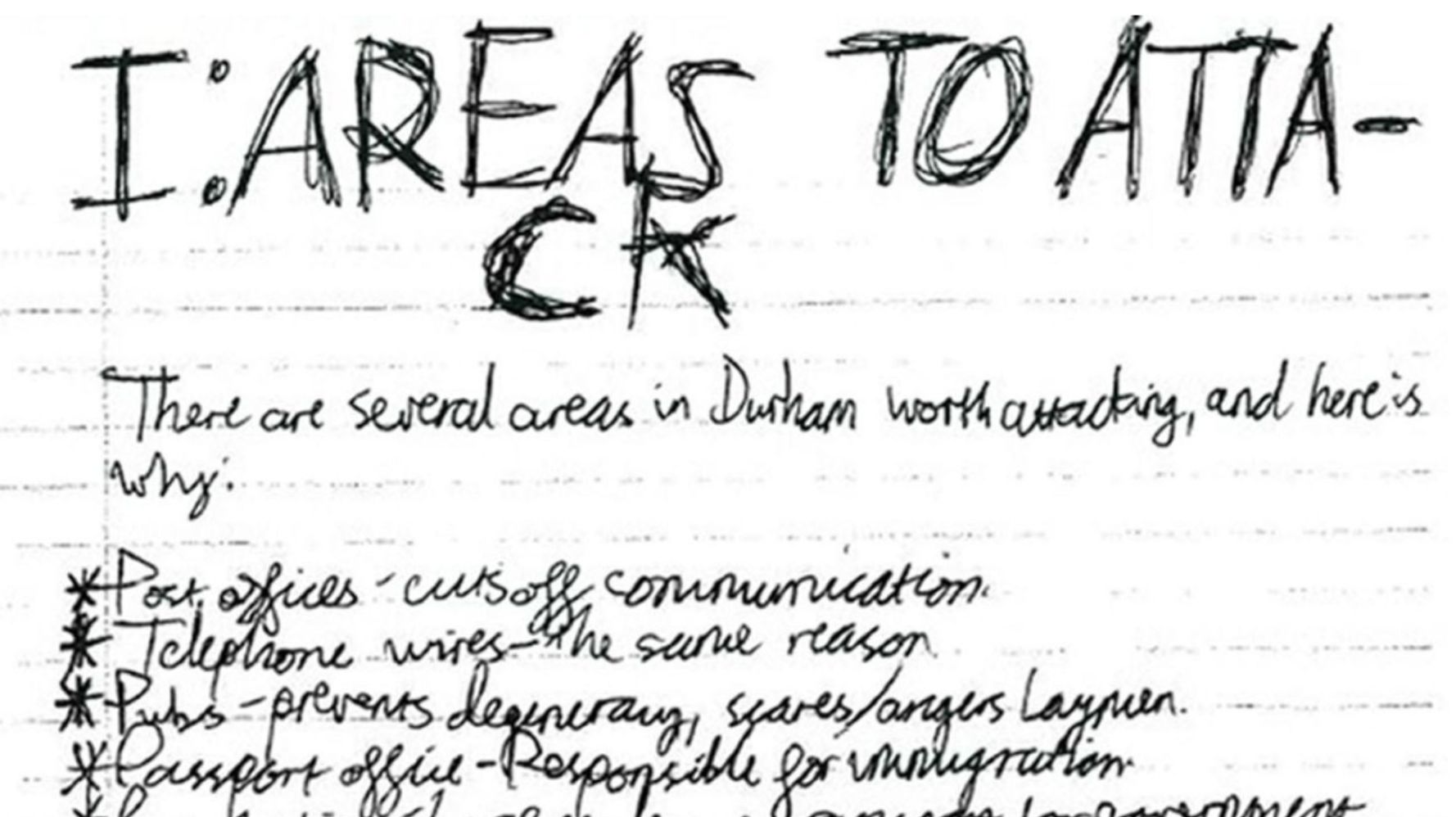 A neo-Nazi teen in the U.K. was sentenced to six years in prison after authorities uncovered a plot to attack schools and other locations.

The 17-year-old, who is not being named because he is a minor, was arrested last March in Durham after police found journals detailing planned attacks along with firearm manuals that were uploaded to a neo-Nazi website when the teen was 16.

He was sentenced Tuesday to six years and eight months at Manchester Crown Court, the BBC reported. He’s the youngest person to be convicted of planning a terrorist attack in the U.K. More from the BBC:

Jurors heard, in the course of his internet searches, he looked for a “map of synagogues in the UK” and “Newcastle synagogue”.

He also visited websites on firearms and was in communication with a gun auctioneer.

After his arrest in March, police found him in possession of instructions showing to make bombs and the poison ricin.

They also found he had distributed firearms manuals online by uploading them to a neo-Nazi website.

The teen also engaged in “prolonged, sustained searches of race-hate material and ‘lone actor’ attacks,” officers said, according to Sky News. Police added in their report that he “wrote of his pride as an alpha fascist youth member through numerous online platforms.”