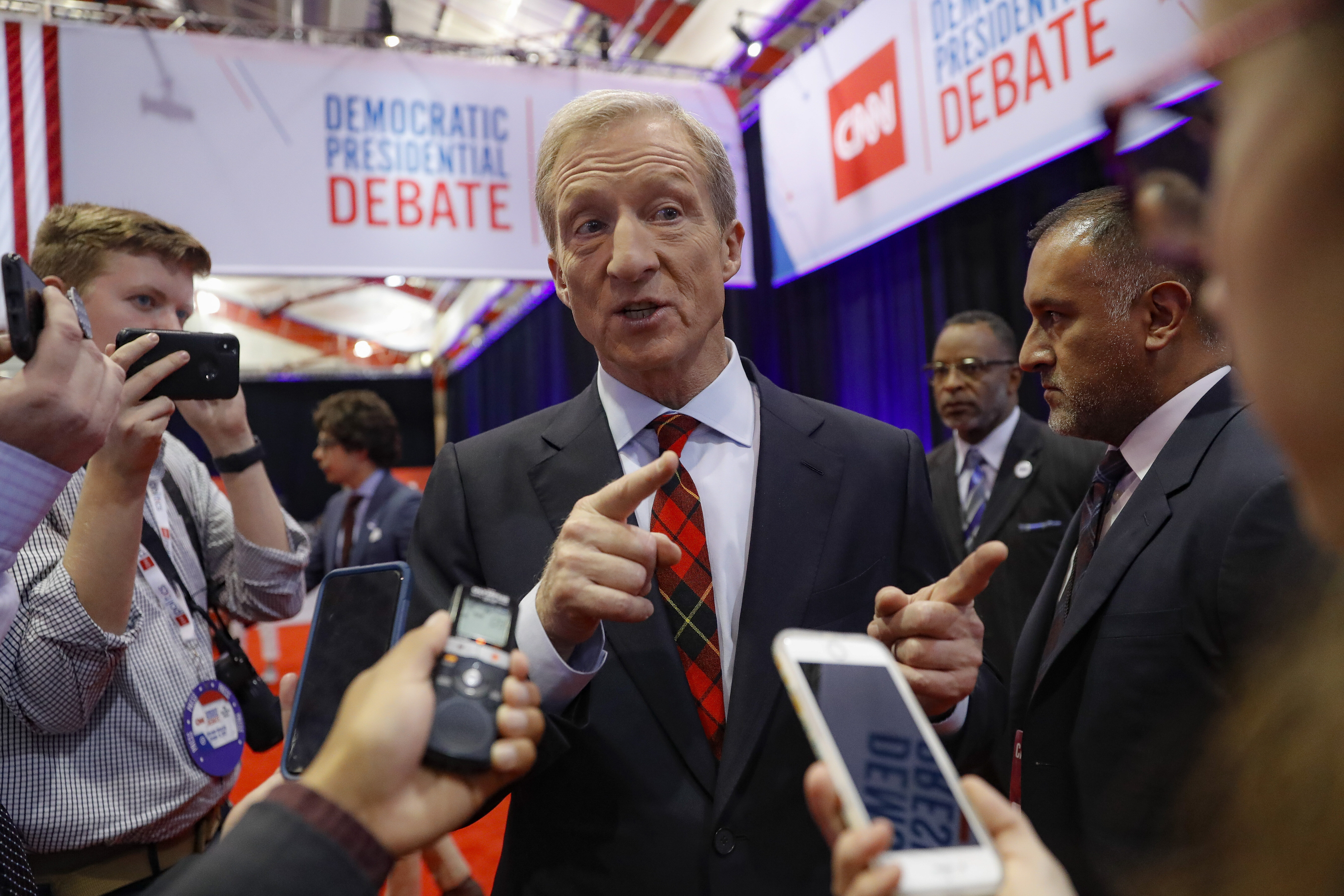 A staff member for Democratic presidential contender Tom Steyer resigned on Monday after he was accused of stealing volunteer data from the campaign of 2020 rival Kamala Harris.

Steyer’s campaign characterized the data breach as entirely unintentional ― and blamed mistakes by the Democratic National Committee and the South Carolina Democratic Party, of which Sims was previously an employee.

The state and national party organizations both challenged the claim.

Steyer’s campaign said the breach was allowed by a technical glitch that arose after the state Democratic organization briefly turned off voter file access to the Steyer campaign last week. When access was restored, Sims had “access to other presidential campaign data,” Steyer’s campaign manager Heather Hargreaves said in a statement, adding that Sims alerted the state party to the error “within minutes of realizing” it.

Steyer’s campaign told NBC News that the glitch apparently allowed Sims to regain the same level of access to voter data that he’d had when he worked as the state Democratic Party’s voter file manager, a role he vacated in September.

Steyer campaign spokesman Alberto Lammer faulted the state and national Democratic organizations for failing to “limit access” to Sims, according to the Post and Courier.

A state party official told NBC News, however, that Sims “used access he had previously been granted while working” for the organization to download Harris’ campaign data, the outlet reported. Sims “created and retained access to a separate user account via his personal email,” the official added.

State and national Democratic officials said they thwarted Sims’ attempt to download Harris’ data, The Associated Press reported. Trav Robertson, the state party chairman, said “all data downloaded by this individual was destroyed and was not provided to any third parties.”

Steyer’s campaign maintained that the breach was an accident and said Sims promptly contacted party officials about the problem. Lammer told the Post and Courier that Sims believed he was downloading Steyer’s data and not Harris’.

DNC spokeswoman Xochitl Hinojosa told the paper, however, that the DNC system showed Sims downloaded Harris’ campaign data three minutes after he informed the party that he had unauthorized access.

“We are talking about 180 seconds in a system that is notoriously inaccurate,” Lammer said. “And the DNC is not disputing the key fact that our employee proactively approached them to inform them of the matter. The bottom line is that nothing would have taken place if the DNC had been more diligent about the security of voter data.”

Steyer’s campaign said it wiped Sims’ computer clean to ensure all of Harris’ data was deleted. The campaign added that it had put the staffer on administrative leave over the weekend while it investigated.

Steyer, a billionaire philanthropist and environmental activist, told CBS News after a Las Vegas event on Monday that he would “find the truth” about the incident.

He later tweeted his disappointment and said he personally reached out to Harris.

I was deeply disappointed to learn of this situation, and have personally reached out to @KamalaHarris. To every organizer who is putting in the work for a candidate they believe in: I’m grateful for your efforts. Your hard work is what will defeat Donald Trump in 2020. https://t.co/5uAj2cyAuA

Harris has not commented on the data breach herself, but her staffers threw shade at Sims.

“Can’t buy hard work,” Harris’ communications director Lily Adams wrote on Twitter in response to a tweet about the allegations against the Steyer aide.